Just about everything tends to move at lightning speed in the world of cryptocurrency. Coin valuations rise and fall as whimsically as breezes change their direction; new coins are born and others ‘die’ nearly every day. Stories of huge fortunes made and destroyed in the cryptosphere are practically commonplace.

Therefore, it’s not surprising that the cryptosphere has been difficult to regulate. For one thing, democratic governments around the world are designed to have due process–in other words, things take time. For some regulators, this has been a frustrating factor; citizens have gone without protections, and governments haven’t been able to efficiently collect taxes on revenues made from ICOs or crypto trading.

Some governments have gone the way of the iron fist–in a sweeping set of bans starting in Q3 of last year, China ultimately outlawed both the practice of holding ICOs and domestic cryptocurrency exchanges. Other countries, like the United States, have taken a rather ‘slow-and-steady’ approach toward crypto regulation–perhaps, until now.

Crypto Confusion: Regulation From All Angles Leaves Some Things Unclear

Over the past several weeks, various branches of the United States federal government have begun to take increasingly public actions regarding the regulation of cryptocurrencies. However, a lack of coordination amongst these various branches has left industry participants scratching their heads, as Managing Partner at MultiCoinCap Kyle Samani pointed out on Twitter:

Hard to be both

Last week, the SEC sent out a wave of subpoenas to dozens of cryptocurrency firms across the country. Then, a letter from a FinCEN (Financial Crimes Enforcement Network) official to Oregonian Senator Ron Wyden stating that cryptocurrency firms must comply with the Bank Secrecy Act was made public on March 6th. Just yesterday, Federal Judge Jack Weinstein ruled that ICO tokens can be legally classified as commodities.

Meanwhile, the SEC and its Chairman Jay Clayton have peppered the news with the latest rounds of statements regarding which laws apply to whom.

The SEC’s most recent target? Crypto exchanges. “If a platform offers trading of digital assets that are securities and operates as an ‘exchange,’ as defined by the federal securities laws, then the platform must register with the SEC as a national securities exchange or be exempt from registration,” the SEC said in its “Statement on Potentially Unlawful Online Platforms for Trading Digital Assets.” 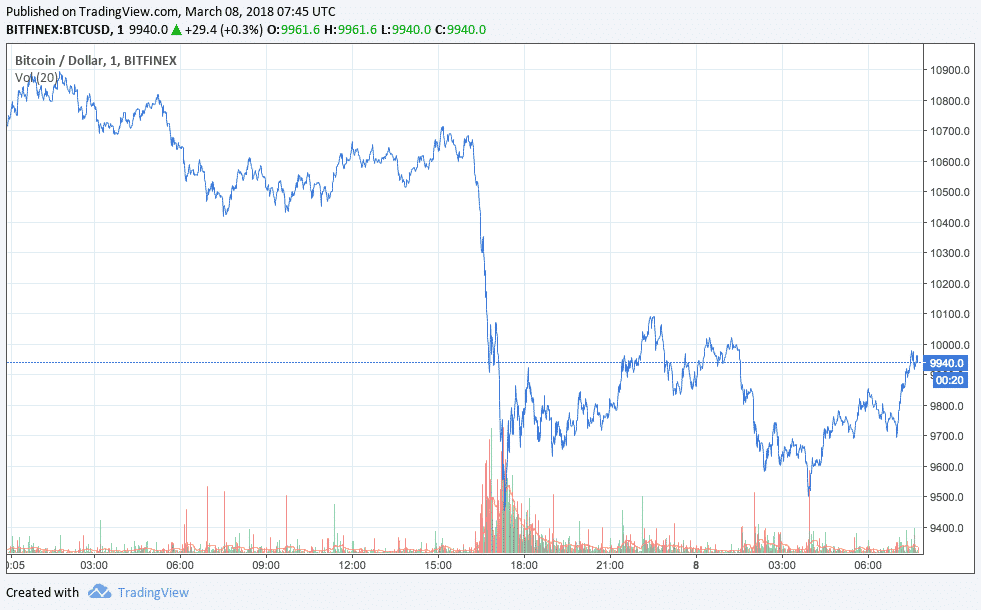 Ryan Schoen, senior financial services policy analyst at Washington Analysis, told CNBC that “I think the next step here will likely be subpoenas to exchanges, if they haven’t already started. That alone may prompt some voluntary de-listing of tokens that clearly run afoul of securities laws.”

“Federal Regulation is Only a Matter of Time”

David Woliner, Head of Financial Regulation at the Tel-Aviv based Porat & Co. Law Firm, explained that even without the recent regulatory moves from the US government, “in a way, federal regulation is already out there.”

In other words, cryptocurrency firms who have been making efforts to be compliant with federal laws have chosen to work with the regulatory framework that exists for more ‘traditional’ financial entities. Specifically, says Woliner, “many businesses involved in cryptocurrencies chose to register as Money Services Businesses (MSBs) in US states allowing them to register as such.”

“MSBs have registration requirements and a range of anti-money laundering, recordkeeping, and reporting responsibilities under the regulations of the Financial Crimes Enforcement Network (FinCEN), a federal agency,” he explained.

“Given the growing applicability of securities laws to ICOs, and the evolving classification of tokens as being (or not) securities, it would be fair to say that federal regulation is only a matter of time.”

Cryptocurrency Regulation in the World at Large

Woliner explained that while crypto regulation in the US is certainly a white-hot topic, there also “seems to be a large consensus that cryptocurrency regulation is the order of the day… [on a] global stage.

“The cryptocurrency world is currently a gigantic sandbox where regulators are trying, with (or without) the help of parties and actors from the cryptocurrency space, to figure out the best way to tackle with the challenges posed by this industry,“ he said.

Indeed, some industry participants around the globe have formed their own self-regulatory bodies, including Digital Asset and Blockchain Foundation of India (DABFI), and CryptoUK.

President and Chief Legal Officer of Blockchain Marco Santori said on Twitter that he believes that crypto firms have a responsibility to work with governments to create a well-informed, supportive legal framework:

What a nightmare this is. SEC says “all ICOs” its seen are sales of securities, but FinCEN says they are “generally” money transmission.

But by law, they can’t be both.

As an industry, we must do a better job of educating our governments.https://t.co/KUaX6uoehs … @coincenter

David Woliner explained that on a global scale, the “short term” of regulatory action surrounding cryptocurrency is likely to focus on enforcement, “especially with regards to ICOs.”

This is because “some of the practices in the ICO world are such that regulators cannot disregard and require immediate action. This will likely affect the number of ICOs conducted, but not necessarily the amounts raised through ICOs. It is all about acknowledging that there are some basic rules you must adhere to.”

In a longer-term sense, however, “we will see, hopefully, a mature industry evolving within the regulatory frameworks which will be tailored and applied to its characteristics, resulting from the sandbox programs launched by many regulators around the world.”

“Regulators are likely to mature and evolve alongside the industry, but a keystone to achieving that is through a constant and open-minded dialogue between regulators and industry players,” Woliner added.

Regulation Has the Power to Strengthen and Legitimize the Cryptocurrency Industry

Despite the impending difficulty for industry participants that may come as a result of new regulations on cryptocurrency inside and outside of the United States, the industry could stand to be improved by a healthy set of regulations.

This is evident in Japan’s Virtual Currency Act, a piece of legislation that legitimized Bitcoin and Ethereum as legal forms of payment in April last year. Many credit the VCA with much of the astronomical rise of both coins throughout May and June of 2017 (and beyond.)

“I think the participants in this market want a credible marketplace,” he added.

The entire cryptocurrency market slumped on average by more than 10 percent yesterday. The cause was the rumor that the...