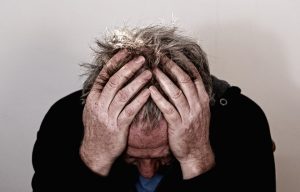 Ripple might be enjoying a positive year in terms of the partnerships it’s forged, but litigation is still an issue. In September, the company’s general counsel, Brynly Llyr, left following mounting legal pressure. At the heart of the matter is how Ripple has distributed its XRP coin (the token used on the Ripple blockchain). Unhappy with the process, a number of investors have filed class-action lawsuits against Ripple, alleging that it has violated US and state-level securities regulations.

The ongoing debate as to whether XRP is an illegal securities offering or not is one that looks set to rage indefinitely. Indeed, with much of the debate striking at the core of what a cryptocurrency really is, representatives on both sides are having to navigate previously uncharted legal waters. Fortunately, for those involved, a recent settlement with R3 means they now have more time to focus on this potentially damaging issue.

The Ripple/R3 Battle Comes to an End

Along similar lines to its securities battle, Ripple found itself fighting R3 over an agreement that went sour. After partnering with Ripple, R3 sued the company in September 2017 for violating a purchase clause in the contract. As per the blockchain startup’s filing, Ripple had agreed to sell up to five billion XRP tokens to R3 for $0.0085 per unit. The discounted sale was open until the end of 2019, but R3 claims Ripple reneged on the deal. Under today’s XRP trading price, R3 would have been able to purchase approximately $1.3 billion worth of tokens for just $42.5 million.

In its defense, Ripple claims its partner violated the terms of their deal and, therefore, the purchase offer was invalid. Despite the back-and-forth, the two tech companies have agreed to settle their case out of court.

“R3 HoldCo LLC, R3 LLC, Ripple Labs Inc. and XRP II, LLC announce that they have reached a settlement of all outstanding litigation between the parties. The terms of the agreement will remain confidential and both sides look forward to putting these disputes behind them,” reads the official statement.

For Ripple, the settlement is an end to a multi-billion-dollar headache. Internally, the company executives and legal experts will be breathing a sigh of relief, but the saga could leave a sour taste in the mouth of investors. Since launching its blockchain, Ripple has been pushing to become the bridge between cryptos and the financial world. Successful xRapid trials have shown that the network has real utility and that’s led to high-profile relationships with American Express et al. For the overall value of Ripple and the XRP coin, these innovations have been fantastic. However, the R3 case could prevent further investment.

If companies and investors believe Ripple’s position as the majority XRP holder is detrimental to the blockchain, they may look elsewhere. Financially, that’s bound to hurt both Ripple and the project itself. However, the bigger issue is the relationship between profit-making ventures and open source technology. At their core, blockchains are designed to be decentralized systems that no single entity can control. The Bitcoin started this way and, despite issues with certain countries dominating the mining pools, this is largely still the case. In contrast, Ripple has a certain amount of control over XRP tokens.

In fact, there are those that argue XRP isn’t a cryptocurrency. Taking aim at the blockchain in July, BitTorrent creator Bram Cohen called it nothing more than a “centralized token accounting system” that any “idiot” could have set up. In addition to Ripple holding the advantage when it comes to XRP tokens, the company also holds a Unique Node List. These servers are used to validate transactions on the network and, in theory, Ripple has the ability to add or delist servers at will. On a theoretical level, this level of control is a major problem for crypto purists.

However, the bigger issue could come at the commercial level. If businesses believe Ripple has too much control and recent litigation sets the tone for future relationships, they’ll start pulling back. The counter to this is that the Ripple blockchain is improving financial transactions using decentralized technology. What’s more, there is some sort of authority. For financial institutions used to old ways of operating, central authorities are the norm. Ripple offers that and this may be why it’s having some commercial success. However, the way control is being exercised may have to be adjusted if the company wants to keep investors onboard and avoid future litigation.

The post Ripple Settles R3 Dispute but Underlying Issues May Still Destroy the Blockchain appeared first on The independent republic.