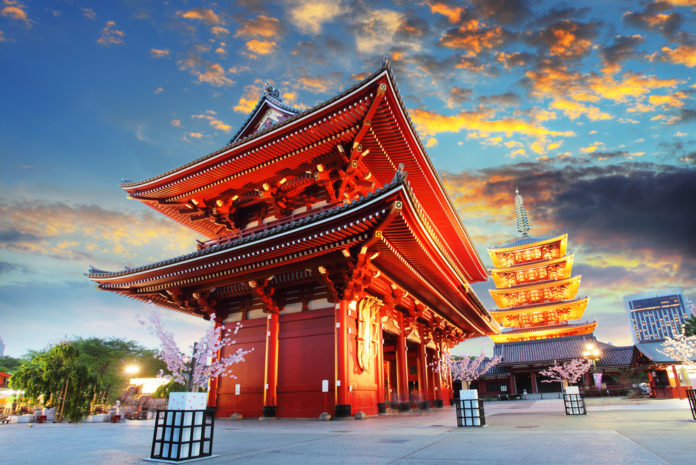 The Summit of the Bitcoin Splitters takes place in a befitting environment: right in the center of Tokyo, the first epicenter of a digital currency quake. From their meeting place, more than 400 participants of the three-day “Satoshi Vision Conference” of Japan’s emperors can see the roof. Satoshi Nakamato was the pseudonym of the person or group that came up with Bitcoin in 2009. And in the building, the participants are now discussing the future of the new digital coin “Bitcoin Cash”, which split off from Bitcoin in August after a heated argument.

The emotions are still high on this topic. The otherwise sober participants in the hall rejoicing when, on Saturday, Roger Ver takes the stage, one of the initiators of the break-up. Earlier, the first big Bitcoin investor was celebrated. Now he is demonized by followers of the primeval Bitcoin as Judas. His opponents accuse him, among other things, of deliberately misleading customers, pretending to buy bitcoin cheaper with Bitcoin Cash.

However, the 39-year-old owner of Bitcoin.com, a mix of news site, digital wallet, and new currency coin service provider, dismisses this as slanderous. For him, Bitcoin has changed, not himself. His message has been the same for seven years, he explains to listeners in Tokyo, where he lives for about half the year. He wants to create a decentralized digital currency that will bring more freedom and prosperity to the world.

His speech is more like a sermon, and the free market is his God. “The more economic freedom prevails in countries, the longer people live,” exclaims the avowed supporter of libertarian ideas. Applause surprises. Education is also higher and infant mortality lower. Again there is applause. “And Bitcoin and other digital currencies are the best way the world has ever seen to reach these goals.” His followers clap even more intensely.

He peppered his speech with attacks on the creators behind the original Bitcoin, which is often called Bitcoin Core in the community. They would want to censor dissenters, to create digital gold instead of a means of payment not controlled by the state, central banks or banks. Everyone will realize that Bitcoin Cash is the real Bitcoin, he orakelt. Then comes his appeal to the disciples in the auditorium: Bitcoin Cash will become the currency of the world, calls Ver. “Let us all return and spread it in the world.”

To call Bitcoin Cash the winner of the Bitcoin dispute, however, is still a daring forecast. Especially among the hard-hitting Bitcoin supporters, the idea is likely to encounter as massive a contradiction as the person of Roger Ver. And Bitcoin developers can point to the spread of currencies. Although Bitcoin’s market share in the crypto-currency world has plummeted from over 80 to 45 percent over the past twelve months. But Bitcoin Cash has been little used.

But many customers should and should not care about the dispute among Satoshi’s disciples. They are concerned with the future viability of their investments. And her biggest problem at the moment is to keep track of things in an unpredictable, difficult-to-understand dispute.

The South African Brett Scott, who deals with the many of the new currencies as a “wandering economic explorer”, can understand the helplessness of some followers. “From the outside, it looks as if it is about different readings of the same sacred text.” Only divide the spirits, unlike during the Reformation 500 years ago not on the virgin birth of Jesus or the role of the Pope, but on technical details of Satoshi’s creation. More specifically, it’s about the “scaling debate,” the question of how Bitcoin needs to be changed to handle the rapidly growing number of transactions.

The dispute is essentially about the size of the blockchain, the register in which the transactions are entered. Satoshi Nakamoto had given her size in his White Paper with a megabyte. However, at peak times, the size was no longer sufficient to accommodate all transactions.

Money transfers became slow and expensive. At the height of the Bitcoin boom in December 2017, transactions cost $ 45, if you did not want to wait long for an entry in Blockchain. Thus, Bitcoin actually lost the function as electronic cash, which has already been approved in Japan by the state.

The core developers now wanted to maintain Satoshi’s block size and proposed to develop a second transaction layer on Bitcoin using the so-called Lightning network. However, other Bitcoin fans, such as Ver, saw it as an attempt to replace the system of bank and central bank-free payments between individuals with a centralized system.

Instead, the Bitcoin Cash founders proposed to increase the size of the blockchain to keep Satoshi’s vision of new free cash. In May the size is to be increased from eight to 32 megabytes. However, critics accuse the splitters, among other things, of favoring primarily the big “miners” who are promoting the new digital Bitcoin with ever more powerful computer systems. Because larger block sizes also require more computing power.

From trying to program the future

The road to division was lined with evil insults, personal accusations and hurt feelings. “There are really many radicals on both sides”, a neutral visitor of the Vision Conference still shakes his head. But meanwhile the developers on both sides concentrate more energy on the further development of their products. Because on the way to permanent breakthrough, there are still plenty of challenges for both currencies.

At the conference, the Bitcoin cash community discusses issues of security and, above all, new services. One of the biggest planned innovations is the use of the blockchain for two things that make the rival currency ether so popular. For example, developers are considering how to integrate smart contracts – as well as “tokens”, digital tokens that, for example, represent assets such as real estate or company shares.

But many visitors simply want to clarify whether they even want to get into Bitcoin Cash. Chinese miners are here. One who wants to remain anonymous is still skeptical whether he also wants to mine Bitcoin Cash. He has heard that one of the biggest backers, Chinese mega-miner Jihan Wu, dominates the currency with a huge Bitcoin cash holding. So he wonders if there is enough for himself.

American Lizzie Lacey, a self-appointed development aid worker in Africa, wants to find out if Bitcoin Cash in South Sudan could replace the collapsing national currency. Others are looking for business opportunities or suggestions. Some may also return to Tokyo for a Bitcoin Core community conference in October. After all, many interested parties are ultimately interested in the business.

How the competition of the monetary siblings will go out is still open. Nikita Zhavoronkov from the web-based search and analysis service for Bitcoin and Bitcoin Cash, on the one hand, is observing that the use of Bitcoin is declining. But his numbers also reflect that Bitcoin Cash, apparently his personally preferred currency, is far less worth trading and less traded than Satoshi’s older scion. However, Zhavoronkov remains confident about the new creation: “My slides do not look good, but there is some good news.”

It even sent a speaker to the conference for conference, who was allowed to open the three-day conference on Friday as the first keynote speaker. The engagement was not an ideological decision, says Jerry Chan, the head strategy of SBI Crypto, the crypto-currency arm of the expanding financial institution. “For us as a company, it is not a holy war, but very simply an economic decision,” says Chan Handelsblatt. “We believe Bitcoin Cash is the best public blockchain.”

In his view, the spin-off suggests that the creators have pledged to keep the fees as low as possible for as long as possible through free competition of miners, thereby enabling companies to make profits. With the limitation of the block size with the Ur Bitcoin reliably low transaction fees are not secured for him.

Not every person can completely manage his own money, as the Bitcoin disciples imagine, he says. But he also hopes that decentralized digital currencies can provide people with more economic freedom through choice. “It does not mean that all people have to become their own bank,” Chan concludes, “but that they can become their own bank.”

How the 4th Pillar Platform is Helping Prevent Deforestation

The 4th Pillar is changing the way the Human Resources industry functions, thanks to its blockchain-based platform. However, it’s easy...