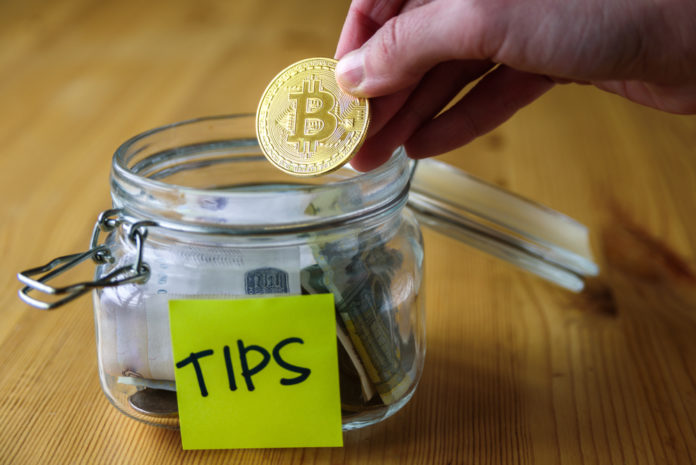 The Lightning Network becomes more practical. A new app called Tippin allows you to donate at the touch of a button via Twitter. An important step towards the suitability for everyday use has been made.

One of the basic ideas behind Bitcoin was to enable the payment of even smaller amounts, thus establishing Bitcoin as an everyday means of payment. In the original version, however, soon encountered difficulties with this ideal. Payments lasted between ten minutes and one hour, and as the number of users increased, fees rose. The Lightning Network tries to solve this problem. The now world-famous London taxi driver Dave Jenkins already uses this network. A customer paid for it within two seconds at a fee of less than one euro cent.

That the CEO of Twitter, Jack Dorsey, has great interest in Bitcoin, was last known in relation to the number one app in the Google Play Store in the category of finance called Cash App. The developers of the app Tippin have now launched a Google Chrome extension. This can be, via Twitter, Send Bitcoin via the Lightning Network. In addition to the conventional buttons for “Like” and “Retweet” then appears a small Lightning icon. All you have to do is go to the internet with Google Chrome, install the extension and sign up for Twitter and you’re ready to go. The developer of Tippin, Sergio Abril, on:

In my opinion, gratuity payments will be of tremendous importance now that the Lightning Network is rolling. For the first time we can send small amounts almost for free, which is incredibly fast.

Abril also wants to make Tippin workable for other social networks. One of the bigger problems, however, is the attachment to a guardian, ie the user of Tippin does not have complete control over his credit. This is mainly due to the associated easier handling of the app. But Abril also wanted to work on that, now that the whole thing is beating so big waves. “

Of course, the Lightning Network is still in beta, so we still have some time until it appears in the final version.