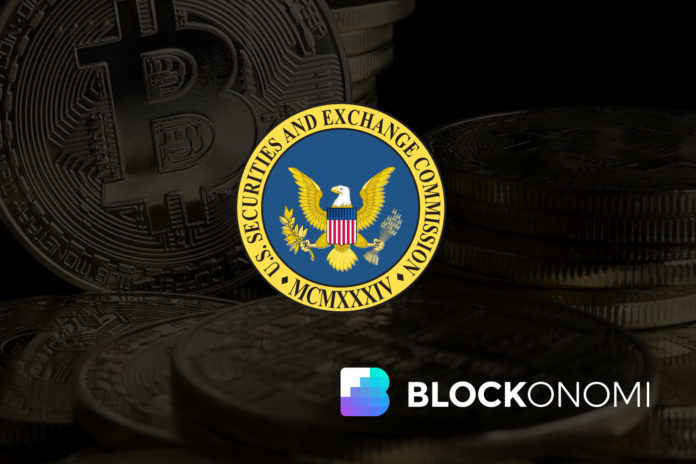 Jay Clayton, the Chairman of the United States Securities and Exchange Commission has confirmed statements made by SEC analysts in 2018 that not all cryptocurrencies are securities. The head of the regulatory agency also highlighted the need for a more nuanced discussion about what constitutes a security in the eyes of the SEC as far as the emerging cryptocurrency landscape. Clayton also praised the Commission’s transparency in dealing with matters relating to the regulatory status of cryptocurrencies in the United States.

Not All Cryptocurrencies are Securities

In a letter dated March 7, 2019, Clayton responded to inquiries earlier made by Rep. Ted Budd, R-N.C., concerning comments made by William Hinman, the head of Corporate Finance at the SEC, in mid-2018. Back in June 2018, Hinman while delivering a speech, declared that Ethereum was not a security.

According to Clayton, the Commission does not consider Ethereum, the second-largest cryptocurrency in the market to be a security. This is despite the fact that Ethereum did carry out an Initial Coin Offering (ICO) back in 2014.

For Clayton, the question of whether a cryptocurrency fits the bill of a security depends mainly on the provisions already set forth by federal securities laws, as well as, the Howey test. An excerpt from the letter elaborating on the matter reads:

“The ‘touchstone’ of an investment contract ‘is the presence of an investment in a common venture premised on a reasonable expectation of profits to be derived from the entrepreneurial or managerial efforts of others.’ The determination of whether a digital asset is an ‘investment contract’ depends on the application of Howey and its progeny to the particular facts and circumstances of the digital asset transaction.”

Concerning Hinman’s statements, Clayton expressed his agreement with the former’s analysis. The classification of Ethereum as not being a security was a highlight of the speech. With this letter, it appears the Commission agrees with Hinman that Ethereum is indeed not a security. Also, in June 2018, Clayton identified Bitcoin and similar cryptocurrencies which are substitutes for fiat currency as not being securities.

A Nuanced Approach to the Utility vs. Security Debate

While stating that there is an already laid down set of guidelines for determining the regulatory status of a cryptocurrency, Clayton did admit that given the unique nature of virtual assets, the question of whether a token is a security or not might require a more nuanced approach.

According to Clayton, the SEC continues to employ a transparent process of engaging with stakeholders in the industry concerning the regulatory status of cryptocurrencies. In the letter, the SEC chief declared that the Commission has established numerous initiatives aimed at assisting industry players to become more compliant with regulatory provisions.

However, there are many commentators who believe that the SEC’s stance on ICO tokens being securities will negatively impact the growth of the industry in the United States. A group of Congressmen at the back end of 2018 began preliminary parliamentary procedures to create legislation that would exempt cryptocurrencies from securities law.

In 2019, states like Colorado and Rhode Island are in the process of passing laws that would exempt ICOs from being subject to state securities regulations. The lack of consensus among regulators in the United States over whether cryptocurrencies are utilities or securities has led to a patchwork of different regulations in many states.

Meanwhile, the SEC chief insists that the Commission will continue to remain vigilant, stamping out instances of fraud and other violations of federal securities law. Since 2017, the SEC has clamped down hard on ICOs in the United States with numerous arrests and project shutdowns recorded in the process.

The post SEC Chairman Clayton: Agrees Ethereum is No Longer a Security appeared first on Blockonomi.

March 13th, 2018, Shanghai – Work on Skycoin began in 2011 with the merging of three separate projects that aimed to improve upon the...