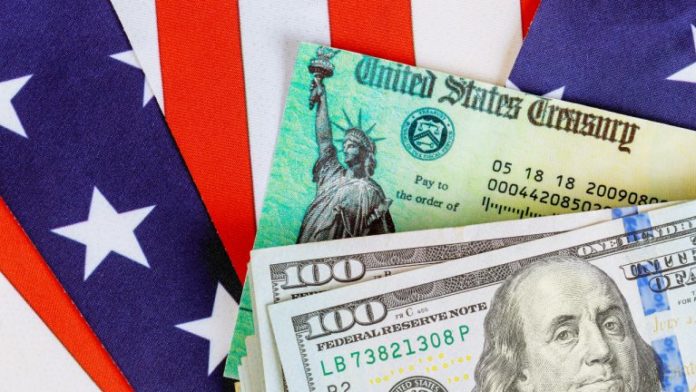 Negotiations on a new coronavirus aid stimulus package are still underway as Americans wait to receive their second round of stimulus checks. House Speaker Nancy Pelosi, President Donald Trump, and Senate Majority Leader Mitch McConnell have their own ideas of when the next stimulus package with direct payments to Americans will pass.

US Lawmakers Push to Pass a New Stimulus Package Soon

U.S. lawmakers have continually been discussing the next stimulus package to help Americans cope with the coronavirus pandemic-led economic crisis. Americans have been waiting for the second round of $1,200 stimulus checks after the first round was approved as part of the CARES Act.

House Speaker Nancy Pelosi has proposed the $2.2 trillion revised HEROES Act while the White House has made a $1.8 trillion counteroffer. Pelosi and Treasury Secretary Stephen Mnuchin have been talking almost every day on the terms of the next coronavirus relief stimulus package. While both agree on providing second stimulus checks to Americans, there are still several outstanding items they cannot agree on.

Many Americans are suffering without knowing when they can expect the next stimulus checks. President Donald Trump has made some bold promises as he tries to push for the next coronavirus relief stimulus package to pass quickly. He told reporters Friday:

We will have a tremendous stimulus package immediately after the election.

Pelosi believes that it will take longer than immediately after the election to pass a stimulus bill. The winner of the Nov. 3 presidential election will be inaugurated on Jan. 20, 2021. Expecting Joe Biden to win, she said in an interview with MSNBC Friday:

Certainly, we’ll have something at the start of the new presidency, but we don’t want to have to wait that long, because people have needs.

On Thursday, Pelosi took her stimulus package negotiations with Mnuchin public in what the treasury secretary called “a political stunt.” The house speaker published a letter she wrote to Mnuchin, outlining several outstanding items of their Covid-19 relief negotiations and seeking the Trump administration’s responses on them. She additionally pointed out that President Trump’s stimulus promise can only have meaning if he can get McConnell and other Senate Republicans to agree with their House counterparts.

Mnuchin responded by publishing a response letter to Pelosi on the same day. “I woke up this morning and read your letter to me in the press. Because you sent it to my office at midnight and simultaneously released it to the press, I can unfortunately only conclude that it is a political stunt,” he wrote. The treasury secretary proceeded to outline the discussions and disagreements he has been having with Pelosi. He also tweeted that Pelosi’s “all or none approach is hurting hard-working Americans who need help now.”

Meanwhile, Senate Majority Leader Mitch McConnell is less optimistic than Trump or Pelosi about when the next stimulus package will be approved. He told radio host Hugh Hewitt on Friday:

We probably need to do another package, certainly more modest than the $3 trillion dollar Nancy Pelosi package. I think that’ll be something we’ll need to do right at the beginning of the year.

When do you think Americans will receive their second stimulus checks? Let us know in the comments section below.