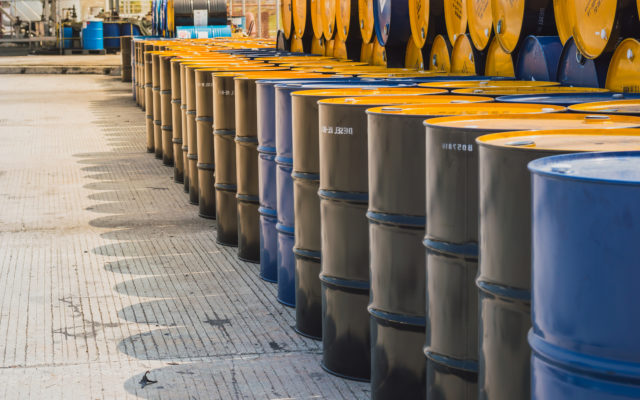 Oil markets have tumbled by about 30% on Monday morning, which was the largest single-day decline in 29 years. Brent futures saw their second-biggest decline in history, behind the crash during the Gulf War in 1991. What does that mean for Bitcoin?

Oil Demonstrates That Traditional Finance is Prone to Manipulations
The oil market is proving once again that governments and entities can stick their noses into traditional markets by shifting their natural progress and causing unexpected shocks.
On Saturday, Saudi Arabia said that it had cut its official oil selling prices and would boost production starting from this April. Thus, it effectively declared a price war and disintegrated the OPEC+ alliance that has been around for over three years. Saudi Arabia’s decision comes several days after Russia, a prominent figure of the alliance, refused to abide by the cartel’s call to deepen production cuts to fight the repercussions of the coronavirus epidemic.
Both Brent and WTI futures tumbled by about 30% in the morning, currently trending at around $36 and $33, respectively.
Saudi Arabia retaliated with lower prices and higher output despite the declining oil demand amid the virus outbreak. The situation is unusual, with many analysts expecting oil prices to further decline to $20.
Ed Morse, head of Citigroup’s commodities research, commented:
This is the first time I can recall that there has been a significant oversupply crunch and demand shock at the same time.
The recent events prove that the world will ultimately head towards a decentralized economy that cannot be shaken by the decision of a single government.
Is Bitcoin the Ultimate Winner?
The Bitcoin price has broken below the $8,000 level for the first time since January 10, as the oil market drop hit investors’ appetite. The stock markets and the fiat currencies of oil and trade-reliant countries crashed as well. This, along with PlusToken activities, is putting pressure on the Bitcoin price.
However, the effect of the oil market shock will have long-term consequences on the political and economic picture, which would prompt investors to seek safe-havens like Bitcoin.
Russia wanted to preserve its economic growth by refusing to cut production last week, but Saudi Arabia wanted to show that it has the leverages to punish it. The last time when the oil market crashed by that much, the Soviet Union was forced to be dissolved. Is this a signal to Vladimir Putin? The Russian president is planning to change the constitution so that he could continue to stay in power, but Saudi Arabia has other plans for the man who supported its rival Bashar al-Assad, the President of Syria.
The world economy will experience major shifts, and Bitcoin is the safest refuge to go at the moment.
What do you think about the situation in the oil market? Share your thoughts in the comments section!