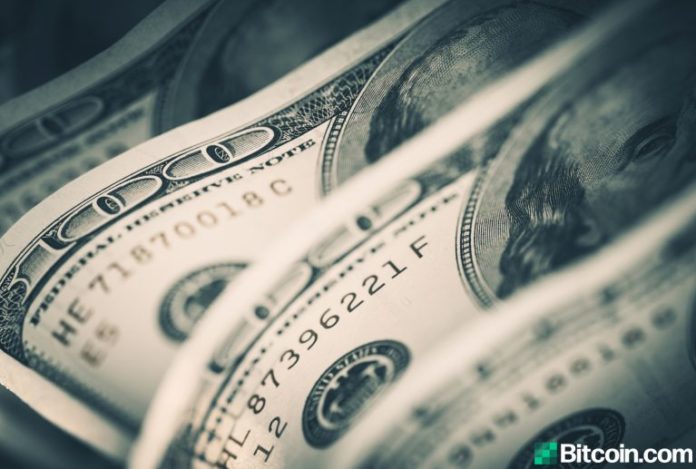 While most digital assets have been suffering, stablecoins have been surging since the market downturn in mid-March and tether (USDT) is capturing more than 70% of BTC trades today. Besides tether, a wide range of other dollar-pegged cryptocurrencies have also benefited this month, as the market valuation of eight different stablecoins combined is well over $7 billion.

Crypto assets have seen better days as far as market values are concerned and on March 30 the valuation of all 5,000+ digital currencies is around $182 billion. Today, more than $7 billion from that number represents eight stablecoins including USDT, USDC, PAX, TUSD, DAI, GUSD, BUSD, and HUSD. Most of that $7 billion derives from USDT’s market cap, as the firm Tether has reported it now has more than $6 billion in liabilities. Data shows that the total assets under the company’s control equal: $6,141,809,416. Moreover, there’s a slew of stablecoins with much smaller market caps, but still have seen greater demand since the start of the mid-March market rout.

On Monday, USDT is commanding more than 70% of trades, which is a lot but not very unusual these days either. As news.Bitcoin.com noted in our recent report about the influx of stablecoin demand, USDC and PAX have continued to remain in the top five BTC pairs globally. Both coins are gathering more than 5% of BTC’s global trades each and both of them combined have seen more trade volume than the U.S. dollar.

Over the past month, fiat-collateralized stablecoins built on Ethereum have seen substantial inflows.

Ethereum’s stablecoin economy is growing at a staggering rate. pic.twitter.com/Mp5Yl2k2hE

According to sites like coinmarketcap.com, there’s an alleged $118 billion in global crypto trades on March 30. BTC captures $36 billion of those trades and tether (USDT) commands $44 billion. However, stats from messari.io indicate BTC is leading in “real volume” with $1.4 billion in worldwide trades and USDT capturing $1.1 billion. Messari’s data also shows USDT’s reported market cap is larger than XRPs now.

It’s uncertain whether tether is actually doing 22% more volume than BTC, but lots of USDT stats indicate the volume is at least on par with BTC trade volumes regularly. In addition to Pax and USDC, the stablecoins HUSD and BUSD have seen increased demand as well.

Competition has increased a great deal among all the stablecoins and Justin Sun revealed Tron is launching a ‘DAI-like’ stablecoin called “USDJ.” The coin will allegedly be pegged to the USD rate by using collateralized digital assets.

The recent stablecoin demand was noticed by the entire crypto community and Coin Metrics discussed the situation in the firm’s latest report. “Stablecoin transfer value hit an all-time high amidst the market turmoil,” Coin Metrics wrote. The researchers added:

The dual impact of Bitcoin’s USD value halving and massive issuance of stablecoins led to stablecoins’ market cap as a percentage of Bitcoin’s doubling in a matter of days.

What do you think about the demand for stablecoins? Let us know in the comments below.