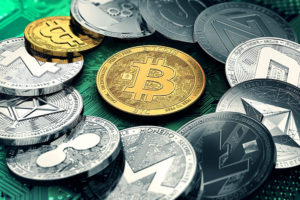 A San Francisco-based cryptocurrency lending firm has launched its service to the public via the Ethereum blockchain. Dharma Labs, which recently raised US$7 million from the likes of Coinbase Ventures in capital funding, has unveiled its new cryptocurrency lending platform, which enables anyone in the world to borrow and lend cryptocurrency within just a few clicks. The peer-to-peer platform is governed by Dharma’s smart contracts, which specify the crypto lending terms of each agreement.

Dharma’s unique selling point is that depositors of cryptocurrency to borrowers will receive a fixed interest rate of return on any digital currency they make available. However, the interest will only be earned when the cryptocurrency is used by the borrower. Those looking to borrow can use Dharma to secure a direct line of credit against their crypto without requiring a bank account or a credit check. They can borrow in the form of Ether (ETH) or Dharma’s own cryptocurrency (DAI) at “the most affordable rates on the market”, according to a spokesperson for Dharma.

Dharma: Leading the dawn of the cryptocurrency lending era?

It won’t just be Ether and Dharma that users can borrow in the coming months and years though, with the platform having plans afoot to introduce more cryptocurrencies. Dharma believes this revolution of cryptocurrency lending will help cryptos enter the mainstream of everyday life. The spokesperson for Dharma said that “cryptocurrency is, and should act like, money”. They added that people should be “able to use [their] crypto in everyday life, whether it’s earning interest, paying [their] bills, or taking out a loan”.

Thinking of Dharma like the cryptocurrency-exclusive version of LendingClub. Its platform has developed significantly since its initial whitepaper, which detailed a platform for outside parties to underwrite loans and act as a middleman for borrowers. Its current status means that Dharma can be considered a sole underwriter for crypto-based loans. The terms and conditions state that Dharma’s borrowers must put 150% of the value of their loan as collateral, with the option of borrowing ETH or DAI on 28-day terms with fixed interest rates.

The crypto assets will be able to be lent and borrowed from anywhere providing users have an active cryptocurrency wallet. Dharma’s spokesperson believes that by “freeing users from the shackles of Web 3 UX” and enabling users to send funds from any crypto wallet they prefer – hardware or mobile – they are more likely to engage with cryptocurrencies. Lenders of Ethereum (ETH) will earn rates of interest set at 2.5% per annum, while lenders of Dharma (DAI) will earn rates of interest set at 8% per annum. According to Dharma, more than US$1 million has already been lent to consumers via the platform, with a further US$1.6 million already available to borrow.

A credible decentralized lending option for crypto owners and investors

Dharma’s official statement concluded by saying that its platform is “beautiful and easily accessible, but importantly, it is also secure”. It adds that at “no point are Dharma users forced to give up ownership of their funds”. This compares favourably with “many of today’s popular crypto products and all legacy financial institutions”. They cited centralized cryptocurrency exchanges that have “lost billions in customer funds because they require users to relinquish control of their funds to a centralized custodian”. With Dharma, the lender or “bank” is always the user.

GoodDollar reached a key milestone in early April by becoming the first blockchain-based project to present at an international Basic...