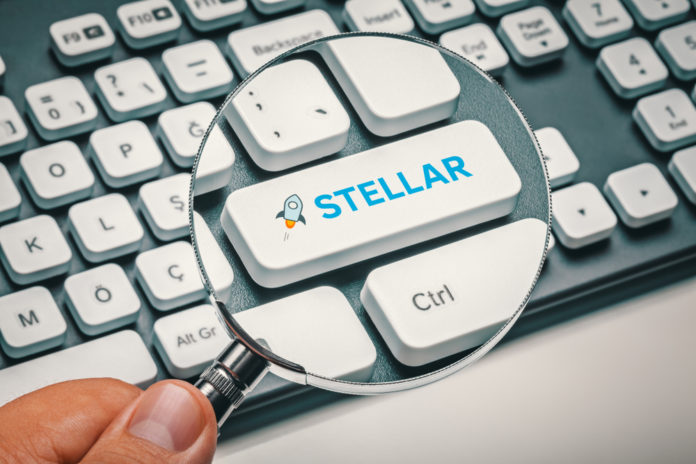 Anyone who has been keeping up with the hourly trends of bitcoin and altcoins must be aware that a faint bearish market sentiment is spreading all over. Stellar Lumens is one of the altcoins that’s welcoming a better run since Tuesday and is still at it. Contrary to other crypto markets which are now trading under the red zone, Stellar has managed to reach it’s April month’s highest price point ($0.46 USD). During past 24 hours, Stellar has gained investor’s and trader’s faith. Undoubtedly, Stellar is having a great run at the moment. The negative pressure building around the crypto markets led traders to prepare for significant losses in the next 24 hours but surprisingly, Stellar and verge prices remained in the green which indicates that there’s still hope. In this article, we shall find out how Stellar (XLM) managed to reach its monthly peak under such conditions.

What is Stellar Network?

The stellar network is known to make multi-currency payments possible and is favored by hundreds of thousands of traders, investors and crypto enthusiasts. the project started back in 2014 as a branch of Ripple because the co-founder, Jeb McCaleb had philosophical differences with the remaining members of the board of Ripple. A major difference between the two blockchain projects is that Ripple is focussed on providing solutions to banking systems but Stellar aims to ease payments between people. The Stellar development foundation is a non-profit registered incorporated in Delaware. Its funded by the initial creation of lumens. Stellar is not another ‘fast cryptocurrency’ due to the partner organizations who act as ‘anchors’ for the Stellar network. These anchors have also made Stellar trending across the border for its hassle-free payment features.

All About Stellar Lumens (XLM)

The currency used in the Stellar network is known as ‘Stellar lumens’ (XLM). When Stellar was started the total number of lumens created was approximately 100 billion. The transaction speed across the Stellar network is impressive since it takes only less than 6 seconds in addition to that the transaction fee is also low (approximately 0.0001 XLM). The annual supply of Stellar lumens increases by 1%. Although, lumens aren’t easy to buy. One cannot buy lumens using their credit card. The only way to buy lumens is from a reliable cryptocurrency exchange such as Binance, Coinbase, HitBTC and many more.

This feature has aided Stellar to reach its current rank among top 10 crypto giants of the world. With additional help from its anchor partners such as IBM which has announced its intention to use the Stellar network to move money across the border, the project is to rise even more when the details are clarified and finalized.

The stellar network acts as a decentralized distributed exchange and supports any type of asset added by the people using it. the ledger stores balance held by the user’s account and offer the user to buy or sell assets. There are many additional features of Stellar DEX such as ‘offers’, order book, passive offers, cross-asset payments and preferred currency.

The stellar network provides the feature of creating tokens with numerous advantages such as, whenever a token is created using the Stellar network, it is readily added to Stellar DEX. Some time ago all ICOs preferred Ethereum network but now the paradigm has shifted and there are successful ICOs being held on the Stellar network. one such an exemplary ICO is Mobius which is aimed to become the ‘Stripe’ for blockchain so that people can apply digital currencies for real-world payments.

The Stellar website is the source of knowledge because it displays a comprehensive number of documents, guides for developers who wish to integrate with the Stellar network. they also provide a RESTful API and software development kits which support many different languages.

Stellar has been under the green since the news of MobileCoin ICO emerged. The ICO which has raised $30 million USD not long ago was built on the Stellar network. the project seems to be focussed chiefly on privacy and has completed a successful ICO and has acted as a catalyst for lumens performance. MobileCoin is going to be a privacy-based token which is based on Stellar consensus protocol to reorganize mobile payments faster.

Yesterday, one of the largest cryptocurrency exchange Bitfinex declared the launch of Stellar trading on its platform. As a result, lumens experienced a rally which continues till the time of writing. The trading platform is introducing verge trading as well, in order to expand its offerings to customers. This addition holds great significance to the Bitfinex platform. The CEO has commented that Bitfinex is committed to extending the reach of its traders. Adding Stellar and verge is a result of that commitment. After the announcement, Bitfinex has seen a trading volume of $1.1 billion USD according to CoinMarketCap data.

The present individual price for Stellar lumen is close to $0.44 USD with an uptrend of 1.49%. Almost $77 million USD worth lumens have been exchanged within past 24 hours. The total circulating supply of Stellar lumens rests at 18.57 billion XLM.

It’s evident that Stellar is getting lot more interest than its other adversaries but it is still unknown how long will this rally continue. All we can ascertain about Stellar is that it’s a worthy investment and is bound to favor long-term investors.