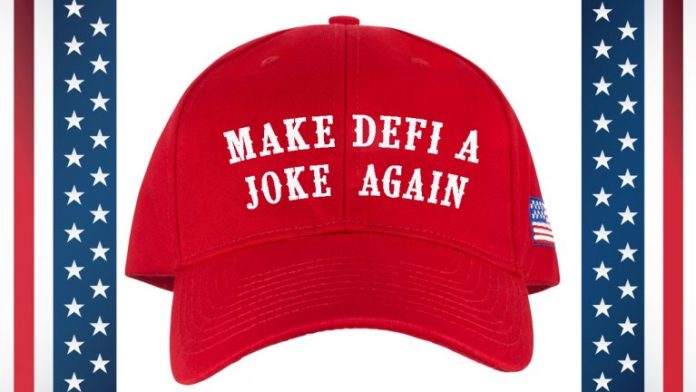 Sushiswap’s new leader and FTX CEO Sam Bankman-Fried tweeted on September 12 that the promised 2 million token airdrop would go on as scheduled. The process was expected to last up to two hours or less depending on network congestion.

The airdrop caps an eventful week for Sushiswap that started with the reported ‘exit scam’ by co-founder Chef Nomi and the return of the $14 million worth of ETH.

After initially defending his actions that are believed to have caused the price of the decentralized finance (defi) token to crash, Chef Nomi made the surprise decision. Furthermore, the still anonymous founder issued an apology for his actions and said he “will let the community decide how much he deserve(s) as the original creator of Sushiswap.”

In response to this show of contrition, Sam Bankman-Fried paid tribute to Chef Nomi for this decision, while reminding his Twitter audience of the founder’s earlier good work. The FTX CEO added that part of the returned ETH will now be used to fund the scheduled buyback.

Since taking charge, Sam Bankman-Fried has helped to initiate changes aimed at assuaging investors, some of whom are reportedly contemplating taking legal action. Meanwhile, following this latest announcement about the airdrop, YFI creator Andre Cronje tweeted that events tied to the Sushiswap fiasco have not helped the cause of defi.

In his reply to Sam Bankman-Fried on Twitter, Cronje said:

“LOL. Thanks for making defi a joke again. One step forward and ten steps back.”

Cronje suggested that the Sushiswap team is copying from the 2017 initial coin offering (ICO) scam playbook. The YFI creator then provided what he terms as an ICO scam checklist. The list includes an “airdrop, buyback, insane salaries, large team allocation, forked geth (Uniswap).” Less apology, more coding. Sushiswap needs you. Get back to work and build something that leaves a legacy. You chose Sushiswap over yourself, now just keep building.

In the meantime, the Sushi token has since partially recovered after dropping to $1.30 following Chef Nomi’s previous departure. At the time of writing, the token traded at $2.30. Despite the criticism, Sam Bankman-Fried and his team are confident that the surrendering control to the community pre-empts further events of developers making unilateral decisions.

What do you think of the Sushiswap airdrop? Tell us your thoughts in the comments section below.

Bitcoin This Week: All Eyes on Fed Meeting After $10,500-Rejection

Bitcoin closed last week with a brief jump above $10,500, a critical resistance target that excited traders into booking their...