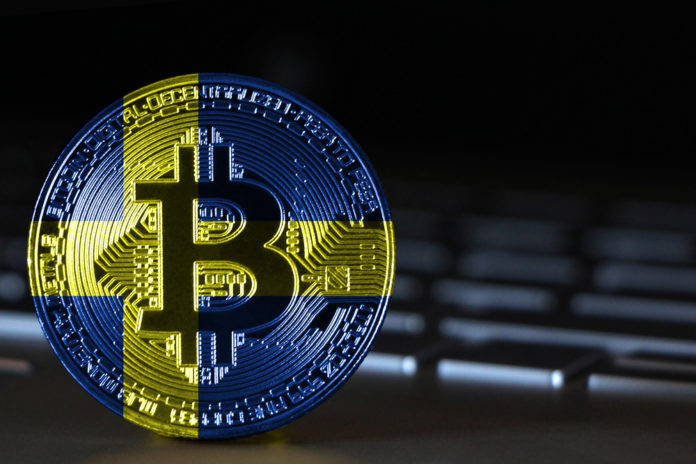 Stockholm. Hardly a nation is as practical in terms of cash as Sweden. As early as 1661, the kingdom was the first country in Europe to introduce paper money. Meanwhile, Sweden is also the country in the world where the least cash is used. And in a few years bills and coins should be almost completely eradicated. Namely, the Swedish central bank has been intensively examining the introduction of a cryptocurrency since 2017.

At the end of 2018, a report will be published. If that turns out to be positive, the country could already test the E-crown in 2019 with a limited pilot project, says Gabriela Guibourg, chief analyst for payment methods at the Riksbank, in an interview with the “press”. Sweden’s central bank could become the world’s first major central bank to introduce a state cryptocurrency. The signs multiply that it will happen. “About 350 years ago, we replaced large copper coins with bills. Now banknotes with electronic notes and coins can be replaced, “said central bank chief Stefan Ingves the newspaper” Sydsvenskan “.

Technically, the planned e-crown is based on the bitcoins. To guarantee counterfeit security, it should be based on the so-called blockchains like bitcoins. Each new owner of an E-crown leaves a signature.

But why does it need an E-crown at all? “When there is little or no cash left, the central bank’s mandate to guarantee market participants risk-free access to cash must be reconsidered. That’s why the E-crown, “explains analyst Guibourg,

According to her, the e-crown should possibly be a basic platform to which all actors – banks, companies, individuals and authorities – can join the central bank. A consumer could open an electronic purse at the Riksbank. Actors could then exchange money through their purses with each other at the Riksbank. Money senders and recipients would then be identifiable by name as for transfers. Criminals, terrorists and tax evaders may find it harder to act anonymously. In addition to the electronic purse, an anonymous form for “lower sums of money” is also being considered, according to Guibourg.

According to her, the E-Crown also offers a market-independent platform that banks, but also other players, can use. A private company could join the e-crown and settle its payments. But the business of the big banks will not threaten that, according to Guibourg. “They will adapt their business models.”

In addition, the e-crown could serve as an alternative if, for example, the banking system or the Internet fails due to a crisis. Central Bank chief Ingves stressed that physical money in a possible introduction of the e-crown in “three to four years” should not be completely abolished. “When the power supply collapses, electronic payments are no longer possible. To be prepared for anything, we still need bills and notes that work without electricity, “he said.

By the way, unlike Bitcoin, the e-crown should only be available in Sweden. “The e-crown is like the crown, with which you can only pay in Sweden,” says Guibourg: And she has a stable value. Much is still unclear. “We have no role models when it comes to how exactly we should design the e-crown and what its consequences are. But doing nothing is not an option for us “, as physical cash disappears, according to Vice Central Bank Chief Cecilia Skingsley.