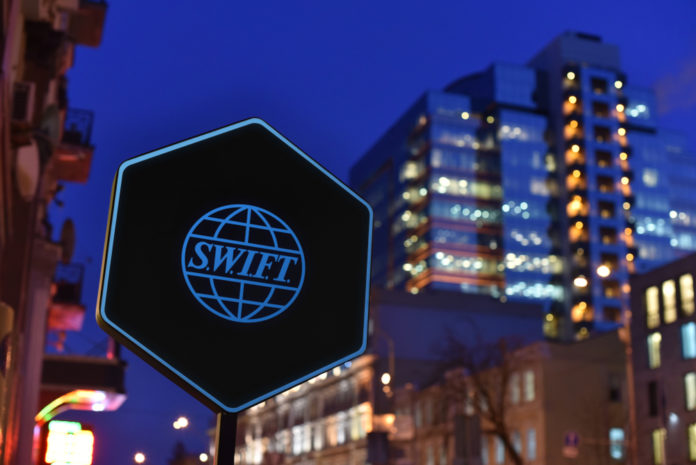 The SWIFT CEO Gottfried Leibbrandt today announced the start of a test series at the Fintech Forum in Paris. SWIFT will integrate R3 into its network. The blockchain company and the merger of many major banks R3 announced in December last year to use XRP as the base currency of its new application Corda Settler. And so Ripple Labs’ currency will be integrated into SWIFT, the world’s largest financial network.

SWIFT stands for Society for Worldwide Interbank Financial Telecommunications and this is the financial network of banks where the major financial and securities transactions take place. Particularly explosive here: The base currency of the Corda Settler is XRP. SWIFT CEO Gottfried Leibbrandt announced today at the Fintech Forum in Paris:

“During the day we announce the integration of R3”

With the spread of this news shoots in this moment, the ripple course in the air. At the time of this article, the XRP rate is bouncing + 10%. Maybe there is a lot more in it, because in Asia, where Ripple is also very popular, is already evening. And it can also be eagerly awaited which specific news will be published in the following hours and days. The Paris Fintech Forum will continue until tomorrow evening.

David E. Rutter, CEO of R3, said in a statement:

“Following the recent launch of our Corda Settler, allowing for the payment of obligations raised on the Corda platform, it was a logical extension to plug into SWIFT gpi. SWIFT gpi has rapidly become the new standard to settle payments right across the world. All the blockchain applications running on Corda will thus benefit from the fast, secure and transparent settlement provided through the SWIFT gpi banks.”