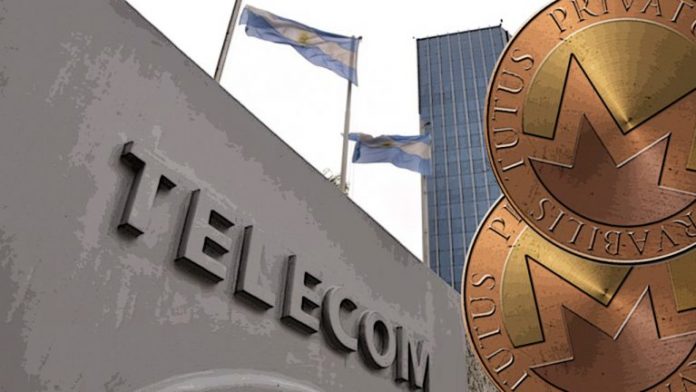 Telecom Argentina S.A has been hit by a ransomware attack and the cyber-criminals are demanding $7.5 million paid in the privacy coin monero.

The Spanish language site, elperiodista.com quotes anonymous employees stating that the attack started last Wednesday. Initially thought to be a small IT problem, the cyber-attacks have reportedly crippled the company’s IT systems.

Employees also told the publication that the company has advised workers not to open any files or emails. In a July 18 Twitter post by one user, Alex Kruger, the cybercriminals are threatening further action unless their demands are met.

Images shared in the same Twitter post suggest the criminals want the payment made before 21 July. If the telecoms company fails to pay before the deadline, the ransom demand will double while systems remain locked.

The attack on Telecom Argentina S.A follows last week’s Twitter hack and the associated bitcoin (BTC) donation scam. The scammers asked victims for donations in bitcoin, which can be traced. However, the firm Elliptic claims a fraction of the Twitter hack-associated BTC was mixed using a coinjoin mixing application Wasabi.

Monero, on the other hand, is privacy-centric and some exchanges have delisted the coin for such reasons. Still, others are querying the unusual sum demanded and the fact that attackers want monero (XMR) for payments.

Tim Ismilyaev, CEO and Founder at Mana Security, argues the coin has lower liquidity on exchanges, which makes it unsuitable for large cashouts.

Ismilyaev says about “99% of ransomware attacks use bitcoin for this reason.”

He adds that “it’s especially strange to ask for $7.5M in monero – it’s about 13% of daily trading volumes and would significantly impact the price.” Ismilyaev suggests there could be another motive behind the attack.

“I think attackers don’t expect Telecom Argentina to pay such a big check, but they probably already have monero and want to sell it for a better price after the price pump,” said Ismilyvaev.

Do you think it is wise for Telecom Argentina S.A to pay the ransomware demand? Tell us your thoughts in the comments section below.

Bitcoin inflow into crypto exchanges slows down as price treads sideways in a very narrow trading range. One analyst sees...