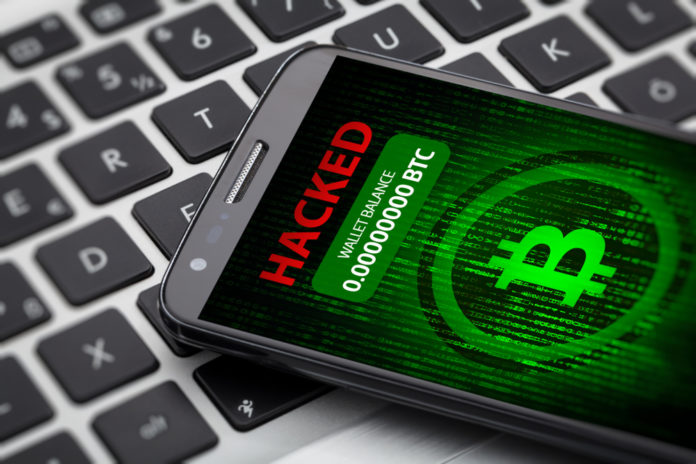 2018 is the year of hacks from cryptocurrency exchanges. So far, over $ 761 million has been stolen and it is expected that $ 1.5 billion could be snapped up by the end of the year from stock hacks.

What are then 40 million USD, they do not make the cabbage fat. Ted Price is the 32-year-old man arrested in Hatfield County, Pennsylvania. He is said to have stolen that $ 40 million in bitcoin.

In an investigation for burglary, Price apparently admitted during a period of questioning that he had developed malware that redirected parts of Bitcoin to his own Bitcoin account by intercepting other transactions.

In addition, he admitted that he developed hacking software for foreign governments and that he had a private plane and fake passports to avoid legal consequences.

The evidence to prove this curious story was a laptop bag containing 105 pages of publicly accessible Bitcoin keys. It was alphanumeric code used to send and receive the cryptocurrency.

And after this proof was more than valid, Price was charged with robbery. The questions “where, when and how” were obviously not really relevant to the case.

A few calls were enough to check the background and history of computer genius. It turned out that Price was more often in a psychiatric hospital at that time.

Later, it also turned out that he was on oxycodone during his confession. The authorities should also have been surprised by the fact that the unemployed 32-year-old lived in the basement of his parents. It does not really fit in with the lifestyle of a $ 40 million man.

The mentally unstable man ended up stealing a credit card he claims to have bought on the Dark Web – but in fact he had stolen it from his girlfriend’s father and bought it for $ 150 on Amazon.

None of the parties, not the prosecution, the police, Ted Price and his defense lawyer Catherine C. Henry, wanted to comment on this incident. And so it just remains a story of a bitcoin hack of $ 40 million that never happened.