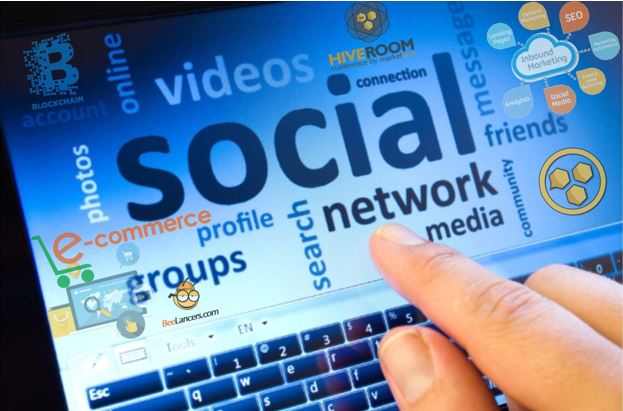 Traditional Inbound Marketing platforms (Automated Marketing) are all centralized applications and are built as a single or limited partnership user dashboard. These traditional solutions are costly, cumbersome, difficult to understand and heavy to operate.  With a costly system that is difficult to understand a new member experiences isolation, frustration, and detachment.

Platforms like Hubspot and Marketo are advanced effective tools for gaining leverage in the Internet playing field. These tools give wealthy players huge advantages over the ordinary average entrepreneur struggling to gain a foothold in an increasingly unfair playing field. Inbound Marketing platforms cost between $300 (entry levels no data) to well over $25,000 for well configured, mature and data-rich systems.

eCommerce; Conducting commerce like Amazon, eBay, Shopify have steep costs to conduct transactions, bottlenecks, and restrictive rules. It is even worse on sites like Freelancers, Textbrokers, and Fiver. Making it difficult to communicate, preventing sharing contact information and forbidding phone calls, emails or chatting on 3rd party devices. These restraints stifle creativity, innovation, collaboration, and efficiency.

Look what happened to Alex Jones (love him or not) the first amendment was seriously bruised taking InfoWars down with Apple, Paypal, Facebook, Youtube, Spotify, Mailchimp, Sticher, Roku, Pinterest even Twitter engaged in the deplatforming*. Domain registries like GoDaddy joined in the attack. Your pocketbook is also part of this centralized control with Paypal, Patreon and Stripe leading the way of terminating accounts that do not align with their agendas. This centralized wielding of power should concern everyone.

There is a better and more effective way, that protects speech and also rewards or demotes accordingly to the communities’ discretion, not the centralized control of the hierarchy of the current services like Facebook, Google, Amazon, and Instagram.

* Deplatforming, also known as no-platforming, refers to a form of Internet censorship in which social media and other technology companies conspire to suspend, ban, or otherwise shut down controversial speakers or speech. Banking and financial service providers, among other companies, have also denied services to controversial activists or organizations, a practice is known as financial deplatforming.

The term deplatforming also refers generally to tactics, often organized using social media, for preventing controversial speakers or speech from being heard. Deplatforming tactics have included disruption of speeches, attempts to have speakers disinvited to a venue or event, and various forms of personal harassment including efforts to have an individual fired or blacklisted.

Deplatforming denies “freedom” of speech and is a new attack on the individuals’ rights in general.

The Solution Is Imminent. Soon To Be Prevalent

Blockchain lies at the foundation for serious change. It decentralizes social networks and solves management issues via the community (not top-down ownership control) and smart contracts.  Shadow banning, account termination, data mining, stalking and other privacy violations are eliminated by blockchain’s very nature of decentralization and distribution.

Social Networks built this way give control on banning and connections on a peer to peer relationship (a meritocracy) whereas the individual has 100% decision on what to subscribe to, not subscribe to and ban. The subscriber controls their own data, KYC data, 2Fa login by their own encryption key unique to each member.

Inbound Marketing platforms integrated into a social network and delivered via a blockchain for free like Markethive has delivered, offers an entry with no obstacles, community collaboration with campaigns and jointly supported effect. Inbound Marketing tools, such as capture pages, email campaigns, broadcasting become exponential in their power and far more effective in their results. All at a no cost to enter and modest upgrades for increased leveraged benefits, and no additional tools to be paid for. Becoming a member at Markethive delivers all the tools for free. Easy to use, with a paid incentive to learn in a nurturing powerful community

Commerce platforms based on blockchain and a multiuser cryptocurrency open up the barriers between sellers and users. Basically, the Markethive solution removes all restrictions to commerce making a non-barrier marketplace a reality.

In the Markethive blockchain solution, all data transactions are peer to peer and encrypted so 3rd party surveillance or recording becomes impossible protecting the trading partners autonomy and anonymity from anyone outside the transactions.

Markethive is a multi-dimensional, deep level linking dynamics, social organizational integrated system. Integrating Vast Social networks reaches, internal social network connections, unlimited interconnected WordPress blogs, the vast API news sites like NBC, Wired Magazine, Bloomberg, Western journal, Mashable and 1000s of other news sites, that continue to expand due to the power of your own Markethive network and the collaboration of separate Markethive groups all working in union with each other. The ability to register and assign your many social networks into the Markethive matrix produces reaches into the literal billions.

So now Markethive is a highly competitive market media and content publisher with a reach well beyond existing social and market networks. After comparing only 480 other news media sites in terms of their social reach and followers plus Alexa ranking, Markethive sits at Number 11 with an Alexa ranking of 26,600 at present. This continues to drop daily as subscribers join the Markethive network.

The new era of Social/Market Networks with Blockchain technology is at hand. Your personal data, freedom of speech, reputation, branding, and livelihood cannot be tampered with, stolen or confiscated at the whim of the oligarchs’ agenda or used for the bottom line profits for their shareholders. This is a safe haven to continue to work, get your message out, sell your product or service with complete autonomy and privacy.

Find out more and join us

Deb is the Market Manager for Markethive, a global Market Network, and Writer for the Crypto/Blockchain Industry. Also a strong advocate for technology, progress, and freedom of speech.  She embraces “Change” with a passion and her purpose in life is to help people understand, accept and move forward with enthusiasm to achieve their goals.