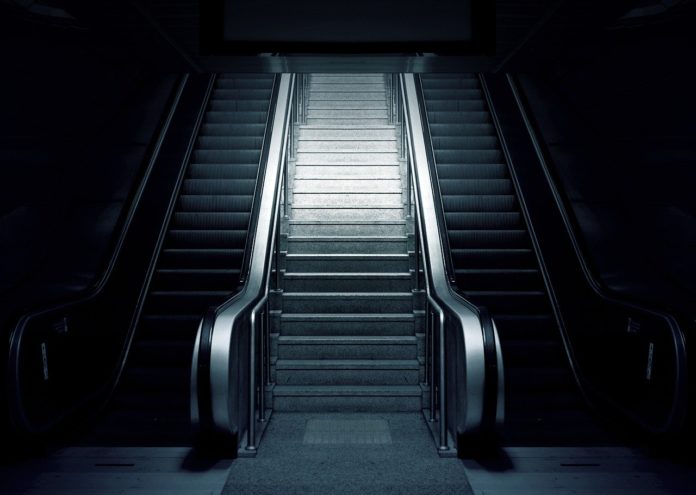 When it comes to the technology of blockchain, the world of cryptocurrencies is primarily about the positive properties. This is usually true. The big but: Of course, the whole thing also has negative aspects. Tomorrow’s innovative technology carries certain risks. This is the point at this point. And that without neglecting the essential plus points. It is true that every technological thought always involves dangers. This applies to cryptocurrencies as well as to the possible use cases of the various currencies and ideas behind them. It is not without reason that crypto portals and more and more established media report about the different dark sides that belong to every innovation.

With all positive developments from trading in Bitcoin and Altcoins such as Litecoin to official pilot projects to unbureaucratic application options for the conclusion of a contract: Blockchain also presents unsightly properties again and again.

The problem may not be technologies, but users

The most important finding when looking at the said dark side of the blockchain: Of course it is not the technology that turns out to be bad. As always, the question is which goals users pursue. Since the blockchain is increasingly being seen as an opportunity in the (financial) economy, it makes sense that criminals are also drawn to the promises. Initially, bitcoin was something for insiders in the digital world, but privacy coins like Monero have now become the successor to the BTC in the so-called DarkNet, where cybercriminals do business in secret. In the normal Internet world, however, digital currencies are also becoming increasingly popular. More and more online shops recognize the interest on the customer side and accept at least the big coins as a means of payment.

It was and was obvious from the start that this recognition would also attract criminals. They recognized the chances of blockchain as a potential tool for their illegal activities early on. At least since the last price explosions on the crypto market from 2017, many dodgy users have felt called to the scene.

Even if fans are primarily the positive aspects of digital currencies and especially the blockchain, the second side of the coin should be discussed in detail here. Without looking at possible abuse and crime risks, the high volatility (fluctuation range) of all – so far not state-regulated – cryptocurrencies and the blockchain must be referred to in any case. The prices of digital currencies are subject to considerable fluctuations, as the past months have shown very impressively. One cannot automatically blame blockchain technology for this. However, this is important for investments in blockchain-based coins and tokens. It should not be forgotten that these fluctuations arouse investment hopes among all those who are willing to take high risks.

With all the variety of blockchain applications, there are some key dangers. There are many supporters of technology who give blockchain almost the status of a quasi-religion. In this regard, however, a clear distinction must be made. Of course, the technical approach is characterized by many extremely innovative properties that have opened new paths in many areas of the economy (and not only there) since the introduction of bitcoins and other coins and tokens since 2009. Lifting the blockchain on the religious pedestal , is, despite all its advantages, one of the dark sides. But it is certainly not the only true, big problem solver for social and economic concerns. Without question, the blockchain is ideal for fixing many problems. As in the case of the Internet since its advent in the early 1990s, there will still be many sticking points that will remain in the future.

One of the downsides here:

Different age and social groups are largely excluded. Why? Even today, not everyone has an internet connection or a mobile device with blockchain suitability. High electricity costs for mining and other use cases in connection with the technology are also a weakness.

Fear of too little control and abuse risks

A point of criticism that is often and often referred to as the dark side of the blockchain is the lack of control mechanisms. More precisely, missing controls within the mostly decentralized execution of transactions. The DarkNet mentioned above is often the focus of critical voices here. From the user’s point of view, however, it is actually an advantage that the crypto systems explicitly dispense with checking the rights of disposal and that funds are moved anonymously between wallets and crypto accounts. Especially: There are illegal activities, but according to studies and statistics they make up a significantly smaller proportion than many laypersons believe. The fact that no banks, notaries or other third parties are intermediaries as control bodies does not mean that money will never disappear again if the transactions are incorrect.

Rather, it can be said that making transfers using the access data and personal key is sometimes more secure than transfers in the traditional payment system of the banking world.

The normal banking system also has its weak points

Anyone who has ever tried to transfer money transferred back to their bank account knows about the risks of the banking systems. The fact that crypto transfers do not require an intermediary is the reason for the often very fast transfer with manageable transaction fees. By the way, the exchange of crypto-currencies from one currency to another is also faster than it is often the case with fiat money due to bureaucracy. Regarding the alleged lack of legitimation of transaction participants: Legislators worldwide are trying to regulate the market, which has already led to the obligation of many stock exchanges and other service providers to establish their own identity. It has also been shown that state authorities can analyze and assign transactions in many blockchain systems. Moving funds unnoticed as a criminal? This often only works with so-called privacy coins like Monero.

Blockchain: too much influence with too few companies and developers?

The constant reference to the dangers of complete decentralization as a trigger of a digital chaos is also not permitted. Despite their orientation as an “open source” approach, many systems tend not to be characterized by 100 percent decentralization. One reason is that it is not uncommon for the bottom line to be that only a manageable number of developers are responsible for technological advances. In fact, for some fans from the very beginning, this is exactly the dark side of the blockchain when the “power” is in the hands of a few professionals. Such a development is also becoming increasingly apparent among the industry’s major “global players”. Some companies, such as the Binance stock exchange, are striving for dominance in the market by constantly developing new products and expanding worldwide. There are similar developments in the mining sector, where large pools are aiming for increasing market shares.

Blockchain industry has to learn from mistakes of its own “childhood”

The high energy consumption for the operation of the blockchain and similar systems actually deserves to be mentioned as the dark side. For mining, computers and accessories are used that require a lot of electricity. In times of increasing environmental awareness and the desire for sustainability, this aspect is an admissible point of criticism. Opponents of the growing crypto market see enormous pent-up demand, especially here. And quite a lot is happening, because a number of systems are becoming more efficient and already attach great importance to ecological aspects during the first developments. In the end, depending on your point of view, there may be downsides. However, progress is unstoppable anyway. Ultimately, it will be a matter of the majority of the community working together to fix the most obvious problems in the industry.

Given the short history of the crypto and blockchain world, it may take a while before the necessary steps for Bitcoin, altcoins and tokens follow from the detection of all errors.