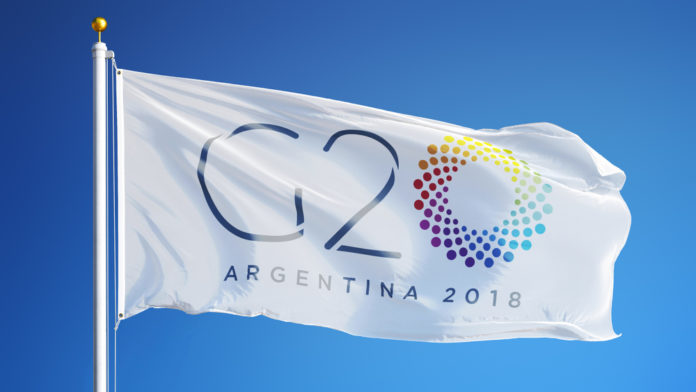 The issue of cryptocurrencies and their regulation will not be included on the agenda of the G20 nations for the time being. According to the Financial Stability Board, the relevance of cryptocurrencies is still too low to be a real threat to global financial market stability. This step is a surprise, as several G20 states have pleaded for joint regulation.

The meeting of finance ministers and central bankers of the G20 was eagerly awaited ahead of this year’s Summit in Buenos Aires. Several G20 member states had suggested putting cryptocurrency issues on the agenda of this meeting. The finance ministers of Germany and France, for example, had come to an agreement in January to initiate joint regulation of the G20. Japan also demanded common standards last week.

However, Mark Carney, President of the Financial Stability Board, has now rejected these claims from the highest G20 body. Greater regulation of cryptocurrencies at the meeting of G20 finance ministers is not envisaged. In a letter to the finance ministers and central bankers concerned, Carney stated that cryptocurrencies “currently pose no threat to global financial security.”

Importance of cryptocurrencies too low?

Carney justifies the assessment of the Financial Stability Board for the regulation of cryptocurrencies with its small share of the global financial system. At the level of market capitalization in December, it was just 1% of global GDP.

“Their small size and the fact that they are not substitutes for currencies and are used only to a very limited extent for the real economy and financial transactions has limited the links with the rest of the financial system”,

The finance ministers and central bankers meet on Monday and Tuesday to discuss, inter alia, on the subject of crypto currencies. The extent to which one will agree on a common approach to regulation will become apparent. However, an agreement by the Financial Stability Board has not made it any more likely.