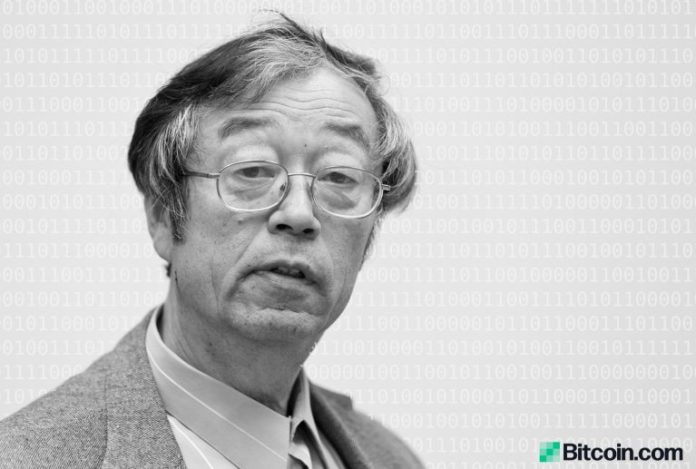 In March 2014, a Newsweek columnist named Leah McGrath Goodman published a story called “The Face Behind Bitcoin.” She claimed Bitcoin’s inventor was a retired physicist named Dorian Nakamoto. When Goodman arrived at Dorian’s home in California, he said he was “no longer involved in that” and he “cannot discuss it.” The commentary prompted Goodman and her Newsweek cohorts to assume he was talking about the creation of Bitcoin, so they published an exposé about Dorian’s life. The following is the fifth installment of news.Bitcoin.com’s “the many facts” series, with a comprehensive look at the evidence that was tethered to Dorian Nakamoto and Bitcoin’s mysterious creator.

Also Read: The Many Facts Pointing to Ian Grigg Being Satoshi

Dorian Nakamoto: ‘I Am No Longer Involved in That and I Cannot Discuss It’

Six years ago, Newsweek’s Leah McGrath Goodman published an exposé on Bitcoin’s inventor and her report claimed it was the California resident Dorian Nakamoto. During the last 11 years there’s been a number of self-proclaimed candidates, as well as those who have been accused of being Satoshi. Most of the usual suspects had a few ties with the cypherpunk movement, but Goodman’s suspect wasn’t involved in that scene. Goodman spent two months investigating her story and one of her biggest selling points was the fact that Dorian’s birth name is “Satoshi Nakamoto.”

Instead of being a member of the cypherpunk movement, at the time Dorian was a 64-year-old Japanese-American, retired physicist and well-educated engineer. Dorian’s life skills and occupation made Goodman and others believe that he had what it takes to invent the cryptocurrency and release it to the world anonymously. Because Dorian worked for a few corporations and the U.S. military, some of the projects he worked on were deemed classified information. The shroud of secrecy made Goodman once again believe that Dorian was part of Bitcoin’s initial creation.

McGrath drove to California after studying Dorian’s life for two months and visited his house located in Los Angeles’s San Gabriel foothills. She got two police officers from Temple City to escort her and they asked if Dorian was in trouble. “I don’t think he’s in any trouble,” Goodman responded to the officers. “I would like to ask him about Bitcoin — This man is Satoshi Nakamoto,” she added. When Goodman caught Dorian leaving his home she faced him with two police officers as witnesses and questioned him about his involvement with creating Bitcoin. Goodman said that Dorian’s response was “careful but revealing.” The Newsweek columnist stressed that Dorian “tacitly acknowledg[ed] his role in the Bitcoin project” but refused to answer direct questions.

“I am no longer involved in that and I cannot discuss it,” Dorian told Goodman and the officers that day. “It’s been turned over to other people. They are in charge of it now. I no longer have any connection.”

Dorian Denies Involvement With Bitcoin – Questions Were Taken Out of Context

All this made Goodman believe all the more Dorian was denying his role, and she thought she had found the mysterious creator. So the reporter and her publication Newsweek decided to run the expose on Dorian’s life story and claimed several similarities between Dorian and Bitcoin’s anonymous inventor. Following the published story, the entire Bitcoin community debated the subject and a great majority of crypto proponents didn’t believe Goodman’s article.

The biggest evidence that the article leveraged was that Dorian was a Japanese-American, worked on classified projects, graduated in physics from California Polytechnic, and when he was questioned directly he said he had “turned it over” to other people. Dorian also lived very close to Hal Finney’s house and the Japanese-American showed he leaned toward a libertarian-like ideology. He is also smart enough to complete the project as coworkers noted that Dorian worked on “defensive electronics and communications for the military.” Dorian’s daughter spoke to Goodman and told the reporter that her father wholeheartedly believed in individualism. His daughter also noted:

He was very wary of the government, taxes, and people in charge.

However, Dorian told the public shortly after the publication that he felt victimized and he misunderstood Goodman’s questions. Dorian claims he thought the reporter was talking about a classified project that he worked on with the financial giant Citibank. After Dorian told his side of the story, the crypto community was outraged with Newsweek and Goodman’s report. They complained that Dorian was doxxed, as the article contained a photograph of his home in California.

All this invoked bitcoiners to start a fundraiser for Dorian in order to pay for his troubles and the invasion of privacy that the Newsweek article started. Not too long after the article was published, Dorian spoke with a reporter from the Associated Press (AP) on camera and denied being involved with the Bitcoin project. Dorian’s statements highlighted that he was confused when Goodman questioned him and that his “I am no longer involved in that” comment was taken out of context.

“I’m saying I’m no longer in engineering. That’s it. And even if I was, when we get hired, you have to sign this document, contract saying you will not reveal anything we divulge during and after employment. So that’s what I implied,” Dorian told the AP reporter. The retired physicist added:

It sounded like I was involved before with bitcoin and looked like I’m not involved now. That’s not what I meant. I want to clarify that.

Dorian also did a video with the Bitcoin evangelist Andreas Antonopoulos telling his side of the story and he thanked the Bitcoin community for all the donations he received. The BTC address: 1Dorian4RoXcnBv9hnQ4Y2C1an6NJ4UrjX has received over 102 BTC ($1 million USD at today’s exchange rate) and the wallet is now empty. This is a stark contrast to the over 1 million BTC sitting in the Satoshi Nakamoto wallets that have been left unspent for over a decade.

Following Dorian’s Newsweek expose, the Japanese-American became a hero amongst the crypto community appearing on posters, t-shirts, and stickers. Dorian has appeared at crypto conferences and discussed his experience after Newsweek’s hit piece turned his normal, toy train-collecting life upside down. Moreover, with the slew of unattractive self-proclaimed Satoshis who have come out of the woodwork, many crypto proponents actually wish Dorian was Satoshi, as he’s far more friendly. People have even crowned Dorian as the best Satoshi Nakamoto suspect in years.

The post The Many Facts Pointing to Dorian Nakamoto Being Satoshi appeared first on Bitcoin News.

Back when Bitcoin originally emerged, over 11 years ago at this point, cryptocurrency transactions were believed to be fully anonymous....