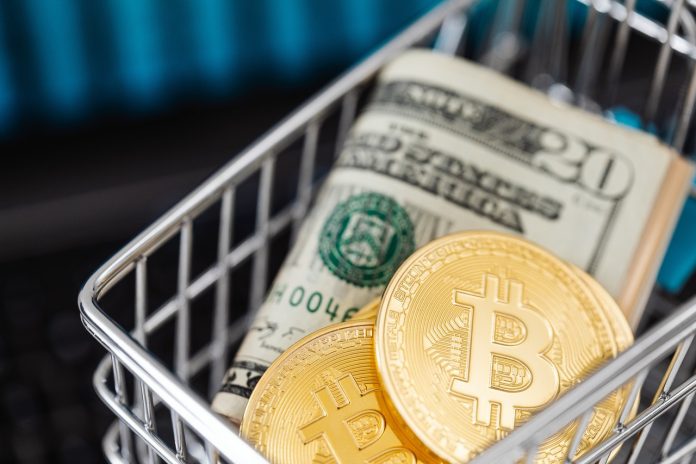 Anyone who pays any attention to developments in the crypto world will have become aware of NFTs – non-fungible tokens – over the past year. These have now reached a level of popularity that attracts celebrities, with Post Malone, Lindsay Lohan, and Youtuber Logan Paul all getting in on the NFT act.

If people like this are embracing them, it is a sign that NFTs are here to stay, but their rapid arrival and acceptance means that some people are already asking what impact they will have on other blockchain-based currencies like Bitcoin. So, what will all of this mean for currencies such as Bitcoin?

NFTs are frequently seen as simply another form of cryptocurrency as they both involve trading using blockchain technology, but the name ‘non-fungible tokens’ actually identifies the clear difference between them and coins like Bitcoin. ‘Non-fungible’ essentially means that what is being sold is a unique asset that it is not possible to have another of. By contrast cryptocurrencies like bitcoin are fungible, because each one is exactly the same and you can easily trade a bitcoin for another identical bitcoin.

For that reason, NFTs are not currencies at all, but rather individual digital assets. These can range from trading cards to pieces of computer art or autographed artifacts from stars, like the Wayne Gretzky Mystery Container at this NFT marketplace.

It is not hard to see why that would be valuable to a fan or collector, but some things sold for large sums of money as NFTs – including tweets and snippets of Youtube videos that are publicly available – can seem very strange. Each NFT is given an individual digital tag when it is encrypted that cannot be replicated, and it is that sense of owning something unique to you that people are paying for.

What NFTs do have to connect them to cryptocurrencies is that all NFT trades are stored on the same digital blockchain ledgers as crypto coin trades, providing the buyer with a record and proof of ownership.

Will they be a permanent thing?

The current craze for NFT trading and the often huge sums being paid for these digital tokens – e.g. Grimes selling brief video clips and pictures for millions of dollars – has many people viewing it as an unsustainable phenomenon. It should be remembered that a lot of people said that about Bitcoin though and NFTs have actually been around for roughly half a decade in one form or another.

The desire to possess something that nobody else can own in the exact same form is pretty central to human nature, so NFTs are surely here to stay, even if they do not continue to sell at current prices.

What does all of this mean for Bitcoin?

The emergence of NFTs is something that is happening alongside the development of cryptocurrencies, although the costs involved still limit the former mostly to the wealthy. The key thing that they have in common is use of blockchain technology for trading and encryption, but the specific blockchain used for NFTs does present issues for Bitcoin in particular.

The Ethereum blockchain is the one that currently supports NFTs and it is not possible to use Bitcoin on Ethereum. The fact that it is also not possible to trade NFTs on the Bitcoin blockchain right now does potentially mean that its status as the premier cryptocurrency could be challenged if NFTs truly enter the mainstream.

At this point, it should be noted however that rival blockchains to Ethereum are already aware of this and some have started to launch their own NFT standards. The China-based TRON blockchain was the first to do so at the end of last year and it will almost certainly not be the last. With NFT trading on Ethereum gradually increasing, Bitcoin will not want to be left behind and surely we can expect developments in that area before too long.

It is also possible that were the Bitcoin blockchain to launch an NFT standard that it could reduce the fees required to mint an NFT, which would help to make the creation and sale of them more common – rather than something for wealthy celebrities.

Another thing that NFTs have in common with Bitcoin and other cryptocurrencies is that they remove the need for a central authority – whether it is a bank in the case of crypto or a big brand or company in the case of NFT digital art. That means they could revolutionize and democratize the distribution of, and access to, digital content.

Paradoxically, they can also turn digital content and goods into valuable one-of-a-kind collectors’ items though – greatly increasing their value. In theory NFTs create a scarcity of something that was previously abundant, which makes that thing far more valuable. The number of NFTs traded trebled in 2020, so this does appear to be a growing market. If it becomes possible to use Bitcoin to buy and sell NFTs that could take the currency further into the mainstream and raise its value.

The current rise of NFTs is happening alongside that of cryptocurrencies, although it is still behind them in terms of public awareness. With a key rival to Bitcoin – in the shape of Ethereum – currently the dominant blockchain in NFT trading that leaves Bitcoin potentially falling behind. Other chains are adopting NFT standards though and if Bitcoin follows it may be another step forward for the currency.