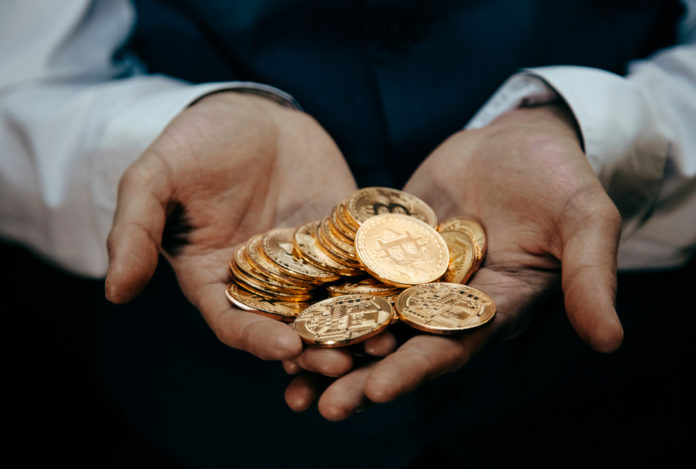 Technically, the first cryptocurrency was worth less than 10 cents when it was introduced in 2009. Bitcoin has since steadily risen and is now around $ 5750. This is a remarkable increase in value and has produced many millionaires over the past eight years. Here are the top ten people / institutions that kept a lot of bitcoins over time:

1. Satoshi Nakamoto
The creator of Bitcoin, who hides behind the nickname Satoshi Nakamoto, remains the main owner of Bitcoins. The number of Nakamoto Bitcoins is estimated at about 1.1 million. That’s about $ 6 billion at today’s exchange rate. Current Bitcoin course

2. Bulgaria
Bulgaria currently sits on one of the largest Bitcoin assets in the world. The Bulgarian law enforcement agency’s success against organized crime led to the seizure of 213,519 bitcoins in May 2017 – enough to pay off a quarter of the state’s national debt. In July 2018, the coins would be worth more than $ 1.2 billion. However, the Bulgarian government has refused to comment on the status of the coins.

3. BitFinex
BitFinex, one of the most popular crypto-exchanges, has one of the largest Bitcoin wallets at 163,133.38 BTC, which is currently about $ 1 billion. It is believed that the coins are kept in a cold wallet to protect them from cyber-hacks, unauthorized access, and other vulnerabilities that make a system connected to the Internet vulnerable.

4. The FBI
In September 2013, the FBI smashed the infamous dark web drug bazaar Silk Road, seizing 144,000 bitcoins owned by platform operator Ross Ulbricht, better known as “Dread Pirate Roberts.” Ulbricht made critical mistakes that allowed the investigators to locate the site and assign it to him. Silk Road users are said to have traded around 9.5 million bitcoins since the launch of Ulbricht in 2011. Much of the bitcoins seized and sold went to Barry Silbert.

5. The Winklevoss twins
Tyler Winklevoss and Cameron Winklevoss are among the first Bitcoin billionaires worldwide. They used $ 11 million from a lawsuit with Zuckerberg to buy 1.5 million bitcoins in 2013. At that time a Bitcoin was traded at 120 US dollars. This investment has since experienced growth of more than 20,000%.

6. Garvin Andresen
Although Bitcoin is the idea of ​​Satoshi Nakamoto, Garvin Andresen is referred to as the one who made it what it is today. It is even said that he is the true Satoshi Nakamoto, an assertion he denies. Rather, he says he has had a close relationship with the anonymous cryptographer for many years. The real Satoshi Nakamoto chose him at the end of 2010 as his successor. Garvin became the chief developer of the open source code, which determines how Bitcoin works – and whether it can survive.

7. Roger Ver
Roger Ver, also known as Bitcoin Jesus, is one of the first Bitcoin billionaires holding at least 100,000 bitcoins. The renowned libertarian is said to have left the university to focus on his Bitcoin projects. The controversial Bitcoin evangelist renounced his US citizenship in 2014 and moved permanently to a small Caribbean island.

8. Barry Silbert
Silbert is a venture capitalist and founder of the Digital Currency Group. He was an early user of Bitcoin. He allegedly went away in 2014 at an auction of the US Marshals Service with 48,000 bitcoins. The US government had seized most of the coins from Ross Ulbricht, the alleged operator of the Dark Web Marketplace. Bitcoin was worth $ 350 at the time, which means that Silbert’s coins have increased in value from $ 16.8 million to $ 288 million.

9. Charlie Shrem
Charlie Shrem is undoubtedly one of the most controversial Bitcoin millionaires. He already invested a lot in Bitcoin in the early days of cryptography. Shrem was also an active member of the Bitcoin Foundation and founded BitInstant when he was just 22 years old. At the end of December 2014, Shrem was found guilty of money laundering and sentenced to two years in prison. Upon his release from federal custody, he introduced a startup called Intellisys Capital, a company that sells investment portfolios to blockchain companies. Although he did not specify exactly how many bitcoins he owns, he allegedly bought several thousand pieces when they were worth only a few hundred dollars.

10. Tony Gallippi
A famous businessman Tony Gallippi is also considered one of the big owners of bitcoins. He is the head behind BitPay, one of the world’s most popular bitcoin payment service providers. The company was founded in May 2011 and processes over $ 1 million a day. Bitpay has also signed contracts with major companies including Microsoft, Dell, TigerDirect and Newegg.

conclusion
It is estimated that the largest 1000 bitcoin addresses comprise approximately 35% of the total bitcoin in the wrap-around. In addition, there are numerous other individuals with large amounts of Bitcoin, but they prefer to remain anonymous.