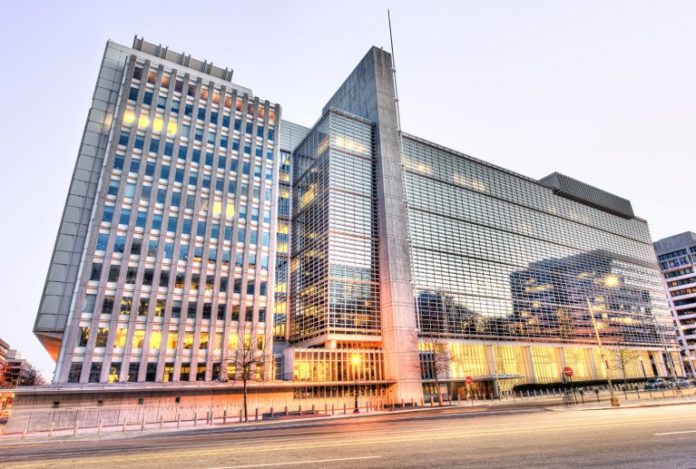 Last year the World Bank and the Commonwealth Bank of Australia announced a permissioned Ethereum-based blockchain to facilitate the end-to-end issuance of bonds between financial partners. The Bretton Woods-created financial institution hopes to make debt capital markets far more efficient with a bank-to-bank blockchain network. At the same time, the World Bank’s bond scheme has been scrutinized for corporate and political collusion with global leaders and Fortune 500 multinational corporations.

The World Bank’s Plans to Sell Debt via Blockchain

The World Bank wants to digitize bond markets and debt capital settlement on a private Ethereum blockchain. The project is led by three other large financial institutions in Commonwealth Bank of Australia (CBA), RBC Capital Markets (RBC) and TD Securities (TD). According to the World Bank and CBA’s blog post, the project had gathered $81 Million for the issuance of distributed ledger-based bonds in August 2018. This year, on August 16, the World Bank revealed the project’s partners increased the liquidity of the blockchain bond by more than $33 million. Essentially the bank uses the private blockchain to issue a digitized instrument of indebtedness called the Bond-i, an autonomous smart contract token system that pays coupon payments over a length of time. The technicalities of the blockchain platform were developed by CBA’s Innovation Lab’s Blockchain Centre and the bank has revealed that the “blockchain platform’s architecture, security, and resilience was conducted by Microsoft.” Additionally, on the legal side of things, the project is supported by the litigation firm King & Wood Mallesons.

At its core, the project is very centralized with its permissioned distributed ledger only viewable by bank-to-bank associates, Microsoft, and a well-known law firm. Fundamentally, outside observers must take the World Bank and its partners’ press releases with a grain of salt. The ETH-like token of debt is in its initial stages and the $114 million locked into the project is mere pennies in comparison to what these banks play with when participating in debt capital markets worldwide. Eventually, the World Bank wants to include the institution’s annual lending of $50 billion to $60 billion. The asset manager Northern Trust and several Australian financial institutions and government entities participated in purchasing the Bond-i. With a two-year lifespan, the World Bank expects the Bond-i blockchain debt security to trade among buyers and sellers. Basically, the World Bank hopes to hide the fact that the institution’s bond scheme is inefficient because it only serves the bureaucrats and corporations, rather than countries buying the bonds.

The IBRD: Selling Debt to Governments to End Extreme Poverty Since 1944

In order to understand what the Bond-i project is, it’s a good idea to gain some knowledge of what the World Bank’s operations entail. The World Bank was introduced as the International Bank for Reconstruction and Development (IBRD) at the same time as the International Monetary Fund (IMF) was announced. The two financial institutions were created after the 1944 Bretton Woods conference, and the IBRD concept was designed by the project’s principal architect and leading economist John Maynard Keynes. At the time, economists called the period between 1944 and 1971 the Bretton Woods era and IBRD was meant to provide financing to developing nations in need of an economic boost.

The whole concept was and still is deeply rooted in Keynesian Economics, a theory of total spending and using debt capital markets to affect the output of inflation. In essence, the IBRD is not much different than a loan shark who loans out zero to negative-interest credits and government bonds to countries in need. Despite the fact that spending and debt markets have produced high inflation rates, Keynesian economists behind the World Bank still believe it works. The World Bank says that the ultimate goal is to end extreme poverty by the year 2030, but so far it has only enriched fortune 500 companies, bankers, and politicians. As the Austrian economist Murray Rothbard once said: “It is easy to be conspicuously ‘compassionate’ if others are being forced to pay the cost.”

This is because the global elite, politicians, world financiers, and the banking cartel are the only ones reaping the benefits of the World Bank’s debt selling scheme. Basically, the World Bank sells these bonds for real-world commodities and political influence and promises to pay bondholders interest or they promise to pay the full principal at a later maturity date. The biggest borrowers, who have secured bonds and loans through IBRD in 2018, include India ($859 million) and China ($370 million). In 1998, it was estimated that countries with very little economic resources owed the World Bank close to $2.5 trillion and the figure has risen more than $150 billion every year since.

After the IBRD secures real assets and commodities from loaning out government bonds and credits, the central banks in the countries purchase the borrowed IBRD bonds from the government on the open market. This, in turn, increases the country’s money supply which then fuels inflation and rising prices attached to goods and services. The World Bank’s bond system is no different than the insidious mechanisms that jeopardize the global economy like fractional reserve banking and quantitative easing. The World Bank selling debt in the form of bonds so central banks can print more money has the same effect as the direct manipulation of interest rates.

“If the government manages to establish paper tickets or bank credit as money, as equivalent to gold grams or ounces, then the government, as dominant money-supplier, becomes free to create money costlessly and at will,” explained Murray Rothbard of the growing credit and debt cycle in 1995. “As a result, this ‘inflation’ of the money supply destroys the value of the dollar or pound, drives up prices, cripples economic calculation, and hobbles and seriously damages the workings of the market economy.” In the Midst of Selling Blockchain Bond Snake Oil, the World Bank Is Heavily Scrutinized for Nepotism

Despite the World Bank’s blockchain project being one of the highest-profile experiments of its kind, the institution has been under scrutiny for quite some time for allowing the growth of nepotistic behaviors. Last year, the bank was criticized for cronyism and corporate influence in a research report written by Rabia Malik and Randall Stone. The report explained that corrupt states skim development funds, technocrats manipulate statistics, and how bureaucrats participate in the political capture of international financial institutions (IFIs). Stone and Malik’s research shows that wealthier countries use the World Bank’s bond scheme to bolster their influence over political power.

“The World Bank withholds loan disbursements in order to build a reputation for enforcing conditionality, and multinational firms lobby for these funds to be released,” the research report details. “We find evidence of participation by Fortune 500 multinational corporations as project contractors and investments by these firms are associated with disbursements that are unjustified by project performance.”

It’s not too hard to notice the shell game taking place with the World Bank’s growing bond scheme and so-called ‘compassion’ toward poorer nations. Many people believe loan sharks of this capacity are not compassionate at all and are only selling debt to the unfortunate in a parasitic way. People like Ludwig von Mises, Lew Rockwell, Ron Paul, and Murray Rothbard have all explained how the World Bank is just another failed concept designed by John Maynard Keynes and his followers. Similarly, the Bond-i blockchain project is just a fancy form of selling debt but the process is not really transparent, unless you are a member of the banking cabal.

Unlike public blockchains, the general public has no access to this project’s blockchain explorer and they likely never will. To skeptics, the $114 million locked in the Bond-i project is a joke and if the World Bank wishes to end the systematic global economic crisis it should stop interfering with the economy by selling debt. The world’s politicians and central bankers, however, are not ready to hit rock bottom as they wholeheartedly believe in interfering with the market’s adjustment process. Whether it’s hosted on a fancy blockchain or not, until the World Bank stops the bond scheme, the borrowing economies will remain manipulated and artificial.

The post The World Bank’s Blockchain Bond Is Just a Fancy Way of Selling Debt appeared first on Bitcoin News.

Robert A. Cohen, former head of the Cyber Unit at the U.S. Securities and Exchange Commission (SEC), is leaving the...