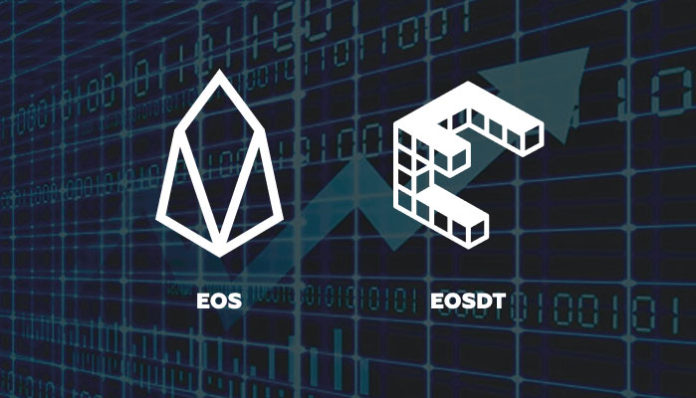 Equilibrium is a framework of smart contracts that lets its users generate ​EOSDT, a decentralized collateral-backed ​stablecoin ​built on the EOS blockchain and ​pegged to the US dollar​.

According to the statistics displayed on Equilibrium’s website that there’s more than 2.7 million EOS tokens locked in as collateral on its platform, a figure that exceeds $21.1 million of value. With the framework’s collateralization currently standing at 391%, this means there is a total of 5.4 million EOSDT in circulation.

Cryptocurrencies have come under fire for their high volatility, and the surge in stablecoin demand can be explained by the need to lend more stability to these assets. Compared to the well-established Ethereum blockchain, EOS has (until recently) lacked a reliable and transparent stablecoin option. But the emergence of EOSDT and a few other projects built on EOS is shrinking the gap between the two ecosystems daily.

Launched on April 13, 2019 at San Francisco’s EOS World Expo by Alex Melikhov, EOSDT has steadily gained traction both within and outside the EOS community by bringing much-needed stability and liquidity to the market. This decentralized stablecoins listed on the EOS-based decentralized exchanges DEXEOS and EOSDAQ, as well as on HitBTC. It has most recently appeared on Bancor. The Equilibrium framework lets users gain leverage in EOSDT by staking their EOS as collateral without actually selling it. The framework’s recent integration with EOS Lynx highlights that Equilibrium is well on track with its mission to ensure EOSDT’s accessibility for all users.

Trading isn’t the only factor driving the mass adoption of crypto. A wide range of varied EOS services and decentralized applications, from decentralized finance to gaming and gambling, stand to benefit from the introduction of a robust stablecoin option to the ecosystem.

DApps are growing on the EOS blockchain at a fairly encouraging pace. According to stats from StateofDapps, the steady growth in user numbers (EOS DApps have approximately 100k daily active users) and volume is hard proof of this. Since September 18, 20-30 new DApps are deployed to the EOS blockchain every month on average. Many DApps use their own proprietary tokens, but many of them are eager to add a popular stablecoin option to get them much closer to mainstream adoption. This type of stablecoin provides potential users a non-volatile unit of value that still has all the inherent advantages of EOS blockchain tokens. This includes zero fees, quick transaction speeds, decentralized functionality, and beyond.

In one of the latest episodes of the EOS Podcast, the Equilibrium team, represented by CEO Alex Melikhov and Chief Counsel Josh Goodbody, have discussed the current state of affairs of the EOS DApp ecosystem. As Alex pointed out, the market has recently seen an influx of new and exciting decentralized applications and tools being developed for EOS blockchain, mostly, but not exclusively, focusing on the financial sector. One of the factors impeding the adoption of decentralized finance applications is the lack of transparency, which many of stablecoins so far fail to overcome.