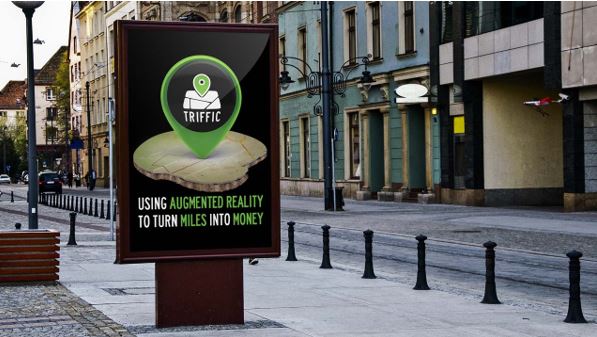 With more than 2,000 dApps released in 2019, you can be forgiven for having missed a few gems along the way. Decentralized applications are still very new and experimental, and given the industry’s tender age, there are inevitably more misses than hits. The vast majority of those 2,000-odd dApps you can safely ignore, in other words, in the knowledge that they were run of the mill gambling or gaming applications that are 10-a-satoshi. A handful, however, warrant closer examination and a place on your phone or desktop because they provide genuine utility and enhance your experience of interacting with the cryptosphere. Here are three essential dApps you need in your life right now.

Triffic is novel for a number of reasons. It’s an augmented reality dApp that provides tokenized rewards known as GPS. That alone sets it apart from the glut of dApps focused on exchange and gambling, but there’s much more to Triffic than being hard to pigeonhole. The app, which recently launched in beta on Android, gamifies everyday encounters, incentivizing users to complete tasks. The more you move, the more tokens you earn – it’s that simple.

A quick look at the #Android version of the #Triffic beta – available next week.

Next release also improves our beacon placement algorithm so it now accounts for main roads and highways.

Get out and about with the Triffic app on your phone and watch your token balance grow as you go. If you don’t fancy lacing up your sneakers and pounding the tarmac, by the way, Triffic will also reward you simply for driving places. Those tokens you accrue aren’t just for show either: they have an intrinsic value and can be traded for cryptos such as BTC and ETH, providing a direct incentive for leaving the house with Triffic in transit. The dApp itself is built on Ardor. The blockchain software company oversees the development of the Nxt and Ardor chains, which anyone can utilize to launch their own decentralized applications. Jelurida’s multichain service enables projects to tap into a multichain ecosystem in which assets and value can transfer seamlessly cross-chain.

Not all dApps need to be solving pressing real world problems or changing the way we think about geo-spatial environments: some simply provide a quick fix when we’re looking to unwind from the pressures of life and work. Axie Infinity is one such title. The Ethereum dApp tasks users with collecting and breeding virtual creatures known as axies. Think Tamagotchi on the blockchain and you’re halfway there. Axie Infinity is more than just another cookie cutter crypto collectibles game though. Its developers have expended significant effort on gamification, and the result is an app that’s a delight to play.

This is best seen in the battle feature, in which a team of three axies are required to compete. Through breeding axies, players can create new creatures that are better equipped for battle, with unique traits. One of the coolest things about the game is that its Small Love Potion (SLP) token now has its own liquidity pool on Uniswap. As a result, these in-game assets have a tangible value and a mechanism for being swapped using the decentralized Ethereum exchange.

It would be criminal to overlook the defi sector when considering the best and most useful dApps on the market. The decentralized finance vertical shone in 2019, spawning an array of dApps that have the potential to provide financial inclusion for the masses. The masses aren’t here yet, but there are signs that the early adopters are merely the trickle before the storm, and that pretty soon defi will be used by millions rather than thousands to issue stable assets, collateralize crypto, and transmit value globally at low cost on-chain. Synthetix is unique among defi dApps in its function, enabling anyone to create crypto-backed synthetic assets known as Synths. These track the value of the underlying asset. In plain English, this means you can gain exposure to an asset such as gold or stocks without needing to own the actual asset.

The ability to trade assets of all kinds in a decentralized manner, without relinquishing custody of your funds, is extremely powerful. From going long or short on BTC and ETH to speculating on the fortunes of Apple stock, Synthetix lets you do it all with the aid of smart contracts from a single dApp. Keep your privacy, and keep custody of your assets while trading anything you like in any direction. Who said dApps are just for fun? Whether you’re looking to work, play or profit, somewhere out there, there’s a dApp for that. All you have to do is find it.

Unbankedness is a global challenge, but OKEx believes blockchain can change the game. Davos, Switzerland, — At the same time...