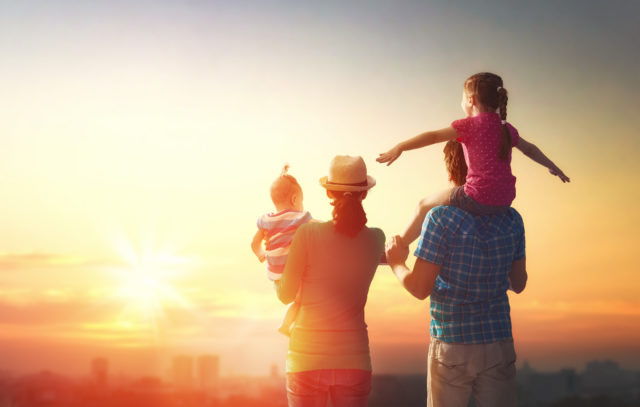 At the start of June, Bitcoin saw a crucial rejection at one of the most pivotal price levels: $10,500.
After surging to that region, the cryptocurrency plunged by $1,000 in the days that followed. It was a retracement that liquidated tens of millions worth of BitMEX longs in the process.
This drop was seen as bearish by many, with some traders likening the recent price action to February’s highs. After all, BTC experienced rejection at $10,500 in February, then crashed to $3,700 in the month that followed.
A pseudonymous analyst posted the chart below, drawing eerie parallels to BTC’s price action in February and in June. The insinuation is that Bitcoin could be about to see yet another dramatic crash.
Bitcoin analysis by trader “Il Capo of Crypto” (@CryptoCapo_ on Twitter). Chart from TradingView.com
Yet an analyst has explained that derivatives data shows that Bitcoin’s underlying market is anything like February.
Analyst Explains Why He’s Being a “Stubborn” Bitcoin Bull
There may be similarities between the recent price action and February but derivatives data shows underlying differences.
A cryptocurrency technician recently shared the image below, showing largely unseen differences between the two time periods.
It shows that in February, the derivatives market was screaming that Bitcoin was overbought. At the time, OKEx traded at a heavy premium to BitMEX, Coinbase traded at a premium to BitMEX, and funding was positive.
This confluence suggested that there were heavy futures and spot buying. This was likely done by traders building leveraged longs and retail investors buying into the Bitcoin hype.
BTC derivatives data/market analysis by crypto technician “Byzantine General” (@ByzGeneral on Twitter). Chart from TradingView.com
Now, there is a lack of premium between markets and periods of mostly negative funding rates. To the analyst that shared this data, this is a sign that Bitcoin is not currently overleveraged and overbought. This means it does have room to sustainably rally.
“Here’s why I’m being a stubborn bull. At the peak of the last rally in February, there were a lot of very clear signs that the market was overleveraged and overbought. But at the moment we don’t really have that.”
Other Market Signs Beg to Differ
Other market signs suggest that a retracement is likely, though.
Blockchain analytics firm IntoTheBlock is reporting that Bitcoin is “mostly bearish” per on-chain and exchange data. Namely, the momentum of traders in profit is suggesting a bear trend is in place.
Furthermore, network growth is currently stagnant while whale addresses are neither buying nor selling coins.
Also adding to the cautious sentiment, a trader said that Bitcoin’s recent price action is textbook distribution. He said on the matter:
“A couple more clues developing that lend themselves to HTF distribution. 1. Rising Demand on the verge of failing. 2. Side by side, ascent vs descent with selling the dominant pressure from volume. We break to the downside, I’m not interested in $7ks. Much lower.”
Featured Image from Shutterstock
Price tags: xbtusd, btcusd, btcusdt
Chart from TradingView.com
Analysts Say Bitcoin Looks Like February’s $10k High. Key Data Shows Otherwise

How Bitcoin Would React to Massive $1B Options Expiry Today

Bitcoin options contracts with a notational value worth $1 billion will expire on Friday across several derivatives exchanges. Observers anticipate...