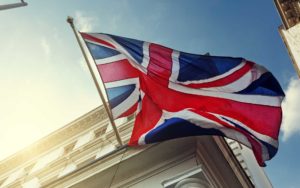 Dragon Payments Ltd., a crypto exchange platform based in the UK is going into forced liquidation.

Dragon Payments Announces Forced Liquidation
In a statement issued on its website, the company formerly known as London Block Exchange (LBX) announced the news of its forced liquidation. The decision comes following a winding up order against the crypto exchange at the back end of January 2020.
According to the announcement, officials of London-based accounting firm David Rubin and Partners will be responsible for overseeing the liquidation process. An excerpt from LBX’s announcement detailing the focus of the liquidators reads:
The Joint Liquidators and their team are working toward resolving customers’ concerns, including the recovery of any sums owed, as a matter of priority. The Joint Liquidators’ team are contactable on the details below, and all queries or claims for monies owed should be addressed to them directly. We will endeavour to provide a further update as soon as possible.
While no details have been given about the financial state of the crypto exchange, the January 2020 winding up order points to cash flow problems. Such orders usually happen in the UK when a company is unable to service its debts.
The forced liquidation potentially signals the curtain call for the over the counter (OTC) crypto exchange launched back in 2017. As previously reported by Bitcoinist, the company was looking to launch a UK Pound Sterling-backed stablecoin while maintaining strong compliance with regulatory provisions.
Increasing Compliance Cost for Crypto Exchange Platforms
LBX is only the latest in a string of UK and European-based crypto businesses shutting down as the European Union’s (EU) fifth anti-money laundering directive (AMLD5) comes into effect. Several commentators are already highlighting the increased cost of compliance associated with provisions in the new AML paradigm.
European crypto exchange platforms like BottlePay, and other virtual currency businesses like ChopCoin (gaming service), and Simplecoin (mining pool) have also closed down in the last couple of months.
Europe’s new AML laws see crypto exchanges having to comply with the same financial regulations as banks, facing still penalties if caught contravening the new rules. Austrian authorities say crypto exchange platforms in the country could face fines as high as 200,000 EUR (about $221,000) for not complying with its new licensing provisions.
Will more European crypto exchange platforms shut down with the coming of AMLD5? Let us know in the comments below.