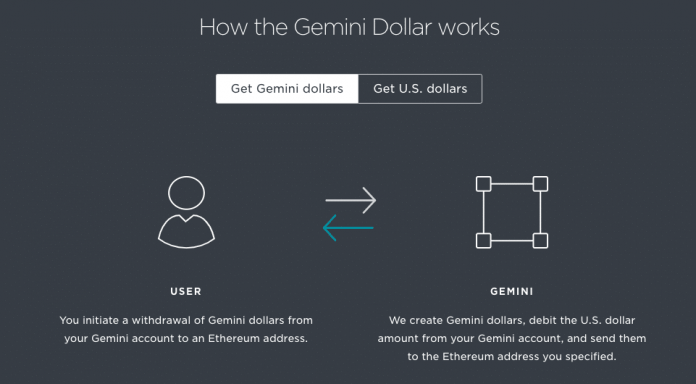 A stablecoin is a cryptoasset with a mechanism in place to keep the price stable. Given the volatile nature of cryptoassets like Bitcoin and Ethereum, stablecoins offer many of the transactional benefits of digital assets with much more stability.

A common criticism of this type of stablecoin is its centralized nature, requiring the trust of an issuing party and rather intense regulation. When you deposit fiat into the bank account associated with the stablecoin, the network mints new coins. Conversely, when you go to liquidate stablecoins, the network burns those coins and you receive the collateral.

TrueUSD (TUSD) is one of the most popular centralized IOU stablecoins. TrustToken, a company specializing in traditional asset tokenization, launched TrueUSD in March.

In the TrueUSD system, multiple trust companies hold U.S. dollars in their bank accounts. This system differs from Tether, where one banking partner holds the collateral. Furthermore, TrueUSD ensures transparency by publishing the contents of its bank accounts every day and subjecting itself to monthly audits.

Both stablecoins are ERC-20 tokens collateralized 1:1 with U.S. dollars that are held in US-located and FDIC-insured banks.

Gemini and Paxos received BitLicenses in October 2015, and May 2015, respectively. Complying with regulation, any GUSD or PAX stablecoin you use for illegal activity may be subject to seizure by or forfeiture to a law enforcement agency.

Digix Gold (DGX) is another centralized IOU stablecoin project, with gold collateral instead of fiat money. Each DGX token is backed by one gram of gold.

Digix utilizes a Proof of Asset (PoA) consensus mechanism, a process that involves verifying ownership on the Ethereum blockchain. The company stores the gold serving as collateral in a custodian vault, The Safe House, in Singapore. The Safe House can store up to 30 tons of gold, but Digix is looking to work with more vaults around the world.

Crypto-collateralized stablecoins are backed by digital assets on-chain. This type of stablecoin is collateralized with other cryptoassets, such as Ethereum or another token.

MakerDAO is a prominent project that uses this model and is the company behind the Dai stablecoin. MakerDAO utilizes a two-coin model: Makercoin (MKR) and Dai (DAI).

Makercoin is a governance token with respect to the Maker Platform. Dai is the stablecoin with which you lock up Ether in a collateralized debt position or CDP. You lock up your Ether in CDPs in the form of pooled ether (PETH). Dai is then generated for you, while interest is calculated on PETH over time.

Havven is another stablecoin utilizing a crypto-collateralized mechanism. Like MakerDAO, Havven also features a two-coin model: nomins (nUSD) and havven (HAV).

The nomin has a floating supply to stabilize its price, while havvens feature a stable supply, providing collateral for the system. The projected network fees determine the value of havven. If you hold havven, you may receive dividends from locking funds in a smart contract.

The stability of nomins relies on the value of havvens and is over collateralized by havvens. Havven completed a $30 million ICO in March.

Augmint and Sweetbridge are a few other projects that have created crypto-collateralized stablecoins.

How can something achieve a stable price while being uncollateralized? The answer is seniorage shares, a concept invented by Robert Sams in 2014. Seniorage shares use a smart contract to mimic a central bank in which the monetary policy has only one obligation, issue a currency with a value of $1. In other words, the network issues new coins if the price of the stablecoin is too high, and burns coins if the price is too low.

Basis is a well-known project that features a non-collateralized stablecoin. The Basis token is stabilized through on-chain supply management.

CarbonUSD, created by Carbon, is another stablecoin implementing a non-collateralized price stability mechanism. Beginning as a fiat-collateralized stablecoin, CarbonUSD will eventually switch to a hybrid fiat-algorithmic model once it reaches sufficient scale as a fully-fiat backed stablecoin.

According to Sam Trautwein, Co-Founder and CEO of Carbon, the ultimate vision is for Carbon to contain a basket of whitelisted stablecoins, including a trust-minimized, algorithmic stablecoin.

Carbon is currently using the Ethereum blockchain, but the team has plans to eventually transition it to Hedera Hashgraph, an in-development high-throughput protocol. Carbon has raised $2 million to date. Investors in Carbon include First Mark, General Catalyst, Digital Currency Group, Plug and Play, and more.

Kowala and Fragments are a few other stablecoin projects implementing seniorage shares.

The post Understanding the Three Types of Stablecoins appeared first on CoinCentral.