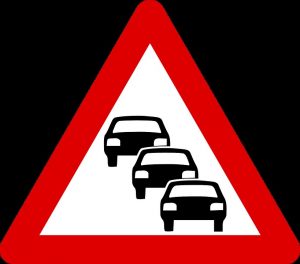 Network congestion from an unknown spammer has caused the price of Ethereum to take a tumble in recent days. Tracking the ETH price live, its dollar value has fallen from $411 to $361 since August 4. Although trading on August 10 has seen a small reversal, the day’s Ethereum price chart still shows a $50 drop in the week.

The incident in question saw one user move around large quantities of ETH by making circular payments. By executing a stream of transactions, the user raised fees above the $1 mark and consumed more than 36% of gas on the network. As well as users having to pay more in fees to process their ETH payments, the scam affected the various Ethereum-based games. CryptoKitties, the virtual cat breeding game, was the first to raise its prices.

Although CryptoKitties promised to reduce fees once the congestion had cleared, the incident has cost thousands of users more than expected. For investors, the scam has raised questions over the security of the network and, in turn, the price of ETH. Although Ethereum remains one of the leading cryptos, it isn’t impervious to attacks and hacks. In July, the Ethereum scambots were at it once again, this time duping followers of Elon Musk into sending their funds to fraudulent wallets.

For what’s still an emerging technology, these issues are to be expected. However, for the short-term Ethereum price rating, they’re taking their toll. Looking forward, scambots and the like should prove less costly to the price of Ethereum. However, when someone can use the network’s own protocols against it, the solution is less obvious. Does this mean the price of Ethereum in dollars will continue to fall? Almost certainly not. Despite the current flaws, the technology is improving and innovations are being released almost every week.

However, unless the developers can find a way to irradiate inherent weakness, ETH donations and improvements to MyEtherWallet won’t count for much. Naturally, the optimistic will look at the latest Ethereum price dip as the perfect time to buy. The blockchain is well-established and it has some of the best crypto minds in the world working on the project. For those reasons alone, investing now has its merits. However, it’s important to remember that cryptos are far from perfect. Indeed, if you’re going to buy ETH, it’s important to understand this. The recent scam is a timely reminder of the system’s weakness and, in our view, the likely cause of the recent bearish trend.

*Information in this article shouldn’t be taken as investment advice.