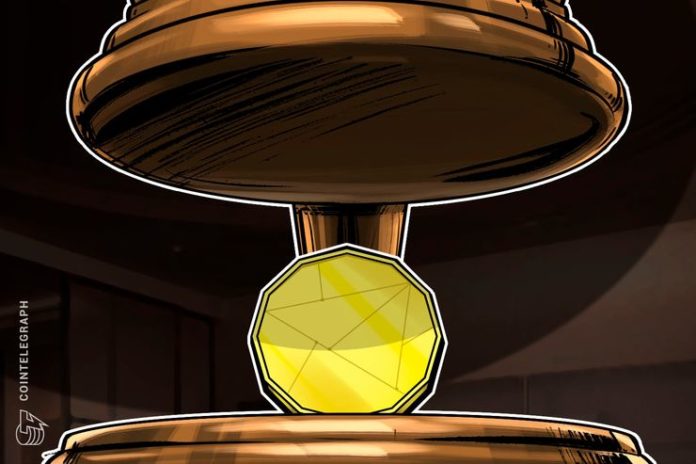 A U.S. federal district judge has ruled that an allegedly fraudulent crypto token meets the definition of a commodity, bringing the case under regulators’ purview, Finance Feeds reports September 27.

Judge Rya W. Zobel of the Massachusetts District Court ruled Sept. 25 against a motion to dismiss a case that had been launched by the Commodity Futures Trading Commission (CFTC) against an allegedly fraudulent crypto scheme known as “My Big Coin Pay Inc.,” reported to have been based in the state of Nevada.

The CFTC had sued tech entrepreneur Randall Crater, and other relief defendants tied to his firm, for allegedly violating the Commodity Exchange Act (CEA) by manipulating investors to buy My Big Coin (MBC) via a series of misleading or false statements. A total of 28 investors are purported to have been defrauded of a collective $6 million, having been led to believe that MBC was “backed by gold” and was being “actively traded” on various crypto exchanges.

The defendants are further alleged to have “arbitrarily” manipulated the value of MBC to dissimulate the price fluctuations of a legitimate cryptocurrency, despite investors purportedly themselves being unable to withdraw funds or trade their MBC token holdings.

Crater’s lawyers had attempted to dismiss the CFTC’s case, arguing that the token escaped the regulator’s enforcement jurisdiction as it was neither a tangible good nor service on which futures contracts are based.

Nonetheless, Judge Zobel ruled in favor of categorizing both MBC and Bitcoin (BTC) — with which Crater had purportedly compared the token — as virtual currencies in which “contracts for future delivery are […] presently dealt in.” The judge ruled that a “commodity” for the purposes of CEA is broader than any particular type or brand of that commodity, concluding that:

Judge Zobel is reported to have referred to the precedent set by an earlier case from March, in which New York district judge Jack B. Weinstein ruled that the CFTC had the authority to regulate the commercial operations of another, allegedly “bold and vicious” crypto-related fraud from a firm known CabbageTech Corp.

Judge Weinstein’s ruling confirmed the applicability of federal commodity regulations to Bitcoin under the CFTC’s oversight, leading to a successful court order that permanently barred the operations of CabbageTech Corp. this August.

The Daily: Around the World on 1 BTC and the Plausibly Deniable Brainwallet

In today’s edition of The Daily, we’re focusing on human interest stories. Tales involving people rather than products, as a...