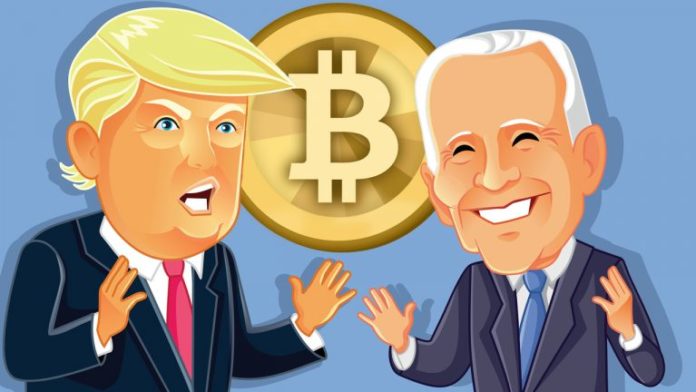 He draws on a number of fundamental and technical factors to illustrate his point. For example, McDonaugh argues that the recent surge in the price of bitcoin (BTC) is actually part of a sustained rally since the ‘Covid capitulation’ event back in March.

“Since then we’ve seen nothing but bullish signals appear one after another,” McDonaugh said, in thoughts shared with news.Bitcoin.com

“We’ve seen four straight ‘higher lows’ play out (if you split the time since March into consecutive 60-day cycles), which means there is a clear uptrend unfolding,” he added.

America is awaiting the results of a Nov. 3 presidential election pitting incumbent Donald Trump and challenger Joe Biden. Pre-election polls, including crypto-based predictions, have almost been unanimous, pointing to a Biden win.

Pundits have forecast a variety of scenarios of the election outcome’s potential impact on bitcoin, but consensus appears to indicate that no matter who wins, bitcoin will also win. That’s because the next president is likely to continue with stimulus spending – inflationary economics that always push investors toward safe-haven assets like bitcoin.

McDonaugh, who is also co-founder and managing director of crypto-asset investment firm KR1 plc, pointed to the fact that bitcoin has spent more time above the $10,000 mark than ever before in its history – a show of huge buying strength in the market.

“Clinging on above this price point over the months of July, August and September was a huge moment…” he opined.

He predicts that BTC will hit its record high of $20,000 by late December or early January, but warned this will come with increased volatility – periodic bursts of sharp declines, of as much 30%. There were five such declines on the way up to $20,000 in 2016/17.

“We’re currently seeing a very ‘right translated’ 60-day trading cycle, which means we’ve spent a lot more time than normal ‘going up’ and there’s not much time left in the cycle to ‘go down’, McDonaugh explained, adding:

We’re currently on day 57 since the last 60-day cycle bottom formed. If the market strings a range of consecutive right translated cycles together, this is what forms an uptrend. The sustained bitcoin price this late on in the cycle would therefore point to yet further strength coming to the market in the near future, as it’s possible we will only form a ‘shallow low’ before embarking on the next 60-day cycle.

What do you think about the US election and bitcoin? Share your thoughts in the comments section below.