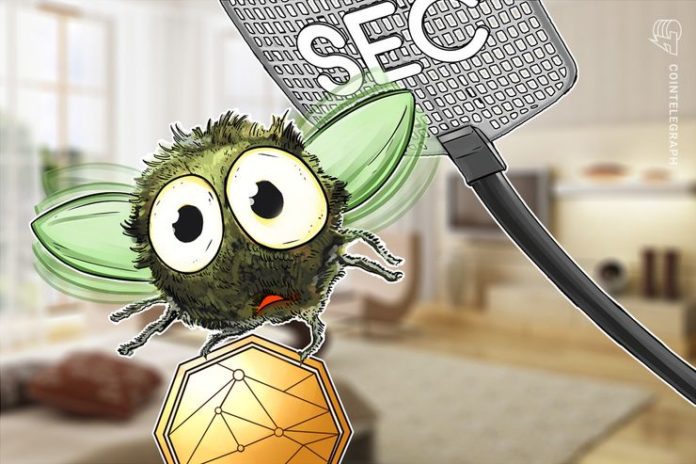 The SEC suspended the ICO project with an emergency court order, and also halted pre-ICO sales by the company Blockvest LLC, and its founder Reginald Buddy Ringgold III.

The complaint by the SEC alleges that Blockvest falsely claimed that their ICO and affiliates had acquired approval from major financial regulators, including the SEC itself. Blockvest and Ringgold — who also goes by the name Rasool Abdul Rahim El — claimed the crypto fund was “licensed and regulated.”

According to the SEC, Blockvest and Ringgold also violated the law by continuing their fraudulent activity after receiving a cease-and-desist letter by the National Futures Association (NFA).

Following the SEC’s complaint, the U.S. District Court for the Southern District of California issued an order freezing Blockvest and Ringgold’s funds as well as suspending their securities registration provisions. The hearing is set for Oct. 18, and will consider prolonging the preliminary injunction and the asset freeze.

Other firms have attempted to defraud investors by make spurious claims about their status with federal regulators. On Sept. 28, the U.S. Commodity Futures Trading Commission (CFTC) filed a suit against two companies for alleged fraudulent solicitation of Bitcoin (BTC). The companies were also impersonating a CFTC investigator, as well as using forged official documents to pose as the the CFTC’s General Counsel with the CFTC’s official Seal.

The SEC’s Office of Investor Education and Advocacy, and the CFTC Office of Customer Education and Outreach have issued an investor warning on the use of false claims regarding SEC and CFTC endorsements.

Earlier this year, the SEC Office of Investor Education and Advocacy launched a fake ICO website, intended to increase awareness of the typical warning signs of scam ICOs and promote investor education.

FSB: Crypto-Assets Not a Threat to Global Financial Order

Cryptocurrencies do not pose a threat to global financial stability, but the diverse range of national regulatory regimes throughout the...