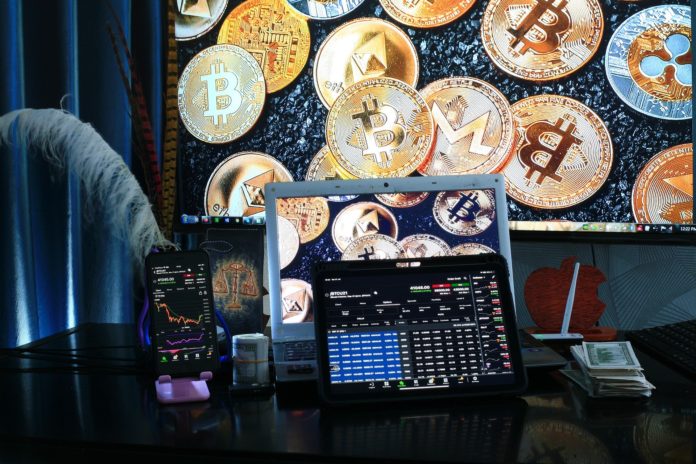 The Bitcoin 2022 conference in Miami this year featured several familiar faces from the political world, including bitcoin advocate Cynthia Lummis.

Last week, the who’s who of the Bitcoin scene gathered at the Bitcoin 2022 conference in Miami. Among all the laser-eyed attendees were several politicians from the three major U.S. political parties. Among them Francis Suarez, Mayor of the City of Miami, Andrew Yang from the Democrats, Cynthia Lummis as well as Jo Jorgenson, presidential candidate of the Libertarian Party.

Bitcoin support from all parties

For a long time, the topic of Bitcoin was almost exclusively in Republican hands. In the meantime, however, more and more Democrats, such as Andrew Yang and Eric Adams, are coming out of the woodwork and coming out as public supporters of the cryptocurrency at conferences. That’s a good thing, too, because it prevents the issue from becoming politicized and polarized and thus promotes bipartisan cooperation, which is ultimately positive for the entire crypto space. This cooperation is also urgently needed, after all, there are also influential voices in the US, such as US Senator Elizabeth Warren, who would prefer to ban Bitcoin.

Cynthia Lummis, U.S. Senator from the state of Wyoming, has so far emerged as particularly crypto-savvy. In a conversation with Marco Santori, Chief Legal Officer at Kraken, Lummis let slip how she feels about the bipartisan bill called the Responsible Financial Innovation Act. You can find the full interview here:

Two weeks ago, the Republican had brought Democrat Kirsten Gillibrandt from New York State on board. Together, they are now working on the aforementioned bill, which has a high symbolic value because the two are from different parties. The draft law contains components on privacy protection, consumer protection and taxation in general.

About a month ago, Senator Kristen Gilibrand from New York decided to take an interest in this bill, and she just jumped into it. It’s so fabulous.

Cynthia Lummis at the Bitcoin 2022 conference.
On digital central bank currency (CBDC), the U.S. Senator emphasized that a stablecoin is more likely than a CBDC:

If there is a digital product that goes directly to the consumer, it would be a stablecoin. I think that’s a much more American way to introduce this technology because it’s backed by the U.S. dollar.

Cynthia Lummis at the Bitcoin 2022 conference.
According to Lummis, both the Fed and the U.S. Senate are aware that a digital central bank currency modeled on China’s e-yuan could ultimately be used as a surveillance tool.

However, Lummis uses an example to illustrate just how powerful a tool Bitcoin has become: “We had a witness [in the U.S. Senate] who was in Ukraine, and we asked him, “Would you rather receive aid in Bitcoin or in fiat currency?” To which he replied, “We can have the Americans send us Bitcoin today and spend it the next day on medicine, water, food, and shelter. We could never do that with fiat currency.”

The Bitcoin community is growing. A Statista survey from December 2021 showed that about 13 percent of the U.S. population owns cryptocurrencies – and the trend is rising. The topic of Bitcoin has thus long since become a “single voter issue.” This means that voters rate the Bitcoin issue as decisive for their cross in an election. Of course, one does not want to miss out on this electorate. Last week’s Bitcoin conference made it clear that support is growing on both sides of the political spectrum. Whether this is actually serious, however, is a different matter.