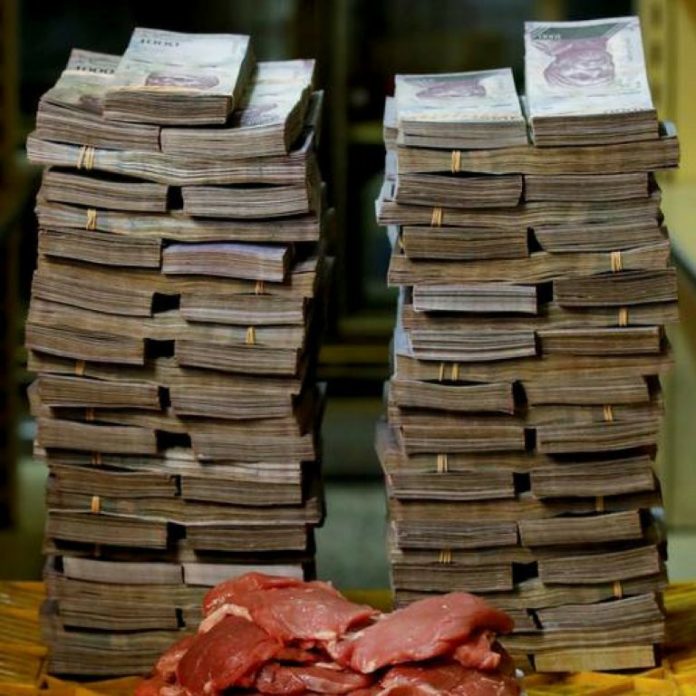 Hyperinflation has taken off to cartoon proportions in Venezuela, leaving the government to take rather drastic steps in trying to restore confidence in its domestic market. That’s a very heavy, ambitious goal, and so the government ordered banks and exchanges to remove five decimal places in the hope of curbing hyperinflation. And to limit further confusion, this week it announced its Sovereign Calculator, an Android app, to help its citizens understand re-denomination.

Bolivarian Republic of Venezuela favorite government developer, Comunicación Digital VE, is best known for gamification. Its previous applications have attempted to present leaders and luminaries in softer lights: Super Bolívar, a game about Simón Bolívar, considered the country’s founding father, and even Todo Chávez, about former president Hugo Chávez, are some of its better known games. It’s little wonder, then, the government has tapped them for their latest app in a campaign to make re-denomination go smoother. “The Sovereign Calculator,” the country’s central bank tweeted, “a tool for everyone and all Venezuelans, is the best ally people will have to understand and assimilate the monetary re-denomination process. Download it now!”

An Android specific application, it’s a pretty basic, well, calculator. Users can now determine what was 100,000 bolivars, for example, is now 1 in the government’s re-denomination scheme. It has already been downloaded thousands of times, and has very high rating. In a rush, an error in plunking down the wrong amount of bills, or plugging in the wrong numbers, could be an expensive mistake, no small matter in a universally understood disaster of an economy. This is especially true as the government has paraded merchants to jail it alleges were gouging the public.

An interesting admission baked-in to The Sovereign Calculator is factoring black market goings on as they relate to exchange rates, a problem not unusual to Venezuela but, yet again, another costly issue for a people already hurting. The government pegs 60 bolivar to 1 dollar, while the black market has it closer to 40, a substantial difference.

Will schemes such as re-denomination and calculators ultimately work? Let us know in the comments below.

IOTA (MIOTA) Digital CarPass Is On Its Way, Here Are What You Need To Know

Digital CarPass, a project that Volkswagen and IOTA (MIOTA) are working on is near completion and will soon be unveiled...