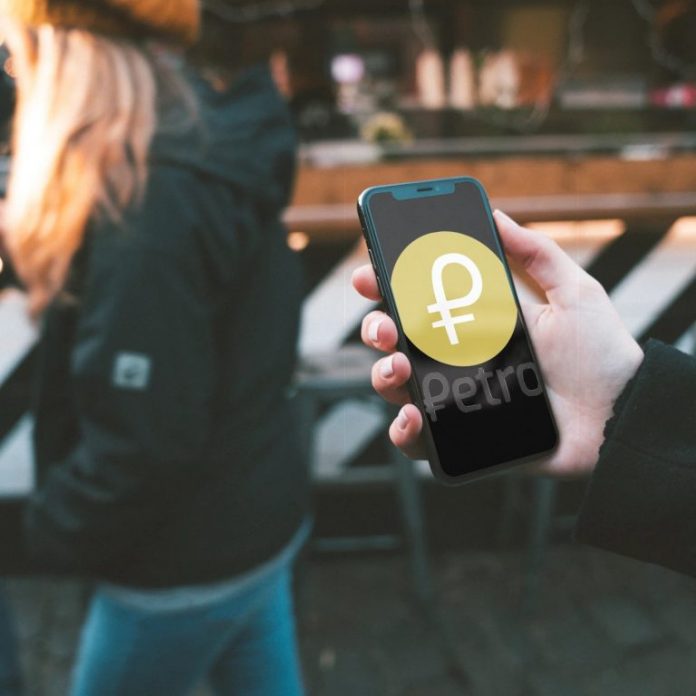 Venezuela’s controversial national cryptocurrency, the petro, is slowly permeating the everyday lives of its citizens. The currency, each unit of which is supposedly backed by a barrel of oil, has begun appearing on screens when Venezuelan customers log in to their bank accounts. The move marks the latest attempt by President Nicolás Maduro’s government to force adoption of the petro.

In the last few days, a number of  Venezuelan residents have reported seeing the petro appear as a unit of account when performing their online banking. Despite customers having expressed no interest in using the cryptocurrency, national banks have begun to introduce it at the government’s behest, in a bid to normalize the petro and ultimately secure adoption. News.Bitcoin.com has received reports of Banesco and Mercantil, two of Venezuela’s largest banks, introducing the measure.

When customers of these banks now log in, they see their balance denominated in two currencies: the bolivar and the petro. While the latter is supposedly correlated to a barrel of oil, there has been little evidence to demonstrate this, and little public appetite for adopting the cryptocurrency, despite the devaluation of the bolivar. The bolivar fuerte officially replaced the bolivar soberano on Aug. 20 of this year at a rate of 1 fuerto to 100,000 soberano, in a bid to stem the tide of hyperinflation. News.Bitcoin.com’s Venezuelan source has reported that two of the country’s other largest private banks, BBVA Provincial and BFC, have yet to emulate Banesco and Mercantil by denominating balances using the petro.

Concerted efforts by the government to ensure adoption of the petro have included the Supreme Court ordering a compensation payment to be made using the cryptocurrency. Evidence suggests there is little desire among ordinary members of the public, however, to use the petro, which is essentially a clone of dash. Instead, data shows that Venezuelans are turning to decentralized cryptocurrencies such as bitcoin core. Localbitcoins trade volumes for BTC have reached record highs in recent weeks, with over 1,000 BTC a week being traded on the P2P marketplace in October.

What are your thoughts on Venezuelan banks introducing the petro? Let us know in the comments section below.