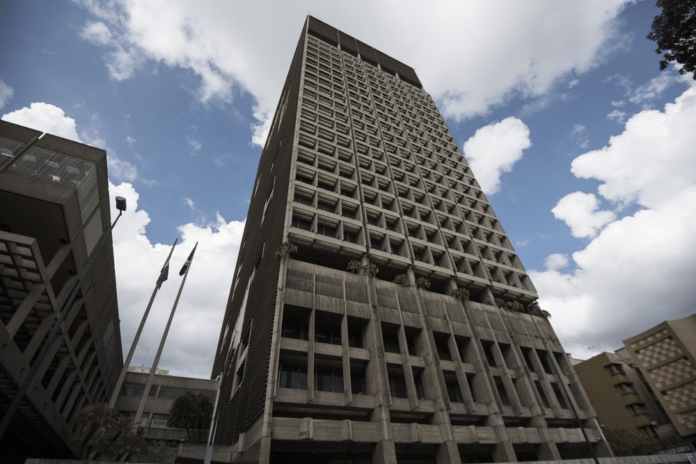 The cataclysmic political situation in Venezuela is driving cryptocurrency adoption as a fast-rising inflation rate devastates the economy. It is currently projected to reach 10 million by the end of 2019 according to the latest IMF economic forecast. Bitcoin is becoming more popular as the Petro crypto flops.

The United States, in particular, has been applying sustained pressure on Maduro’s government by targeting vital sectors and his inner circle. The Banco Central de Venezuela (The Central Bank of Venezuela) was, for example, recently slapped with sanctions.

According to a statement issued by Treasury Secretary Steven T. Mnuchin,  “Treasury is designating the Central Bank of Venezuela to prevent it from being used as a tool of the illegitimate Maduro regime, which continues to plunder Venezuelan assets and exploit government institutions to enrich corrupt insiders.”

Economic sanctions imposed by other western powers have further worsened the situation by making it harder for Maduro’s administration to prop up the value of the Venezuelan Bolivar which is in free-fall.

The dire state of the economy has led to more Venezuelans embracing crypto to circumvent blocked international money transfer systems to partake in global trade and access remittance services.

Treasury has placed sanctions on the Central Bank of Venezuela to prevent it from being used to access the U.S. monetary system. (Image Credit: WSJ)

The Venezuelan government has for some time now tried to promote its Petro digital coin internationally and among the populace but the project is largely a flop. Allegedly backed by the country’s oil and mineral reserves it was launched in 2018, but has yet to gain acceptance among major international cryptocurrency exchanges.

Six local exchanges were initially authorized to issue the coin and they include Amberes Coin, Criptolago, Bancar, Cave Blockchain, Afx Trade, and Cryptia, but current trade volumes are very low.

CoinMarketCap indicates that the total amount of transactions carried out in Petro within the past 24 hours is zero. In contrast, bitcoin trades average over $20 billion a day.

Due to the current political mayhem, many Venezuelans are skeptical about the Petro because its very existence is determined by the administration at the helm. As such, many citizens now prefer using BTC as a medium of exchange and a store of value.  Maduro’s term in government is presently shrouded in uncertainty and his removal could mean the end of the Petro’s significance.

Venezuela’s opposition leader, Juan Guaidó, seeks to take over power from Maduro but is a staunch bitcoin crusader and highly anti-Petro. He has propagated agendas against the government-backed cryptocurrency via social media since the coin’s inception.

As such, his accession to power could lead to the Petro being scrapped. After all, it was developed to circumvent U.S. sanctions which will most likely be lifted if he takes over leadership.

The latest trading statistics indicate that BTC trades in the nation are on the rise. Going by CoinDance figures, Venezuelans now trade over $39 billion worth of bitcoins per week via LocalBitcoins, a P2P platform.

Some major Venezuelan retailers have joined the crypto bandwagon and now accept digital currency payments. Traki, a retail company with 49 outlets is among them and according to the latest reports, it now accepts major digital currencies such as Bitcoin Cash, Bitcoin, Dash, Ethereum and Litecoin.

The undertaking was made possible through a partnership with Cryptobuyer Pay, a virtual point of sale processor. Traki sells items ranging from fashion to food.

There are numerous crypto charity initiatives in Venezuela which aim to assuage the hardships that affect a vast majority of the population. Over 80 percent of the citizenry is thought to be living in poverty.

The charities offer tokenized money such as bitcoin, Dash and EOS to poverty-stricken citizens with the aim of not only helping but encouraging cryptocurrency use. One charity organization, GiveCrypto, has been providing about $7 a week to families that are unable to make ends meet.

The amount is equivalent to the national monthly average minimum wage and is sent to families via apps. According to Joe Waltman, the organization’s executive director, the main aim of the initiative is to help people adopt cryptocurrencies especially in cases where conventional monetary systems are broken, and Venezuela is a great place to start.

Project manager, Efrain Pineda, has also underscored the importance of helping the population overcome certain perceptions about digital assets including the myth that only tech-savvy individuals can transact in cryptocurrencies.

The food crisis in the country and unpredictable humanitarian aid blockades at the borders have made crypto donations a more feasible option for organizations looking to support impoverished citizens during these trying times.

AirTM is another company undertaking a cryptocurrency-based relief project in the South American nation. Its venture, dubbed Airdrop Venezuela, is led by Steve Hanke, an applied economics professor at John Hopkins University. It aims to raise over $1 million to help Venezuelans and push crypto adoption.

Airdrop Venezuela has so far managed to raise more than $290,000 in donations and currently has approximately 60,000 registered beneficiaries.

Do Cryptocurrency Trading Pools Have a Future?

Cryptocurrency trading in 2019 has come to a fair long ways from its gun-slinging Wild West days where whales and...