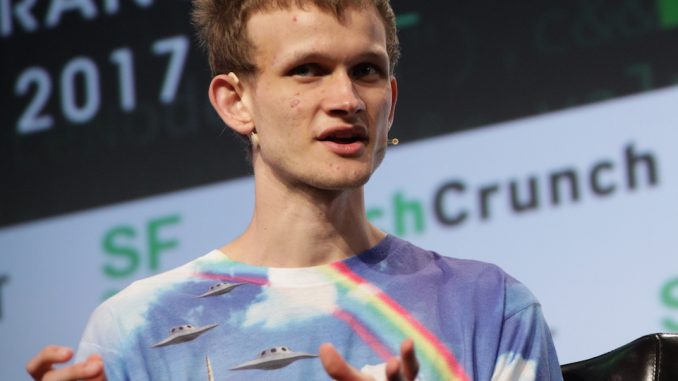 At a conference there was a dispute between Vitalik Buterin and Craig Wright. During a panel discussion, Vitalik stood up and wondered why this cheater (meant Craig Wright) was allowed to speak at the conference.

In May 2016, Craig Wright alleged to several media (Gizmodo, Wired, BBC, Economist and GQ) that he is behind the pseudonym of Bitcoin inventor Satoshi Nakamoto. However, he remained guilty of clear evidence. The evidence he presented, according to experts are not credible. The clearest proof would be if Craig Wright postponed the Genesis Block, the first block ever gemined, on Blockchain. The first bitcoin block was probably gemined by Satoshi Nakamoto, who also has to own the private keys for the block. The proof, however, was owed to Craig Wright.

However, as the right Satoshi Nakamoto has still not been found, Craig Wright can travel the world and announce his message. At a conference, Vitalik Buterin, one of the founders of Ethereum, has now burst his neck as he should follow a discussion by Craig Wright. Vitalik Buterin rose from the audience and asked loudly, “Why is this cheater (Craig Wright) allowed to speak here?”

The whole situation was recorded by a Twitter user via video. You can find the video here.

bravo to @VitalikButerin calls out fake Satoshi at Deconomy. Credit to austinalexander for video . pic.twitter.com/SigNLRO7le

Somewhat later, Craig Wright himself responded to the incident via Twitter, accusing Vitalik of not having a chance at his ethic over Bitcoin Cash, which Craig Wright has since promoted.

Vitalik has one issue…

When we demonstrate what BCH can do, he knows that ETH will wither and die.