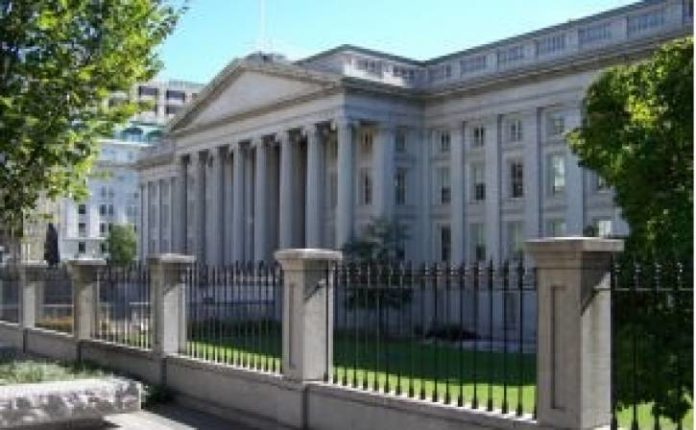 General Counsel, Patrick Murck, tells that the meeting was a “productive and frank” discussion about new digital currency. “It was a positive first step for the industry in creating an open and on-going dialog. I left feeling very encouraged that we were able to dispel some myths and misinformation about how the bitcoin protocol works.”- adds Murck.

Reminding, Bitcoin is a new digital currency which is starting to spread widely across the world and is getting a lot of attention in United States right now. These are the coins you can send through the internet. It has a number of advantages, like person to person transactions, instead of sending money through the bank, the fees are much lower, your account cannot be frozen and much more. One of the main priorities of the digital currency is the fact that no central authority is intermediating.

Director of information policy, Jim Harper, tells about the discussed topics at US treasury building in Washington DC, where the meeting was held. He states that topics such as law enforcement, privacy and the way government would control the industry were brought up, which is according to Harper is a very negative influence towards Bitcoin industry. “We talked about how the weight of regulation in the US can, and does, drive bitcoin service providers to move outside of the country,” claims Harper. He also states that Bitcoin Foundation was able to explain what exactly the blockchain is and how it works, therefore being successful in eliminating all the doubts and uncertainties whether there is some “magical secrecy” to bitcoin. “I counselled against the practice of spreading FUD (fear, uncertainty and doubt) about bitcoin, which is already all too common. It’s not OK to talk bitcoin down without a factual basis.” – insists Jim Harper.

Apparently US government is nervous to lose the control over taxation and currency manipulation with cryptocurrency spreading in United States. Bitcoin is governed by mathematical formulas, not a private board, which makes it harder for US government to manipulate currency.

There were many sceptics at the meeting, bringing up questions that indicates “hostility to progressive change” – says Harper. However, he also concluded that although most people were sceptical, they were also open- minded and fair. There are some insecurities around US- based bitcoiners that regulators will stand against digital currency in US territory, therefore causing a lot of trouble to bitcoin industry, since there are loads of lion’s share of bitcoin businesses and enthusiasts in the country.

As already mentioned, Bitcoin is extremely popular in US in comparison to other countries for now. The number of US downloads of the original bitcoin client compiles 460, 394 times, which is more than a number of downloads in China, the UK and Germany summed up.

All the transactions are public, therefore anyone can see users’ identification, by knowing some additional needed information. Therefore, there is another meeting in Capitol Hill today regarding the discussion about legal issues concerning cryptocurrency.

Bitcoin is a bikers business

Two bikers – Borja and Elvis were selected for this 16-country, 8,000-mile trek. Along the way they will have to...