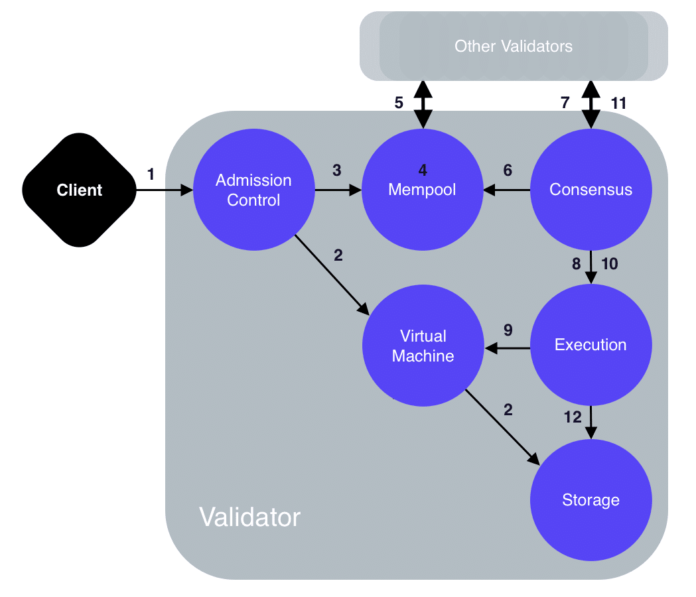 Libra is a stablecoin launched by Facebook backed by a mix of bank deposits and short-term government securities. Unless you’ve been trapped on the Himalayan mountains for the past week, chances are you’ve heard about Libra. Facebook released the whitepaper for their new stablecoin on June 18, and the media has been abuzz with what effect the cryptocurrency will have on the blockchain space as well as traditional banking infrastructure.

We’re here to break down the Libra project piece-by-piece so you can get an understanding of how it works and the potential implications of its 2020 launch. In this guide, we’ll be covering:

How Does Libra Work?

The Libra project mission is to be

“A simple global currency and financial infrastructure that empowers billions of people.”

To accomplish this goal, the Facebook team is creating a stable-value, worldwide, digital currency – Libra. From Uber payments in New York to street cart vendors in Bangkok, Facebook wants you paying with their cryptocurrency.

Libra’s assets are held in the Libra Reserve.

The Reserve contains enough funds to fully back every Libra at all times.

To initially fill the Libra Reserve, Facebook is collecting funds from Founding Members who will receive a separate token, Investment Token, in return. Investment Tokens get you a slice of the dividend pie that the Reserve earns on interest payments from its assets. To become a Founding Member, though, you need to pony up $10 million and have a fairly substantial technology infrastructure.

What you need to know…the Libra reserve is a reserve of real assets that will back the #Libra currency, providing low volatility and wide global acceptance. Learn more https://t.co/VPS7LllcNn #cryptocurrency

The other method Facebook is using to fill the Reserve is directly through consumer Libra purchases. More Libra will only enter circulation when you exchange your fiat (i.e., U.S. dollars) for some. When you sell Libra for fiat, the coins will be destroyed, decreasing the circulating supply.

The Reserve assets are distributed among custodians around the world. As mentioned earlier, Facebook is investing the Reserve funds into low-risk, low-interest assets from which dividends will fund ecosystem development, non-profits, engineering research, and Founding Members.

The Libra Blockchain is the workhorse behind the new cryptocurrency and associated services. The Blockchain utilizes a special programming language, Move, similar to how Ethereum uses Solidity. Using Move, you’ll eventually be able to create and execute smart contracts on the Blockchain. Libra’s virtual machine, MoveVM, facilitates those smart contracts.

The lifecycle of a transaction on the Blockchain network. | Source: Project website

Regarding consensus, the Blockchain employs a Byzantine Fault Tolerance (BFT) approach, dubbed HotStuff. Therefore, there are no miners (like in Bitcoin). Instead, a group of validators operates and maintains the Blockchain. Initially, these validators consist of Libra’s Founding Members. As long as two-thirds of the validators remain honest, the network will survive.

Eventually, Libra is planning to switch to a Proof-of-Stake (PoS) consensus, in which you receive one vote for each coin that you own.

Alongside Libra, Facebook is launching another subsidiary, Calibra. Calibra is a digital wallet for the Libra token on Facebook Messenger, Whatsapp, and as a standalone app. So far, there are many details about the Calibra wallet. However, according to a recent announcement,

With Facebook’s less-than-stellar track record, we can only hope that Calibra provides more transparency about user privacy protection at a later date. Calibra enables you to send and receive payments around the world for little to no fees. | Source: Facebook Newsroom

We do know that Calibra will mostly require Know-Your-Customer (KYC) and Anti-Money Laundering (AML) verification and financial tracking. This process involves collecting user identification and other personal information. Don’t freak out, though. Any U.S.-based company that handles money typically needs to collect this information.

As you know, Facebook is the driving force behind Libra. The social media giant has managed to bring some of the top technological, financial, and cryptocurrency companies into Libra as well.

The Libra Association is the decentralized entity bringing the project to life. The Switzerland-based Association currently includes Mastercard, Paypal, Visa, Facebook, Uber, Spotify, Coinbase, Lyft, and Andreessen Horowitz, among many others as Founding Members. The Association includes some heavy hitters across a variety of industries. | Source: Project website

Besides maintaining the blockchain network, the Association makes governance decisions for the ecosystem. All governance decisions are put to a vote among the Association Council members. Each validator receives one representative spot on the Council. Identical to the BFT consensus, all major policy and technical ruling require a two-thirds majority.

Each Association member is limited to either one vote or one percent of the total vote, whichever is larger.

Another component of the Association, the Social Impact Advisory Board (SIAB) recommends social impact and grant investments. The five- to seven-member council also help to recruit validators to the Association.

Coinciding with the whitepaper release, the team launched the network’s testnet and made the code open-source. The company is planning for a public launch in the first half of 2020. The public release will include APIs, libraries, and other tools for developers to easily build on the Blockchain.

Additionally, the Association is looking to expand its membership to include around 100 worldwide organizations from a wide variety of industries.

As exciting as the whitepaper release is, you shouldn’t hold your breath. Many aspects can, and likely will change before the 2020 launch. And, that’s assuming Facebook won’t push back the launch date. Already, government entities are requesting that Facebook hold off on development until they can figure out regulations.

Some see Libra as a Bitcoin killer. Certain groups feel as if it will demolish competing stablecoins. Others believe it’ll replace the current banking system. The one thing that nearly everyone agrees on, though, is that Facebook’s Libra is set to open up the world of cryptocurrency to a scope of people of the likes that we’ve never seen before.

The post What Is Libra? | A Guide to Facebook’s Upcoming Cryptocurrency appeared first on CoinCentral.