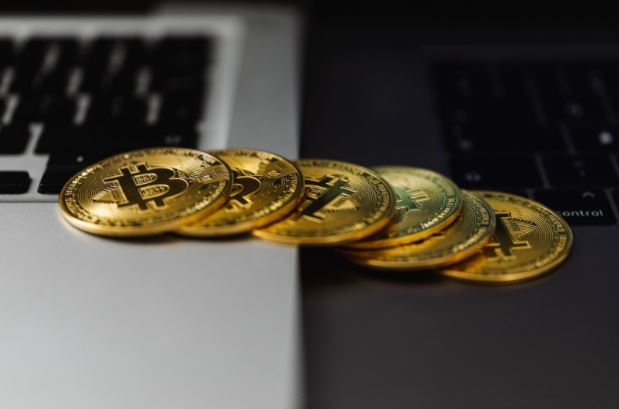 Are you an individual highly interested in cryptocurrency who wants to hear the latest news about digital currencies? Are you curious to find out about other emerging types of cryptocurrencies? Then you will want to hear more about TORG, a new yet highly promising meme coin with great potential and an ultimate goal that sets it apart: to be the cryptocurrency that benefits everyone.

Before going into depth about the next popular digital currency, TORG, it is essential to briefly discuss cryptocurrency in order to understand the rise of meme tokens. More specifically, you will be able to comprehend why there is such a big hype around this new crypto coin, TORG, and how it will completely redefine meme tokens.

All cryptocurrencies have a fundamental technology that makes them work – blockchain. This is a decentralized public ledger of digital transactions that are highly secure, given it is sustained by a network of computers. Plus, there is no third party involved. The technology is no longer a newly emerged and unknown one, and cryptocurrencies have become the center of attention. Since Bitcoin was launched in 2009, this first cryptocurrency’s value has reached $1.1 trillion. The next incredibly popular cryptocurrency is Ethereum, with a market capitalization of $515.7 billion. So, there is no denying that these digital currencies have gained more and more momentum in recent years.

But what about meme coins? Such tokens are based on the continuously thriving trends of memes. Dogecoin, for example, was created in 2013 by two software engineers who based it on the famous so-called “doge” meme of a Shiba Inu dog. What started as a joke ended up being one of the largest cryptocurrencies when it comes to its market cap.

Simply put, meme cryptocurrencies take inspiration from popular memes trending on social media. Given this link and the fact that meme coins are generally driven by the online community, they tend to be rather volatile compared to other cryptocurrencies. Social media trends and the popularity of a meme can influence the price of meme tokens. Nevertheless, their popularity is increasing, thanks to digital-savvy individuals of the younger generation who are the main characters driving social media buzz. Dogecoin and meme tokens, in general, are driven by emotion and fueled by the power of social media networking sites. This is where TORG strongly comes in with a new and even fresher perspective.

Why will TORG redefine meme tokens?

Launched only a few months ago in July, this new crypto coin has rapidly gained a popular follower base. Although TORG is a relatively young digital coin, it has managed to create a significant hype around it, among the multitude of well-established and known cryptocurrencies developed so far. Judging it only by its initial success, and you are immediately interested.

TORG takes the meme cryptocurrency to the next step by introducing the utilimeme with an ambitious and promising vision at its core – to shape a better financial future. So, the best way to describe TORG is as the first utilimeme driven by sustainability and focused on providing equal development opportunities. Until now, no existing meme coin has ever had such a utility-focused mission. But TORG will redefine meme tokens given its goal of contributing to global human development.

Incredibly ambitious, indeed. However, it is also highly promising, and it has already aligned with many people’s investing individual goals. Not only is TORG a cryptocurrency revolutionizing this industry with its concept, but it has also adopted complete decentralization and embedded the rules in cryptography.

The success of TORG so far

Ever since its launch on the 20th of July, when it began trading on leading Global Exchanges worldlike, such as Uniswap, BitMart, CoinsBit Global, WhiteBit, or LA Token, TORG has managed to maintain momentum, keep gaining popularity, and expanding its reach on many other trading platforms, thanks to its ambitious new concept.

Therefore, the success of TORG so far is generated by its mission of combining the solid and increasing popularity of memes with the demand for sustainability and global utility meant to achieve human development. Plus, the numbers clearly show the promising evolution of TORG. This utilimeme’s daily transaction volumes have increased significantly and steadily since its launch. During the weeks leading up to the end of September, TORG’s transaction volumes managed to reach $4.4 million. There are no doubts surrounding progressive user adoption.

Since then, the numbers have continued to show a constant increase in volumes. According to CoinMarketCap, TORG’s transaction volume at this moment has reached $14.7 million. Looking at other relevant numbers, you can notice that TORG has a relatively low entry point, with one of this utilimeme’s tokens being $0.003777. This means that you can make a somewhat significant purchase. Such a case can be helpful to beginner investors who want to take their time when investing in cryptocurrency. What’s more, the evidence points out that despite this low market value, TORG’s fame is untouched.

Looking ahead into TORG’s future

TORG Foundation, the force building this innovative utilimeme, has clearly stated they are committed to providing full transaction transparency given by a completely decentralized system. Plus, the TORG Foundation is not able to predict the token’s price changes. Looking ahead into TORG’s future, one can assume that it will redefine meme tokens, and perhaps, the entire crypto market.

From the successful launch of TORG only a few months ago, which pointed out that this utilimeme is able to provide promising results, to the current increased volume transaction, the future looks bright for TORG. What’s more, with the highly ambitious yet promising and enticing concept-mission of growing economic activities and driving financial development while keeping the sustainable promise of keeping the carbon footprint to a minimum, there is no denying that this meme token turned utilimeme, TORG, manages to capture more and more attention.

Another significant aspect of the TORG Foundation’s mission is protection against inflation. The company had created a limited amount of TORGs – more specifically 777 billion – which were generated and distributed when this digital coin went live in July. Therefore, this supply of TORGs cannot be mined, according to the cryptocurrency’s smart contract. A result of this is the fact that the digital coin remains unaffected by inflation.