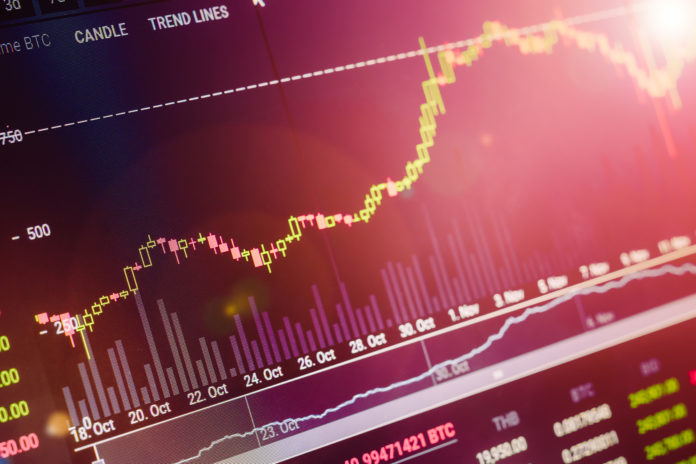 When the price of crypto currencies move, it generates a robust reaction throughout the globe. It appears that the news permeates into customer curiosity, which increases the number of search terms that are used on Google and other search engines. In fact, the news reaches the Twitter universe and is captured in both Google and Twitter trends. The demand for digital assets continues to expand, as new brokerage firms announce they will enter the market.

In a recent paper, esearchers gathered data on Twitter mentioning Bitcoin and Ethereum as well as performing the same task using Google trends. Building on the ideas of previous research, the hypothesis was that the number of tweets and their sentiment can influence prices. In the study, it was uncovered that the number of tweets and Google searches changes first before prices do on iFOREX. This means the ideas are floated throughout the internet community before they are reflected in the price of a crypto currency.

Both Google and Social media outlets such as Twitter can monitor terms that are used throughout the internet. This provides traders with a gauge for the chatter across the internet universe. Capturing this data and forming an anaysls based on current prices is a technique that is used by many stock and currency traders. Algorithms are set up to analyze commentary and determine whether that is positive or negative for stock prices. For example, on Sunday, May 5, 2019, the US President Donald Trump tweeted about trade issues with China which sent the Chinese stock market down 7%.

Fidelity is Entering the Cyrpto Market

Its clear that more and more companies are attempting to figure out how they can benefit from the crypto currency market. Recently it was announced that Facebook is trying to put out its own coin. Fidelity Investments, which began a custody service to store Bitcoin earlier this year, announced that it will buy and sell the world’s most popular digital asset for institutional customers. Fidelity is one of the largest asset managers in the world. The firm said in October 2018 that it would offer over-the-counter trade execution and order routing for Bitcoin.

Fidelity would join brokerages E*Trade Financial Corp. and Robinhood in offering cryptocurrency trading to clients. Fidelity released a study that found that its clients believe that digital asset is worth the investment risk. Nearly 50% of the respondents were positive on crypto currency investing. Fidelity polled more than 400 investors and more than 70% prefer to buoy assets that hold digital investments.

The issue that was first on many of the respondent’s minds is that crypto currencies continue to be plagued with fraud and regulatory issues. For example, the NY attorney general accused Bitfinex of hiding the loss of $850 million in client and corporate cash.

Its clear that more an more companies are trying to enter the crypto currency market as the demand for digital assets continues to rise.

Crypto Meets Techno and Binance Security Breach in the Weekly Update From Bitcoin.com

Crypto meets techno with BCH-inspired music and discussion of the aftermath of the Binance security breach. In addition to learning...