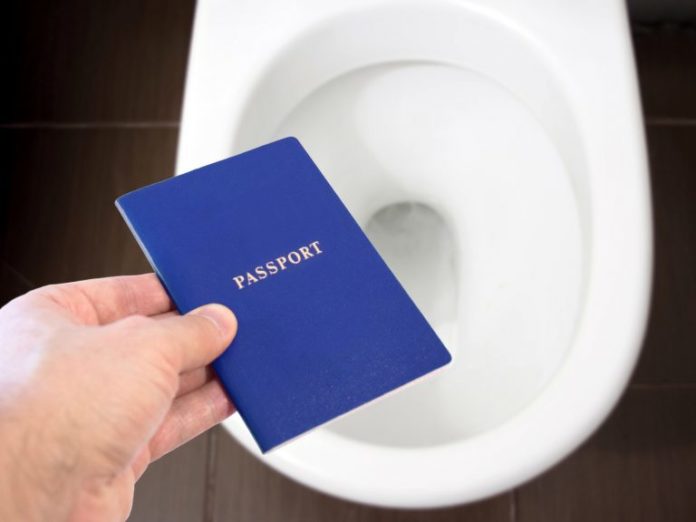 Andrew Henderson is the founder of Nomad Capitalist, a company which helps people from around the world move to different countries while minimizing their tax obligations. In recent years the company has created plans for dozens of people who made their wealth from the cryptocurrency sector, including business owners, traders, investors and consultants. News.Bitcoin.com interviewed Henderson to learn about the process and specifically how it relates to U.S. citizenship.

US Citizenship Is Costly and Toxic

What makes the plight of Americans stand out is that the U.S. applies its own taxation system on its citizens no matter where in the world they live, which includes its ever-changing rules in on cryptocurrencies. This is in contrast to most countries where taxes are linked to residency.

The Trump tax reform made the taxation of cryptocurrencies worse according to Henderson. So if you’re an American living overseas with crypto income you can’t pay zero taxes. “Basically, there is no way to escape tax if you’re in crypto. Even if you live outside of the US 365 days a year, you will probably pay a substantial amount of tax of your crypto,” he lamented. Obviously, some people in this situation will just not report their cryptocurrency earnings to the IRS, but that opens them up to legal problems.

Beyond the tax issues, U.S. citizens are also facing limitations on who they can work with due to companies’ fears of dealing with American regulations. In the crypto space there were many ICOs, for example, that banned U.S. citizens from investing, but some banks around the world are also banning U.S. citizens from opening accounts with them. “There’s a lot of financial institutions around the world that view US citizens as toxic, and I think that the US may make regulations more difficult for people in the future,” Henderson explained.

Where Do They Go and How Long Does It Take?

For people who want to sell as little of their crypto as possible, it makes sense to go with a citizenship by investment program, according to Henderson. “The Caribbean is generally good enough so there’s no need to go to Malta. Dominica, St Lucia, Antigua, are basically the cheapest ones. There are minor differences between them,” he explained. “There are many different passport options but I think that if you have any decent amount of crypto you should do citizenship by investment because you get the immediate effects and you reduce your opportunity cost.”

As for cryptocurrency investors selecting a new residency, it’s all over the map. Some people even become perpetual travelers, taking a Dominican passport and then traveling around the world. However, people generally want to go to a country that is tax-friendly. “What I recommend is the trifecta approach. My fiancé and I live in Malaysia for four months, we live in Montenegro for four months, four months somewhere else,” Henderson gave as an example.

People can get citizenship by investment, passport in hand, in about five to six months depending on how organized they are with the paperwork according to Henderson. His company’s cases process a little faster than people who do it on their own because Nomad Capitalist know how to fill out the large amount of paperwork involved. Going through naturalization can take two to five years.

How Much Do You Need to Make It Worth Renouncing Your US Citizenship?

Asked how much a person needs to have to make it worth the investment, Henderson replied: “Look at it as an insurance policy. How much you need to have before you take out more car insurance limit to avoid being sued if you hit somebody? It’s a personal decision. I think if you have a million dollars, you should have a second passport. If you don’t want to renounce to avoid the tax issues, you should at least find a country where you can work towards the second passport through naturalization.”

He also recommended people try applying for two or three of those countries to make sure that one or two come through. And if you’re paying $100K in tax, buying citizenship by investment will give you a 100% return on investment according to Henderson, in addition to freeing you from the system.

“The equation is different for everybody, there are some people who would say ‘Listen, I don’t care if I can save 10 million dollars, my US citizenship is worth more.’ No doubt, there are people in China, etc. who would pay 10 million dollars for US citizenship. That’s a personal discussion. My goal is: if I can make an ROI in six months or less, it’s worth it. If you look how much you’re going to save in the long run, you save the money every year, [and] you’re freeing yourself from what I call ‘a psycho ex-girlfriend’,” Henderson opined.

As for client reactions to being told they should renounce their citizenship, Henderson said it gave him a lesson on human behavior. “People, especially men, it’s hard for men to be vulnerable. They say ‘Yeah, I’ll renounce! Yeah, I’ll buy a passport!’ and then when they talk with the rest of the team who is about to help them proceed with the plan we hear: ‘Well, I’m concerned about it…’ When we say that renouncing is the best thing, most people get concerns or they delay the process. The problem is, you don’t know how it works until you do it, and once you do it – you can’t undo it.”

Would you consider renouncing your citizenship? Share your thoughts in the comments section below.

The post Why Cryptocurrency Investors Are Renouncing Their US Citizenship appeared first on Bitcoin News.

Binance Hackers Stole Only Bitcoin For This One Important Reason

Hackers stole $40 million in Bitcoin from cryptocurrency exchange Binance specifically because they trusted it most. ‘Bitcoin Ledger is the...