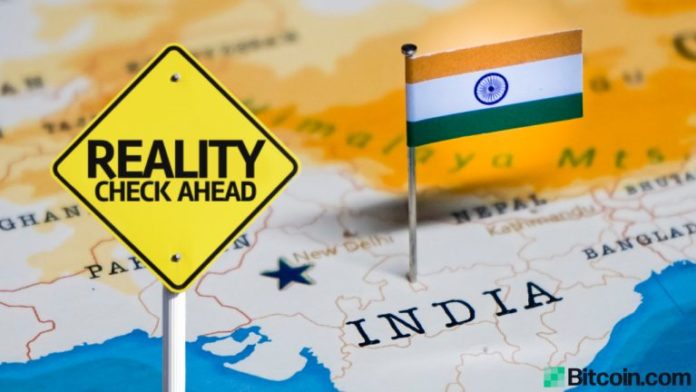 There has been some confusion over whether India will ban cryptocurrency, including bitcoin, following recent reports of a note being circulated by the government. News.Bitcoin.com interviewed executives of five cryptocurrency exchange platforms in India to find out the truth about the news.

Talks of the Indian government banning cryptocurrency have resurfaced following a report by the Economic Times of a note being circulated by the finance ministry regarding a crypto ban. However, the report is unverified and the news outlet only cited an unnamed government official as the source of the news. Nonetheless, it has many people associate the note with the draft bill submitted to the ministry last year by an interministerial committee that proposes a ban on cryptocurrency.

Unocoin CEO Sathvik Vishwanath explained to news.Bitcoin.com on Tuesday that “The movement of the note is the procedural next step after the committee has submitted the report mid last year.” Emphasizing that “This is also the needed step towards regulation for crypto in India,” he said:

A blanket ban is unlikely … Given that the supreme court did hear all aspects of crypto within India and abroad and have taken a stance to support the industry, the old report may be considered outdated. From the information that we have, the industry players will be invited to intervene while forming the regulation for crypto.

Wazirx CEO Nischal Shetty strongly believes that the Indian government will not ban cryptocurrency. He told news.Bitcoin.com Tuesday: “I’m positive that India will not take a regressive stance on crypto by putting a blanket ban. When it comes to regulation, I’m sure that India will follow the footsteps of developed countries like Japan, USA, UK, Australia, and more which have embraced crypto.”

Pointing out that “the news which is based on a note does not clarify whether the finance ministry intends to work upon the old draconian crypto bill or whether they plan to work on bringing a new bill,” he affirmed: “I don’t think there’s anything to worry about the note as of now.”

India generally looks for a precedent when it comes to creating complex laws. With none of the developed economies having banned cryptocurrencies, it is going to be very difficult for Indian government to roll out a feasible plan for banning cryptocurrencies completely.

Discussing the likelihood of a crypto ban in India, Vijay stated that the government is faced with two major issues. Firstly, “If India bans crypto, they need to be able to enforce the ban,” he remarked. “Because of the nature of the product, it would be very difficult for our government to track cryptocurrency holders and implement the ban. On the other hand, a regulation will grant them access to data with which they can efficiently govern/track/tax the cryptocurrency usage.” Secondly, he noted that “If India bans crypto, but crypto becomes mainstream, [India will be] missing out on millions of dollars of revenue and job creation opportunities.”

Coinswitch Chief Business Officer Sharan Nair reiterated to news.Bitcoin.com that “The news of a possible crypto ban in India is not a new development. This bill was proposed a year and a half back.” He opined: “What needs to be considered is that a lot of positive developments have happened in the Indian crypto space since then, namely the supreme court lifting the banking ban on crypto and multiple Indian crypto companies raising funds and ever-growing customer enthusiasm. We are hopeful that the authorised bodies would consult all stakeholders in this matter before coming to a decision.”

In March, the Indian supreme court quashed the banking ban by the central bank, the Reserve Bank of India (RBI), after many hearings. The RBI subsequently confirmed in a response to a Right to Information (RTI) application by Unocoin cofounder B.V. Harish that there is no ban on cryptocurrency exchanges, businesses, or traders in India. The Indian government and the central bank have independently indicated that cryptocurrency, including bitcoin, is legal in India. How Are Indians Reacting to the Crypto Ban Rumor?

The five exchange executives also shared with news.Bitcoin.com how Indians are reacting to reports of the possible ban on cryptocurrency and whether they are seeing any change in trading behavior on their platforms.

“There have been speculations about crypto ban in the past as well. There are more than 5 million crypto users in India, and I’m confident that our prime minister won’t let us down,” Wazirx’s CEO stressed, elaborating:

The day the news broke out created a mild panic among the community. However, we have not seen any difference in the trading behaviour on Wazirx since then.

Unocoin also has not seen any changes in trading activities on its platform. “We have not seen any change in the trading behavior but our customer care has received numerous calls asking our comments about the article. We continue to monitor the user activity on the platform since the news broke and now it is already a few days, it is unlikely to cause any noticeable change henceforth,” the CEO told news.Bitcoin.com.

The impact is also minimal at Coinswitch and Buyucoin. “We haven’t seen any changes in the trading behavior as such but there has been a lot of queries. Users want to know what will be the future course of action for them and for us as an exchange,” Coinswitch’s executive revealed.

“We didn’t see any impact of that news in the trading behavior and people on our platform are trading as usual also it was unverified news as the source was not identified and hence people didn’t take it seriously as similar news were out in the past,” Buyucoin’s CEO detailed.

Similar news has come multiple times in the last four years, but nothing concrete has followed.

“So old hands are unfazed with this news and it has been business as usual for them,” the Giottus executive clarified. “For the new users, they are having some doubts regarding this proposal and we had to educate them on how the concept is still in its early stage and there is a long way ahead for this internal cabinet note to be converted into a bill. And in these tough times, the customers also understand that the government has other priorities.”

Effects a Crypto Ban Will Have on India

The exchange executives further shared their thoughts with news.Bitcoin.com on how a ban on cryptocurrency would affect India. Wazirx’s CEO asserted:

We’re in the middle of an economic meltdown, and millions of people have lost their jobs due to covid-19. Crypto is one of the very few sectors that is hiring today. It’s in India’s best interest to encourage such a fast growing sector. A ban would lead to projects and talent to move out of India, and affect the economy adversely.

He additionally described: “It will also discourage venture capitalists to invest in Indian startups. We don’t want that. Wazirx and Binance have a $50M fund exclusively to invest in Indian blockchain and crypto ecosystem. There will be many more funds that will be launched for crypto ecosystem in India. I’m sure our government wouldn’t want to lose out on such large capital investments in the country.”

Buyucoin’s CEO concurred, noting that “crypto adoption in India is increasing at a rapid pace, so banning it would be a complete loss of control over cryptocurrency-related activities and other monetary benefits Indian government could get.”

Unocoin’s CEO chimed in: “I would consider it to be very inefficient. Presently the significant crypto activity is happening through exchanges and every exchange is doing their KYC and AML checks which are forming anchor points on the blockchain. Crypto ban would push all activities underground. It would be like punishing the legitimate business and industry for being afraid of the bad actors.”

Coinswitch’s executive foresees a “drastic” effect. In his opinion, “Many companies will either shut shop or move to other countries with crypto-friendly laws. The whole innovation around public blockchain infra in India will come to a standstill. It will also have a futuristic impact on the global crypto/blockchain industry as India is an important market.”

Giottus’ cofounder outlined the effects of a crypto ban in some detail. “We see India losing out on multiple fronts if a ban is ultimately enforced in India,” he began. Firstly, he expects that “Some of the users will leave crypto forever, while some will continue trading in cash and become untraceable. This will lead to a parallel economy being created that is unregulated. Because of the very nature of crypto, it would be a big headache for law enforcement authorities to track and trade these activities.”

Secondly, he emphasized that “Indians will miss out on the biggest investment opportunity of this century, if bitcoin continues to do what it has been doing so far.” Moreover, he pointed out that “India is one of the major exporters of software services and this forms one of the biggest contributors of foreign exchange and tax revenue for the country. If crypto/dapps were to become mainstream, Indians will be missing out on a huge opportunity in terms of job creation and revenue.”

What do you think the Indian government will do about crypto? Let us know in the comments section below.

Bitcoin has slipped by more than 9 percent from its quarter-to-date top near $10,428. The move downhill has initiated a...