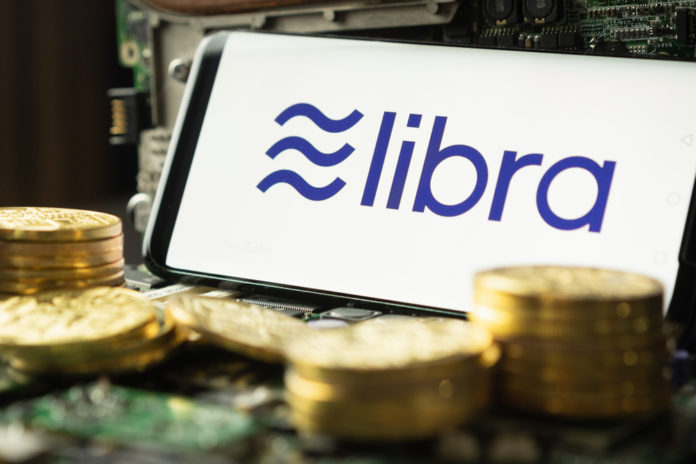 1.Facebook’s Libra. Is it an asset to the crypto industry or a liability?

2. Will Libra take the crypto industry to new heights or anchor its growth?

3. Is Libra good news for the crypto market or a bad news?

TAKEAWAY: Facebook is stepping in the world of digital currencies with the launch of Libra, but with the problems it is facing with the regulatory authorities, it’s uncertain whether it’ll go live or end up being a dream project.

With a user base of 2 billion and growing, Facebook is one of the biggest social media platforms on the internet that is used daily. Facebook is the platform that is used to the media attention they get, whether it is good or bad. However, things changed this year when they announced the launch of their digital currency.

On 18th June 2019, Facebook announced the launch of its digital currency named Libra. The project is a partnership with Libra Association, an independent non-profit organization and, would go live by the mid of 2020. The creators of this project are Morgan Beller, David Marcus, and Kevin Weil. Along with Libra, they also announced the launch of a digital wallet named Calibra that will handle the user data storage and manage the funds.

Note: Earlier, David Marcus, who is the vice president of Facebook, was working with the platform Facebook Messenger. In 2018, he moved to the development of Libra in the new blockchain division.

David Marcus is the project head of Libra, whereas Kevin Weil is the VP of Product for Calibra. The project that started as a blockchain initiative by Facebook had over 50 engineers working on the project by 2019. The news of Libra spread like wildfire all over the internet, and it grabbed the attention of various authorities.

Facebook’s initiative to launch Libra was marked as an effort to launch a digital asset that can be accessed and accepted by people all over the world. The currency is made up of three different visions that will work together to create an environment that will create a comprehensive financial system.

The responsibility of the management of Libra Blockchain and Libra Reserve is in the hands of the not-for-profit Libra Association. Facebook created the Calibra division, as they are well aware of the incidents that have taken place in the past. The data breach incident involving Facebook left a dent on their reputation as a company.

Calibra will be a regulated subsidiary that will work for the separation of social data and financial data between the two platforms. It will be used to operate the services on behalf of the Libra network and help in creating a relationship of trust between the user and the platform.

Libra is probably one of the very few projects that have strong back end support from various industrial giants from different fields.

There are more than 20 members who are involved in the financing of the project with diverse backgrounds; these are:

Libra is another digital currency that will be launched for the world to use. But there are already so many cryptocurrencies that are circulated like Bitcoin, Ethereum, Tron, Litecoin, etc. So what makes Libra so unique?

The “not so cold war” with governments and central banks

The announcement of Libra was no less than a bright beacon as the regulatory authorities, governments, and central banks posed it to be a threat. Since then, the project has faced a lot of criticism from the authorities. The authorities have raised several questions regarding the working of the project, how the founding members play a role in it, and what is Facebook’s purpose in the project and their aim for launching this.

After the announcement, Maxine Waters of the U.S. House Committee on Financial Services Committee asked the developers and social media giant to put a pause on the development of the project. Jerome Powell, chair of Federal Reserve, stated that they have concerns regarding how Libra will deal with issues like money laundering, financial stability, and consumer protection.

Countries like France and Germany have opposed the launch of Libra in Europe, and the finance minister, Bruno Le Maire, is ready to ban its usage if needed. He believes that the launch of Libra can cause damage to the monetary policies and cause risk to the financial system. Countries like Kenya, Zimbabwe, and Australia have always been positive about the usage of crypto assets for payments.

Governor of Bank of England, Mark Carney, believes that authorities should keep an open mind for the projects. On the other hand, various governments have moved in the direction of developing their centralized digital currencies to show their opposition.

Note: China is ready to launch its digital currency called CDBC, which will be backed by the People’s Bank of China and is scheduled to launch by the end of 2019 or early 2020.

Is Libra good news for the crypto market or bad news?

Libra is facing a hard time as the regulatory bodies are taking time to understand the whole project, and all the facts stated by David Marcus, as well as the founding members, are not enough to convince them. Facebook’s involvement in the project has given the project a questionable face value.

Libra officials met government officials along with 26 central banks in September to discuss the future of Libra and to answer the questions the government officials had about the project. The progress of a project is slow, but it looks like Libra is being dragged on a road with no end. Amid these troubles, Libra is losing its partners as Mastercard, Visa, PayPal, Stripe, and Mercado Pago have stepped down from the project. More about Libra can be read on different crypto media platforms or news aggregators like cryptopanir or cryptoviral.

When the digital currency’s launch was announced, Bitcoin and other crypto-assets noticed a boom in their price, but the risk it poses on financial institutions cannot be ignored. Officials from Libra are trying hard to convince the regulating bodies that Libra will be helpful for the people as well as for the common man.

With the adoption of Libra, more and more people will get exposed to the world of digital currencies and understand the ease of such projects. However, Facebook’s past and the questions raised by the government are also crucial and cannot be ignored before any decision is made.