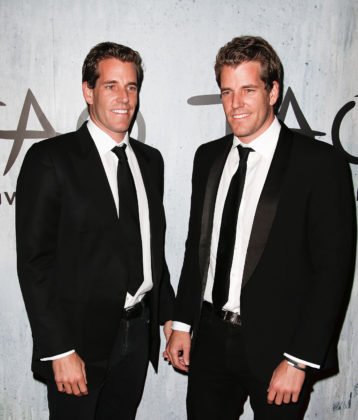 It’s no secret that the Winklevoss twins have been championing the ‘sanitization‘ of cryptocurrency. With their “fully regulated” Gemini exchange, their goal is to change the Wild West image of the fledgling industry that’s been plagued by exchange hacks, scams and fraudulent security offerings. 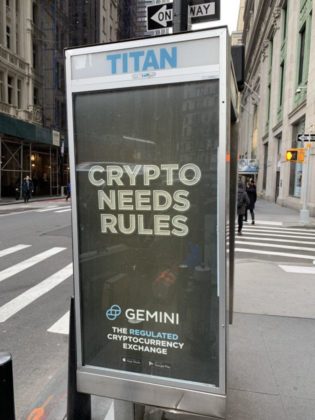 At the same time, it came as no surprise that their ‘Crypto needs rules’ billboard campaign was heavily criticized by Bitcoin users, in particular.

This is because running your own full node is the only way to enforce the rules – the rules of the Bitcoin protocol. In fact, Bitcoin was specifically designed so people can transact without having to trust anyone – even in the presence of bad actors.

Answer: Crypto doesn’t need rules, but the companies built on top of it do.

He cited an excerpt from court-appointed monitor’s third report filed in Nova Scotia Supreme Court on the matter of the defunct QuadrigaCX exchange that lost millions in customer funds.

Some have wondered why @Gemini believes the Revolution Needs Rules. Answer: Crypto doesn’t need rules, but the companies built on top of it do. See excerpt from court-appointed monitor’s (Ernst & Young) third report filed in Nova Scotia Supreme Court re: QuadrigaCX matter pic.twitter.com/Dvw8Am5H9M

Indeed, while using the Bitcoin blockchain requires little to no trust, its Byzantine fault tolerance becomes moot once funds are transferred to a custodial third party like an exchange.

This is where trust comes back into the picture, which the Winklevii say is their “product” that they are trying to build up with their Gemini exchange.

“QuadrigaCX was editing its own internal ledger to move customer funds into special accounts controlled by insiders, who were allowed to trade using those funds and even transfer cryptocurrency out to external wallets,” noted Cameron.

Every incident in crypto to date has been/would have been PREVENTABLE w/ proper rules and thoughtful regulation.

Incidents a ‘Human Problem, Not a Crypto Problem’

There are a lot of carcasses on the road of crypto that we’ve seen and learned from. At the end of the day it’s really a trust problem. You need some kind of regulation to promote positive outcomes.

Luckily, the Winklevoss twins say they are seeing massive growth in just three years. Speaking to an audience of over 700 attendees in a talk titled “To help build the future of money,” Cameron and Tyler noted how the industry is maturing.

“As crypto has grown up a lot so has Gemini. We’ve grown from 25 to 200 employees…In 2016 crypto was niche — today it is something — tomorrow it will be everything,” wrote Cameron Winklevoss in a blog post, recapping the event.

This rapid growth means that the stakes are becoming ever higher with the latest QuadrigaCX fiasco as a prime example.

Therefore, it’s time to “thoughtfully” regulate the industry, according to the Winklevii. Reiterating that “Trust is our product,” the Cameron and Tyler Winklevoss believe that even trustless cryptocurrencies will still require dealing with trusted third parties since many people will still trade their financial sovereignty for convenience.

Some argue that the protocols themselves have enough “rules.” We agree, but protocols only govern the movement of funds inside systems; they don’t provide controls or oversight for the entrepreneurs and companies that build on top of them. Every crypto incident to date has been a company (or human) problem, not a crypto problem.

In other words, the twins do not see the advent of digital gold as the end of vaults, which the Winklevii are more than happy to supply.

Do you agree with the Winklevoss twins that crypto companies still need rules? Share your thoughts below!

What Is Enjin Coin? Enjin is a social gaming platform in the world, which has more 19 million users in...