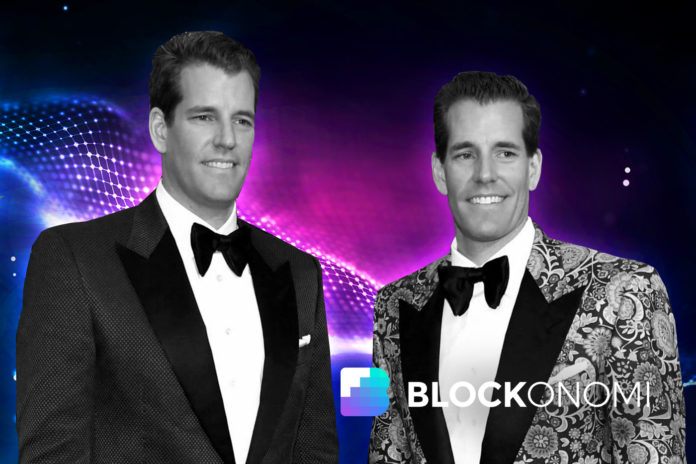 The Winklevoss twins – Tyler and Cameron believe that Bitcoin and cryptocurrencies, in general, will eventually become bigger than social media giant; Facebook.

These comments come as a renewed wave of optimism among cryptocurrency bulls begins to emerge with prices gaining significant ground after a difficult year which saw declines of more than 80 percent.

Some experts are even forecasting that 2019 will be a watershed year for Bitcoin and the crypto market in general towards achieving the lofty promises ascribed to them in the past.

Speaking during a recent interview with Telegraph, the Winklevoss twins declared that Bitcoin and other cryptocurrencies will surpass Facebook. Speaking on the matter, Cameron Winklevoss opined:

“In the first 10 years, a lot of people were like ‘Amazon isn’t competing with Barnes and Noble’. But we know how that played out. Cryptocurrency is so young, we are only a couple of years into this journey. Crypto is transferring value and putting markets on certain resources which is, like, greater, like, brings more people in, like, than, like, sharing photos, right?”

For Tyler, BTC’s added utility of facilitating payments across the Internet gives it a profound edge over social media platforms especially in the context of the emerging digital economy.

As at press time, the market capitalization for Facebook and Bitcoin stands at $458 billion and $71 billion respectively.

Return of the Bitcoin Bulls

The Winklevoss twins aren’t the only ones talking up BTC and crypto potential. In 2019, prominent industry experts have begun to offer optimistic projections for the market. While such a trend isn’t a novelty in itself, the fact that it is coming after 14 months of bearish conditions might signal a renaissance for virtual currencies.

Earlier in the year, Tom Lee, the Fundstrat co-founder declared that many macroeconomic trends that worked against the market in 2018 had flipped. According to Lee, these market factors will, therefore, act as a powerful tailwind that would push prices higher, beginning in 2019.

For Lee, 2019 is all about repairing the damage caused by the prolonged bear market of 2018. Other commentators point to the emergence of important institutional services like custody as a precursor for more growth in the market. As previously reported by Blockonomi, Fidelity Investments is set to launch its cryptocurrency custody platform.

Apart from favorable price increases, BTC bulls are declaring that the top-ranked cryptocurrency will cement its place as a recognized store of value. In a recent tweet published by Brendan Blumer, the EOS and BlockOne chief declared that Bitcoin would replace gold within the next couple of decades as the leading store of value.

Over the next two decades, #Bitcoin will replace #gold as the leading commodity to store value

Blumer’s assertions are at odds with mainstream analysts from JPMorgan who say BTC would only make sense in a dystopian economy. In a report published earlier in the year, analysts at the Wall Street bank debunked BTC’s suitability as a store of value saying there were much easier assets to consider.

The market capitalization for the global gold market currently stands at $7 trillion. If Bitcoin manages to match such a valuation, then one unit of the top-ranked cryptocurrency would be worth more than $300,000.

Where Blumer sees BTC as the replacement for gold, Twitter CEO, Jack Dorsey believes Bitcoin will become the native currency of the Internet. Dorsey, who is also the CEO of Square; the payment platform, also said that he continues to increase his exposure to BTC by acquiring more of the top-ranked cryptocurrency.