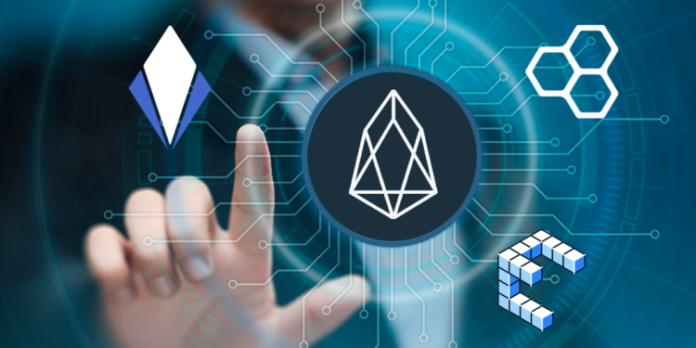 With continuous system updates, a vibrant community, and more than a year of momentum behind it, Equilibrium continues to evolve into an essential decentralized finance service. The two latest changes to the platform — an increased circulation cap on its USD-pegged EOSDT stablecoin and a compelling integration with pTokens technology — stand to push it over the top, giving people enhanced tools for making their digital assets more productive.

Equilibrium users generate EOSDT because it offers them the most effective way to raise price-stable liquidity at 1% APR against collateral of their volatile crypto assets. It furthermore offers them a number of passive income streams — our savings pool and REX integration make it possible for users to earn interest on assets they stake to our system. Where this previously depended entirely on EOS cryptocurrency, pTokens technology now makes our platform compatible with Bitcoin, the most popular cryptocurrency in the world.

The technology behind pTokens makes every cryptocurrency compatible with every blockchain. We already use it to turn EOS into pEOS, making EOS and other EOS tokens fully functional in an Ethereum ecosystem. Now we’re using it to represent and interact with BTC tokens on the EOS blockchain, making Equilibrium the first ever EOS-based DeFi project to support Bitcoin.

As Bitcoin is the most popular cryptocurrency out there, this opens the door to new liquidity for the EOS ecosystem while driving interest in BTC-based DeFi. The user experience must be seamless and intuitive, of course, and pTokens lets Equilibrium users collateralize BTC in an EOS-based environment with two easy steps: users deposit their BTC and collect the EOSDT it generates.

The Bitcoin market offers unparalleled liquidity and trading volumes, so our new Bitcoin support means we can safely raise EOSDT’s circulation cap from 70 million to 170 million. (Compare this to MakerDAO’s debt ceiling of 123 million for its DAI stablecoin.)

We use a top-down free-float approach and a bottom-up instant market liquidity approach to gauge the risk of concentration in a particular collateral asset. The new EOSDT supply cap reflects our analysis — in the case of BTC, the supply cap of some $117 billion came out to 100 million EOSDT. In short, new liquidity will flow to Equilibrium’s smart contracts to support more EOSDT than ever before.

And this is only our second (after EOS) form of supported collateral — we are working on a true cross-chain interoperable system that will support ETH, TON, Tezos, and more.

“As a stablecoin, EOSDT already challenges traditional concepts of value and how we can translate it in our digital world,” said Thomas Bertani, founder of Provable Things, the development team behind the pTokens project. “With Bitcoin now providing additional collateral for EOSDT, we unite the world’s traditional reserve currency, the US dollar, with the most used and popularised digital asset to date. This marriage between fiat and digital currencies creates layers of liquidity and a unique collateral base that traditional currencies simply cannot provide. We’re excited to team up with Equilibrium as they redefine “stable” value for the digital asset class.”

“BTC is the most major digital asset that companies in this space can support,” said Alex Melikhov, CEO and founder of Equilibrium. “Liquidity is one of the first challenges that a DeFi framework must overcome, so Bitcoin compatibility is a major achievement for securing Equilibrium’s future. This integration makes it possible for billions of dollars in fresh liquidity to make its way to EOS-based decentralized finance.”

Launched in April 2019, Equilibrium has been continually developing its DeFi framework to bring stability and predictability to the volatile crypto market. Its flagship product, the EOSDT stablecoin, is pegged to the US dollar while being derived from the overcollateralization of digital assets. EOSDT smart contracts hold over $10m EOS collateral (the most of all EOS-based DApps). EOSDT has lower collateral requirements (130%) and robust price feeds that supply prices once a minute and helped sustaining in the latest market crash