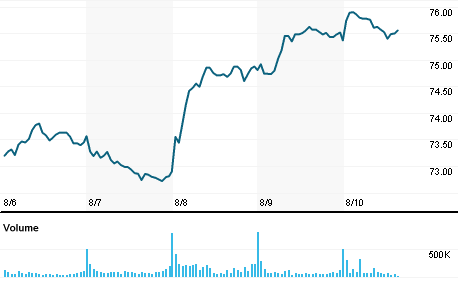 Commonwealth Bank of Australia (CBA), the largest bank in the country, has been mandated by the World Bank to arrange a bond issue exclusively on a blockchain, according to a press release Aug. 10.

CBA will reportedly arrange the first bond globally to be “created, allocated, transferred, and managed using blockchain technology.” The Blockchain Offered New Debt Instrument (bond-i) will be issued and distributed on a blockchain platform under the operation of the World Bank in Washington, and CBA in Sydney.

The two organizations are using a private Ethereum blockchain, but the CBA “remains open” to alternatives as “other blockchains are developing rapidly.” Microsoft conducted an independent review of the platform to assess its security and resilience. CBA Executive General Manager of Institutional Banking & Markets International James Wall said:

“We believe that this transaction will be groundbreaking as a demonstration of how blockchain technology can act as a facilitating platform for different participants.”

According to the CBA and World Bank, using blockchain technology will simplify capital raising, trading securities, speed up operations, and “enhance regulatory oversight.” The World Bank issues $50-60 billion in bonds per year for sustainable development in emerging economies.

In July, CBA successfully delivered a 17 ton shipment of almonds to Europe using its new blockchain platform to track the cargo from Melbourne to Hamburg, Germany. The platform is underpinned by Distributed ledger technology (DLT), Internet of Things (IoT), and smart contracts.

In Thailand, the Thai Bond Market Association (TBMA) revealed that it would deploy a blockchain solution on its registrar service platform. The new platform will reportedly allow the TBMA to provide faster bond certificate issuance which, in turn, will boost the liquidity of the secondary market. The blockchain solution is scheduled to be introduced later this year.