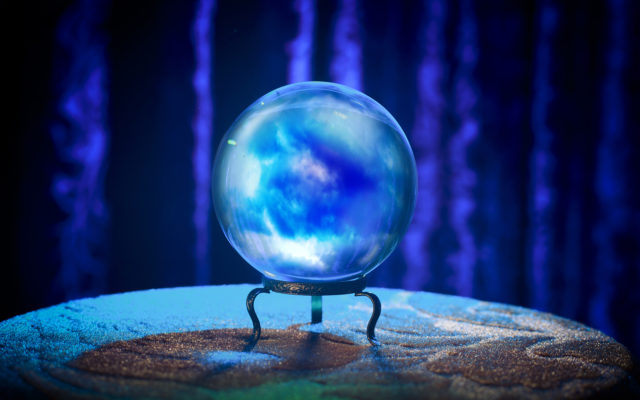 Ripple’s XRP cryptocurrency is stuck at $0.29 – but this does not prevent its supporters from dreaming big. The asset, which peaked above $3 and never returned to those valuations, is facing renewed enthusiasm ahead of the annual Swell conference.

Predictions are tamer this time, down from the outlandish $500 valuation which would be reached if XRP was used in all worldwide financial transactions. But @Crypto_Bitlord suggested a price of $8, an unseen record. This prognosis is surprising, given all the obstacles for XRP to recover to $1.

$8 $XRP is closer than we imagine

Others are slightly more conservative, estimating XRP price to hike between $0.50 to $1 over the next 2 quarters.

I predict $0.50 to $1.00 between December and March. If that is due to utility and more channels have opened with the same results as MG, and if they share great results at SWELL, between the news and the connection but utility and price, that is when the FOMO starts.

While some are more subdued with their predictions, suggesting a pre-Swell pump may be in order, but prices may also remain depressed.

Had this drawn up a few days ago.

If this doesn’t pump here, it’s going to be awkward as hell at Swell. pic.twitter.com/5svheMm9e5

It should be noted however, that XRP appears to have lost a lot of its initial appeal since 2017 and may never tough higher prices. With stagnant prices, selling pressure from Ripple itself, a bloated supply, and dormant Korean markets, XRP failed to budge even during the latest rally that reawakened relatively obscure coins and tokens.

Swell is coming up on November 7-8, with still enough time to see the markets perform another move. But so far, XRP remains one of the few major coins that remained unchanged for the better part of 2019, and failed to rally beyond $0.43.

At $8, XRP would stand at the top of the charts, with a market cap around $250 billion’s equivalent. Right now, all XRP are estimated to be worth around $13 billion – a full $7 billion behind Ethereum (ETH).

The Swell conference and the end of the year may also mean Ripple is keeping the best for last. Some believe the conference would come with news that could affect the price positively.

If you’re looking for price increases, most likely end of Q1 2020. More major announcements to come in Q4. SWELL will be the best.

Unfortunately, XRP is now on another sinking trend against Bitcoin (BTC), moving down near 3,100 Satoshi, from recent levels above 3,600 Satoshi. The asset is now competing to chart a path of its own, but BTC inflows are limited, as the leading coin is gaining more support.

XRP now positions itself as an asset that can be used optionally with RippleNet. At this point, it is uncertain if banks would use even the gifted XRP for testing, or simply perform transactions through the servers hosting the distributed ledger.

What do you think about XRP’s stagnant price? Share your thoughts in the comments section below!