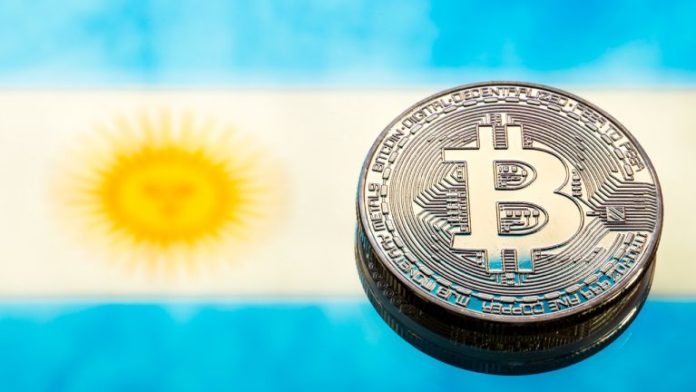 Crisis laden Argentina saw bitcoin transactions worth $1.4 million (101 million pesos) being recorded in the past week, a new high for the country.

According to a report by Vorem, this figure is nearly double the previous high of $0.96 million recorded in the last week of June.

Citizens who have previously “watched their currency lose value are now turning to bitcoin” and those finding it difficult to “transfer fiat money to other countries” now make use of the cryptocurrency.

The country’s peso currency is depreciating while the inflation rate is growing.

Already government data for the first three months show the economy shrank 4.8%. Unemployment rose to over 10% in the same period.

Meanwhile, Vorem quotes “analysts” predicting the economy to shrink by 10% by the end of 2020.

The crises are blamed on several factors including an insistence on using an overvalued currency, large scale borrowing as well as a lack of financial support by multilateral institutions.

After the crisis between 2001 and 2002, the country dollarized as it tried to restore confidence. That policy was abandoned in favor of a returning peso.

Again, prominent economists are calling for a return to dollarization but as the Vorem report suggests, citizens “might be seeking a safe haven in crypto assets” instead.

The post $1.4M in Bitcoin Transactions: New High for Argentina as Confidence in the Peso Tanks appeared first on Bitcoin News.