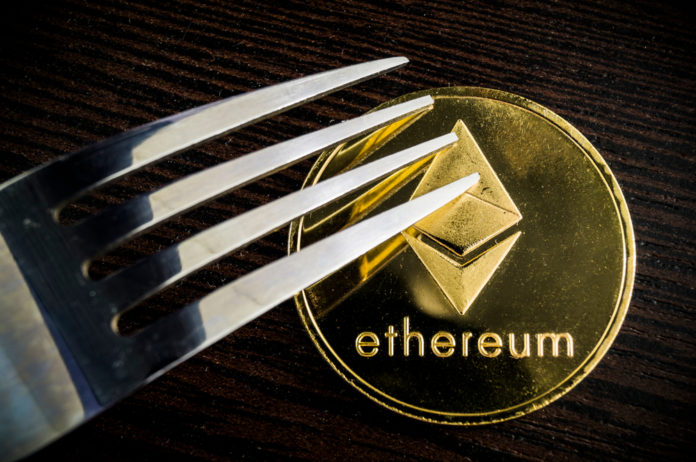 With the start of the New Year, millions around the world are currently working on their new goals and resolutions. Also Ethereum reinvents itself in January. And several times. This month, Ethereum will go through several Hardforks, the most significant of which are Classic Vision, Ethereum Nowa and Constantinople. How will this affect the stability of ETH?

3 Ethereum Hardforks should pay attention to this

The first of these three forks is Classic Vision. As of January 11, 2019, all Ethereum holders will receive three Classic Vision (ETCV) coins for each ETH in their wallets. Only one day later, the Ethereum Nowa Fork (ETN) follows. Each ETH holder receives ETN in his wallet in a ratio of 1: 1. Constantinople-Fork, taking place on 16 January, is the most important of the three. Hard Fork, planned for block # 708000000, is an important part of Ethereum’s transition from using a proof-of-work mechanism to a proof-of-stake mechanism. But what exactly does that mean for Hodler?

Will the forks reduce the value of ETH?

Ethereum is at a difficult point. Maybe now more than ever. Competitors such as Cardano, EOS and Zilliqa are gaining in popularity despite having lost 90% of their value over the past year. Adding to the fact that hard forks tend to weaken general support for a particular blockchain network is a potentially dire situation for Ethereum.

Since the Constantinople-Fork Ethereum will help launch the POS protocol, this could be the kind of positive hype that ETH needs for a bull run. Ultimately, investors need to know that ETH is currently in transition and needs to prepare accordingly.

A snapshot of the ETH network will be taken on January 11, 2019. ALL users who hold ETH in their personal wallets at the moment of the snapshot will receive 3 ETCV per each ETH after the fork.

Note: you must hold ETH in your personal wallet (Jaxx, Coinomi, MyEtherWallet, Ledger Nano, etc.) to get your free ETCV after the fork. Exchange wallets are not accepted!

On 12th of January, 2019, Ethereum Nowa Fork will happen, where the ETH owners will get 1 ETN (Ethereum Nowa) coin for every  ETH in their private wallets. The ETN Nowa roadmap says that it is going to come up with ETN desktop wallet by Q2 2019, and even mobile wallets (Android, iOS, WP). By Q3 and Q4, the Ethereum Nowa decentralized exchange and blockchain messenger is expected to be launched.

The Ethereum Nowa hard fork is in the debate because few users on the BitcoinTalk forum has warned about a potential scam related to the ETN hard fork.

The major and the most significant ETH hard fork happening between before 14th to 18th January 2019. The Constantinople Ethereum hard fork, which is the 2nd phase of the Metropolis project, is expected to be built on 7080000 blocks, improving efficiency and performance. This is undertaken as a step to transit from Proof of Work (PoW) protocol to Proof of Stake (PoS) protocol (Casper update). This is expected to make the ETH network faster and less costly to operate. It might be controversial as it would decrease the miners’ reward from 3 ETH to 2 ETH as well.

More details about the changes can found here: https://github.com/ethereum/pm/wiki/Constantinople-Progress-Tracker